Brewpublic attended the soft opening of New Old Lompoc‘s new Side Bar at the brewpub’s 5th Quadrant location. Formerly the home of the now relocated Scrap, Side Bar is a beautifully designed space with an amazing bar back reminiscent of such masterpieces as Seattle’s Beveridge Place and Port Townsend, Washington’s Water Street Brewing & Ale House. 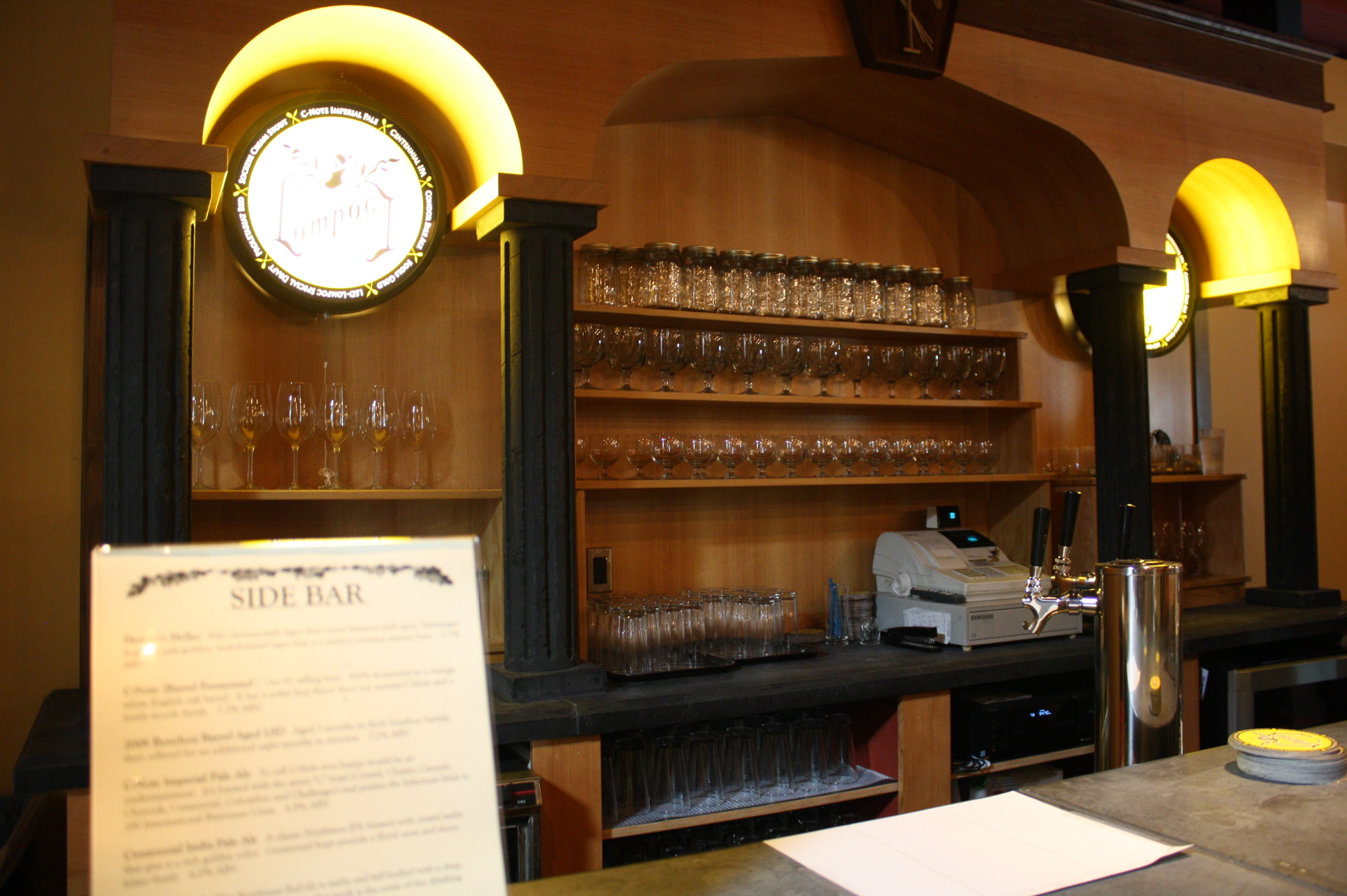 Another element that makes the cozy Side Bar so inviting is the assortment of barrel-aged beer that give the room a distinct intimacy and personality that true craft beer geeks can appreciate.

The figurehead of Lompoc’s Bald Guy Brigade is founder Jerry Fechter who was on hand along with many of the NOL’s staff including brewer Bryan Keilty, and happily greeted a crowd of Beervana’s who’s who. Beer guru Fred Eckhardt and Horse Brass founder Don Younger were in attendance to enjoy an assortment of profoundly palatable selections from Lompoc’s repertoire. This included a newly released Heaven’s Helles lager, Centennial IPA, an open-barrel fermented C-Note Imperial Pale, and the buzz beer of the night, a bourbon barrel-aged LSD (Lompoc Special Draught). Like beer with your bourbon?  This is the beer for you! Creamy, oaken notes dangled in the background amongst a barrage of boozy goodness that might stand to age at least another few years. 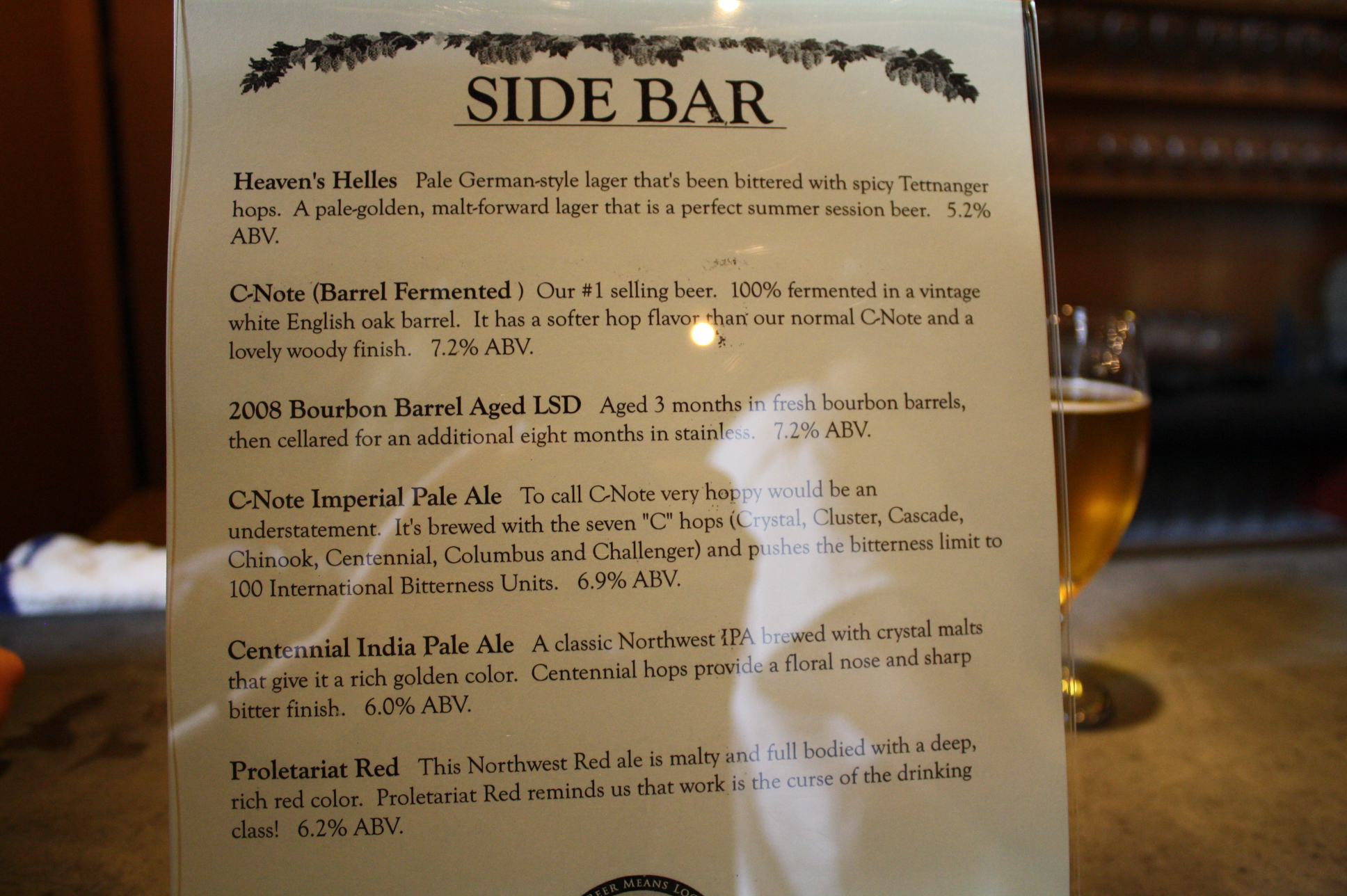 This delectable presentation of brew was accompanied by a generous spread of h’or dourves. Thank you to New Old Lompoc for this wonderful experience, and even more so for doing what you do!  Excellente!