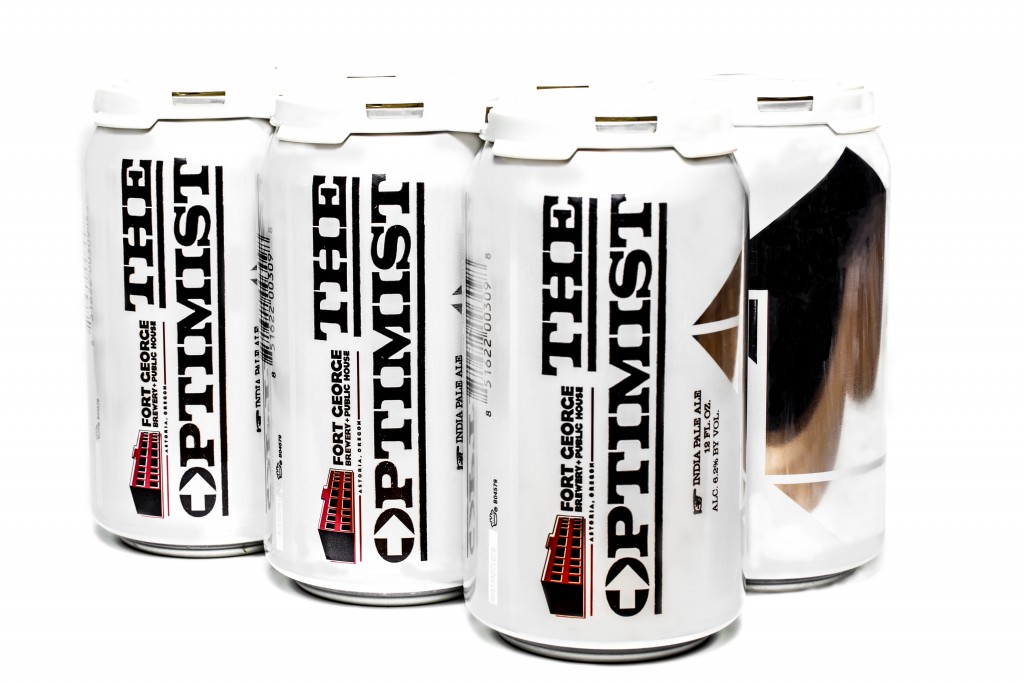 Out on Oregon’s North Coast in Astoria there are some new beers and packaging coming out of Fort George Brewery. Now hitting store shelves is Fort George’s new year-round IPA, The Optimist.

The Optimist is said to be a lively IPA with robust citrus flavor and an upbeat attitude. This alone would be great news but this new IPA will be packaged in enticing and very convenient 12-oz cans along with their very popular Quick Wit. This Belgian-style wheat beer joins The Optimist in making their debuts in eye-catching 12-ounce six-packs, a first for Fort George.

“We love cans,” says Fort George co-owner Jack Harris. “They’re perfect for outdoor activities. They completely seal the beer from light exposure and oxygen. Plus, these new 12-oz cans are produced, in Olympia, which helps in our goal to source products locally.  We’re all about giving people options. And cans. Cans are great for beer.”

Simplicity being the ultimate in sophistication, The Optimist uses a concise recipe to showcase the providential union of organic 2-row barley with Centennial, Simcoe, and Calypso hops. With a radiant golden body, buoyant head, and auspicious floral aroma, your glass will always be half-full. 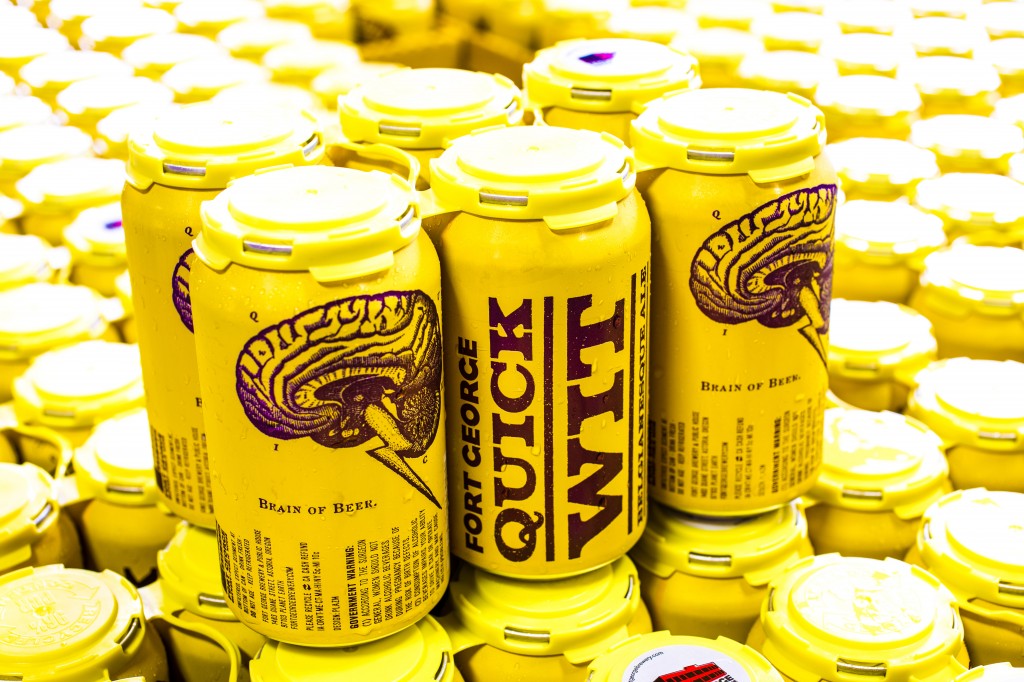 Quick Wit has been a Fort George regular from the beginning. This unfiltered Belgianesque ale consists of organic 2-row barley and wheat malts. Wit beer is traditionally brewed with orange zest, but Fort George chose to use local organic coriander, elderflower, and lemongrass to impart that citrus flavor.  No lemon wedge required.

And if this is not enough news, Fort George began canning this summer’s version of 3-Way IPA. This year’s 3-Way IPA is a collaboration with Boneyard, Block 15, and Fort George. The release date is scheduled for June 6th.

Then beginning in June, watch for the entire lineup of Fort George beer in Southern Idaho. A launch party, featuring a variety of Fort George IPAs, kicks off June 17th at Bittercreek Ale House in downtown Boise. Fort George is an exclusive Northwest brand distributed in Washington, Oregon, and Idaho.