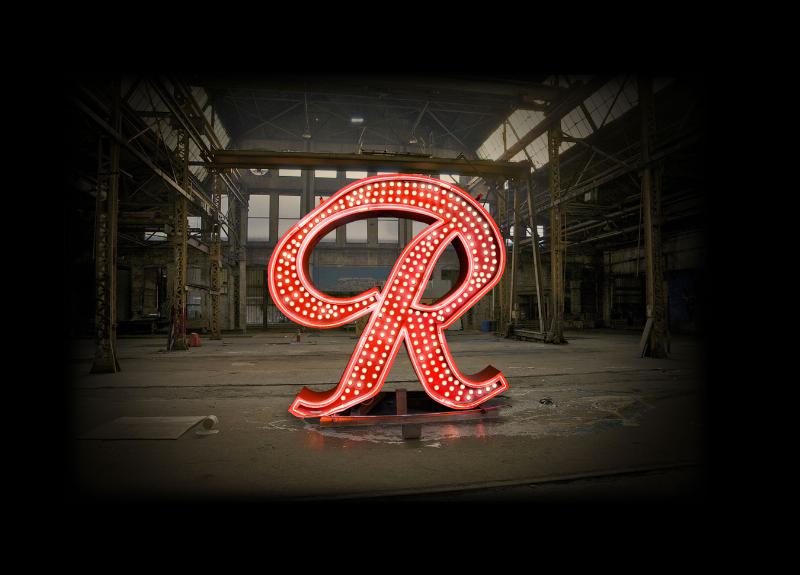 It has been many years since Rainer Beer has been brewed in Seattle, Washington but the current owners Pabst Brewing are bringing back some of Rainier’s legacy to Seattle. Later this month on October 24th the iconic Rainier “R” will once again light up the southside industrial area of Seattle along Interstate 5. Rainier will still continue to be brewed in California by MilllerCoors but at least you’ll have a nice friendly red “R” guiding you to and from Seattle.

To dedicate the restoration of the iconic red R atop the Old Rainier Brewery in Seattle’s Industrial District, Rainier Beer will host a party on Thursday, October 24 from 4 to 9 p.m. A ceremony culminating in the illumination of the R will take place at 7 p.m. that evening. The party will be free and open to the public.

“This is something we’ve been working on for nearly a year, and we couldn’t have done it without the help of our partners at Columbia Distributing, MOHAI and Western Neon, as well as the building owners at Ariel Development,” said Dan McHugh, chief marketing officer for Pabst Brewing Co., owners of Rainier. “For decades the R served as one of the great Seattle landmarks. We’re really looking forward to celebrating its return.”

The public is invited to attend the restoration celebration on Oct. 24. In addition to entertainment and a beer garden, there will be photo opportunities with the R, all 9 mythical Grazing Rainiers and a custom, branded Rainier motorcycle. All beer garden proceeds will go to the Seattle’s Museum of History & Industry (MOHAI) and the Benevolent Guild of Seattle, a nonprofit organization dedicated to raising money for Northwest children’s charities.

“Rainier has been a terrific partner throughout this process,” said Leonard Garfield, executive director at MOHAI. “The original R is a favorite attraction here at the museum, and it truly does represent a significant part of Seattle’s history. It’s exciting that the replica will soon be back where it stood for decades.”

As a prelude to the Oct. 24 party, Western Neon and Rainier will collaborate in touring the new R around Seattle on a neighborhood “R Crawl” the evening of Tuesday, Oct. 22. The R will be loaded on a flatbed trailer and towed from Ballard to Georgetown, via Fremont, the University District, Capitol Hill, Belltown and Pioneer Square. During the R Crawl, people will be given the chance to see and take pictures with the new sign.

The original R sat perched on the brewery for nearly 50 years, lighting the Seattle sky and serving as a warm welcome to those entering the city via I-5 North. Its restoration marks a return after a 13 year absence.

Rainier worked with MOHAI and Seattle sign company Western Neon to produce an exact replica of the original R. The restoration project is being paid for through a partnership between Rainier and Columbia Distributing.

Following the illumination of the R on Oct. 24, a number of Georgetown bars will host after-parties with live entertainment to continue the celebration of the sign’s return. The public is welcome to attend those festive gatherings as well. Updated information on all the restoration activities can be found at www.restorether.com.

About Rainier Beer:
Rainier beer’s roots go back to 1878, 11 years before Washington became a state. By 1904, Rainier had become so popular that the Seattle Brewing and Malting Company—brewers of Rainier at the time—was the largest brewery west of the Mississippi. By 1912, it was the 6th largest brewery in the world. It is this fabled history that lives in each can, bottle and pint of Rainier beer today. In 1999, the Rainier brand and recipe were bought by Pabst Brewing. Rainier is still made with pure spring water, golden barley and Yakima Valley hops. It can be found in stores, restaurants and bars throughout the West. http://rainierbeer.com.