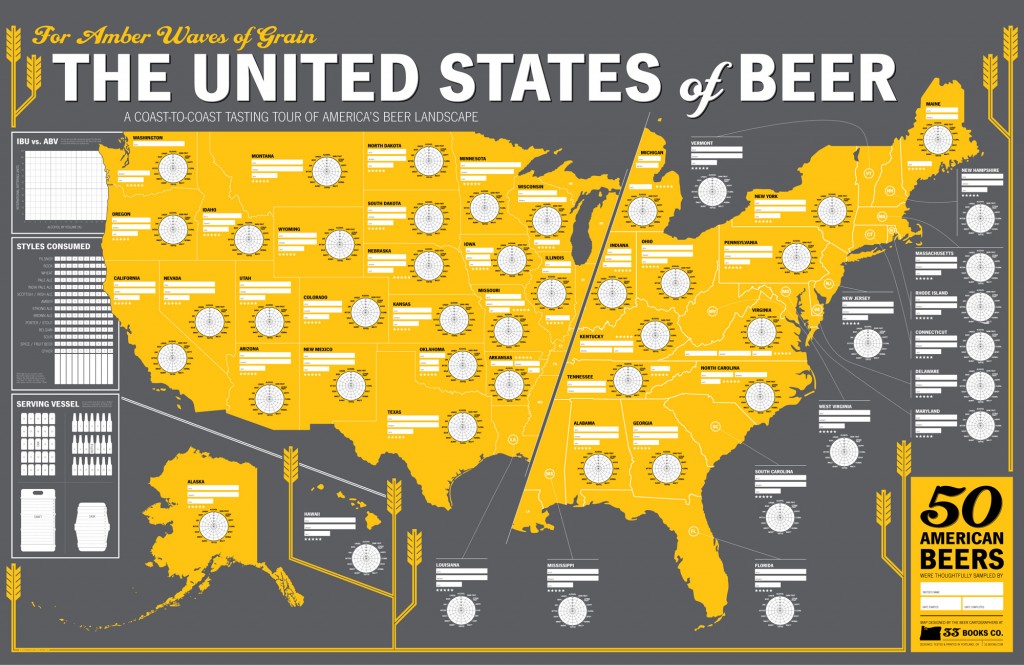 The latest in offerings from our friend Dave Selden at 33 Books Co. is a great new beer map, The United States of Beer: A Tasting Map. Living here in the Pacific Northwest we don’t always see many beers coming our way from east of the Mississippi River. Therefore this nice, new wall map can be used as sort of a beer challenge to try to acquire and drink a beer from all 50 states.

Selden developed this map based on his original pocket sized beer journal, 33 Bottles of Beer. Since its release in November 2009, this beer journal has gone on to sell nearly 100,000 copies. He has now gone on to release 33 Bottles of Wine, 33 Cigars, 33 Cups of Coffee, 33 Drams of Whiskey, 33 Drops of Hot Sauce, 33 Pieces of Cheese and 33 Bars of Chocolate. And Selden’s next journal project is 33 Ciders that he hopes will be hitting store shelves in the coming weeks.

Beyond just mapping out a beer from each state, The United States of Beer: A Tasting Map, also allows you to use the standard 33 Beers flavor wheel that Selden made famous in his line of 33 Books. With this detail this map will lead you to 50 beers from all 50 states.

State-by-State Reviews
Each state contains an area to log a beer from that state, with a place for the beer’s name, brewer, the date you tried it, and of course, the standard 33 Beers flavor wheel. For low values of the flavor, fill in dots near the wheel’s center. 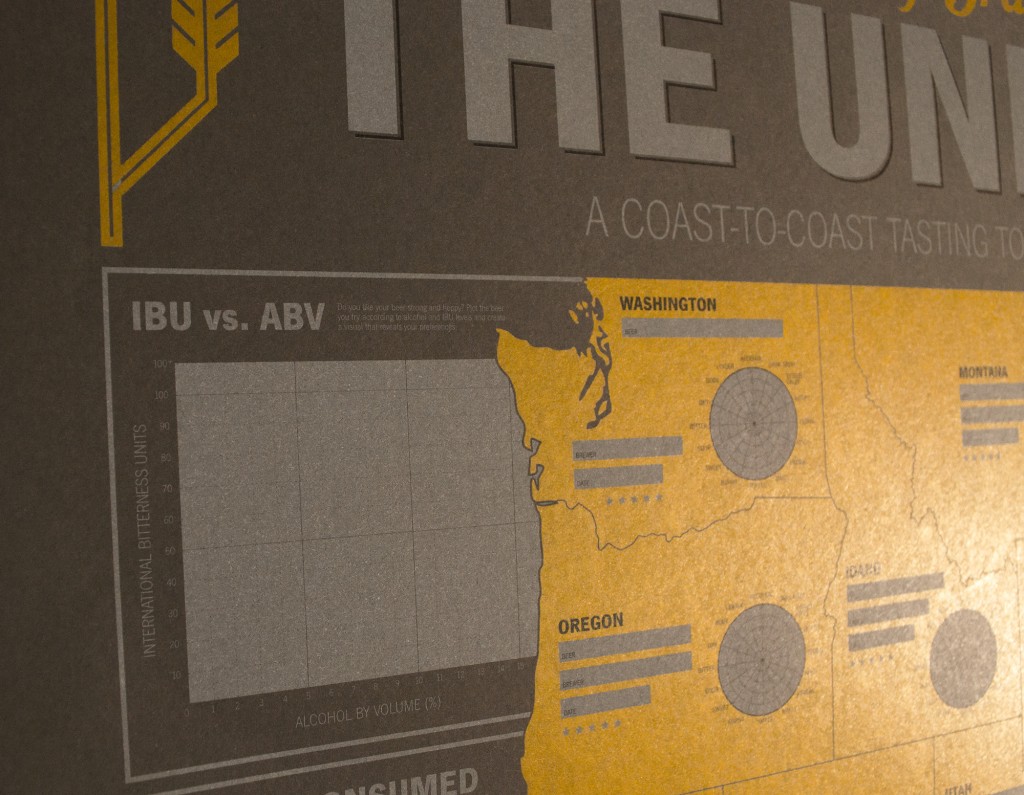 Super-Sized Map
The only way to include every state was to make this poster big. It’s a whopping 39 inches from sea to shining sea, and 25 inches tall. There’s a spot to review a beer from all 50 states, even the minuscule Rhode Island. 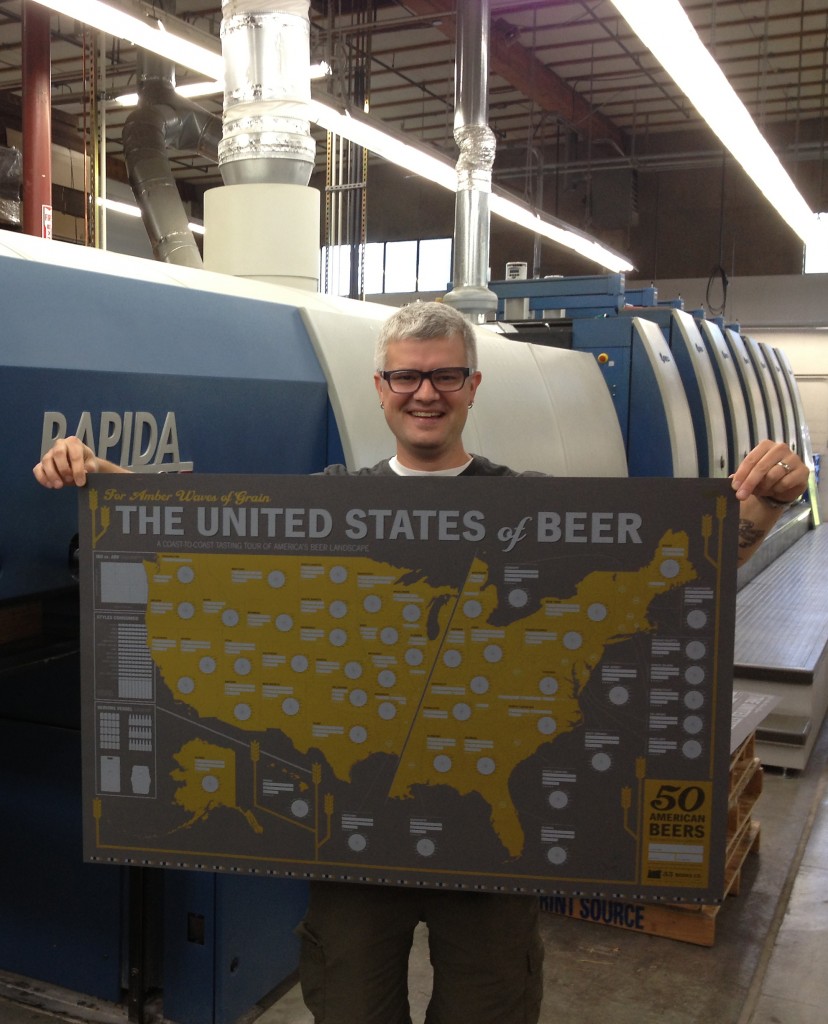 American-Made French Paper
The poster is printed on 100% recycled, chlorine-free French brand paper, made in Niles, Michigan. If you’re as big a paper connoisseur as you are a beer connoisseur, you’ll also want to know that it’s 100# Dur-o-tone cover in tough Steel Grey. The poster was printed, designed and tested in sunny Portland, Oregon with soy-based inks.

With The United States of Beer: A Tasting Map, you can journey across the 50 states of beer, trying (and logging) a beer from each state using the format you’re familiar with from the 33 Beers book. You can purchase this fine looking map by clicking here.