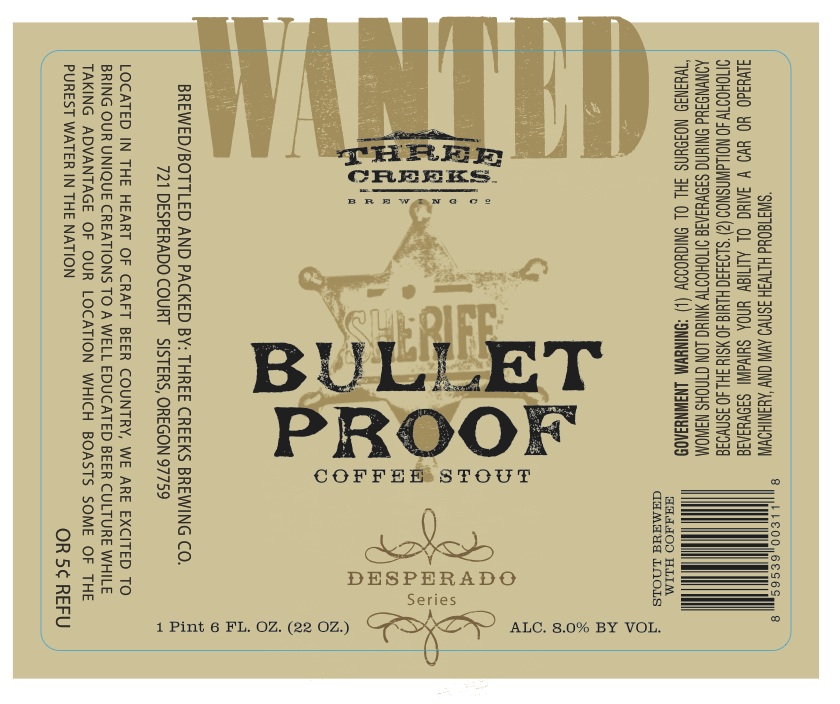 Now with six years of brewing behind them, Three Creeks Brewing of Sisters, Oregon is preparing to introduce their first beer in their new Desperado Series of beers. The Desperado Series will be a quarterly release of specialty beers starting with Bulletproof Coffee Stout, brewed with Sisters Coffee, that will be available in 22 oz bottles.

Three Creeks will be hosting three Oregon release parties to celebrate the launch of the Desperado Series in Sisters, Portland, and Bend. The schedule is as follows:

All release parties will feature Bulletproof on tap along with other delicious Three Creeks beers along with free samples of their bottled beers. Plus there will be Three Creeks swag giveaways.

Bulletproof Coffee Stout:
This collaboration with Sisters Coffee Roasters features 4 lbs per barrel of their Sumatra roast. The base beer is a big imperial stout brewed with 10 different malts and all cascade hops. The final beer is dominated by rich coffee aroma and flavor when fresh but will allow the base stout to poke through as it ages.
ABV 8% 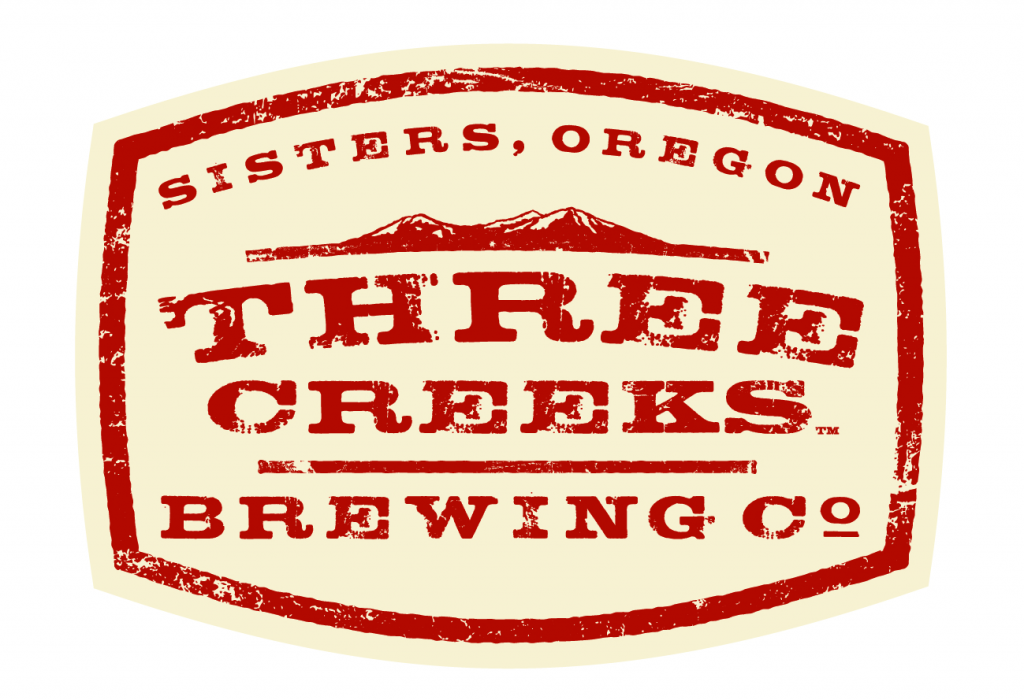