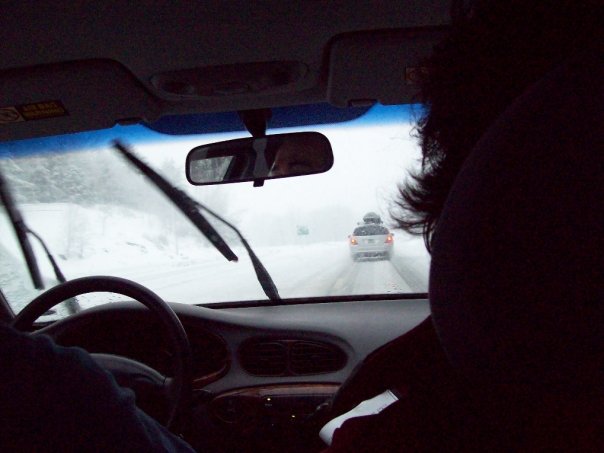 I‘m not sure what is more extreme, Boston’s Extreme Beer Fest, or simply the whole weekend itself. This involves waking up at 5:30 a.m., driving more than six hours in wintry conditions before heading to a three-and-a-half hour tasting session where you have more than 100 extreme beers over 7% ABV from 33 different American breweries. Did I mention that all those extreme beers were offered at will? 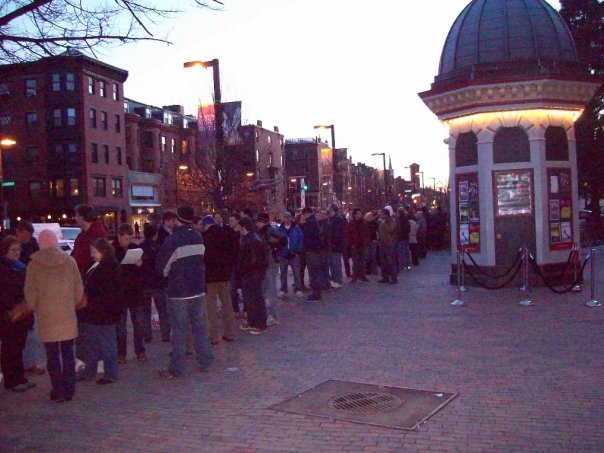 It was my second participation to this festival, the sixth edition. An awesome beer trip to say the least. If you are unsure about whether to make Boston a beer destination, this beer festival may very well convince you. The founders of Beer Advocate are known for holding a variety of other events like a Belgian fest, but the Extreme is the most interesting, according to my own opinion, of course. The festival is located in downtown Boston. The city is very nice and also provides to beer tourists interesting places to visit before and after the festival itself. I will talk of it in my next paper. 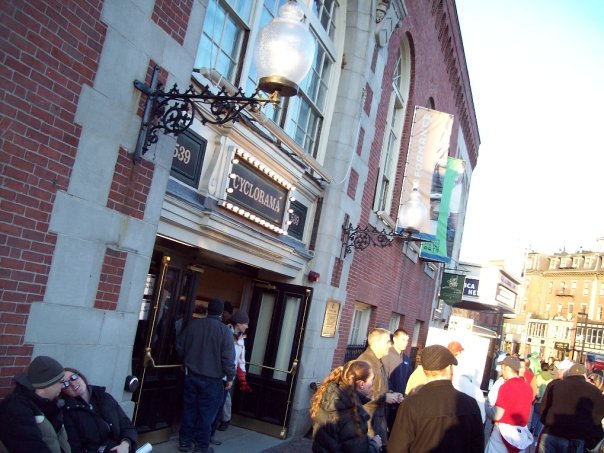 The EBF, like other major beer festival, is quickly sold-out well over a month in advance. So be sure to buy your tickets soon. The line up is quite long, so try to be there before the crowd. 800, 1000 people? Couldn’t say, but the Cyclorama is perfect for that event. Even if it’s crowded by friendly people, you don’t feel squeezed too much. A two-ounce glass is provided at the entrance and everything is offered at will for the next Three-and-a-half hours. Cheers! 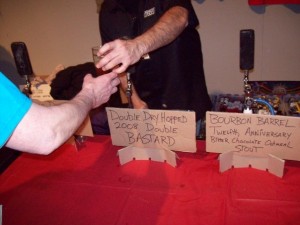 Dogfish Head was the major sponsor of the event. A conference room has been created for beer education with speaker panels formed with brewers of Dogfish, Boston Beer Co., Lost Abbey, Captain Lawrence, Bear Republic, Founders and few others. It would have been interesting to assist to those panels on a day long festival, but we had to optimise this unique tasting session. 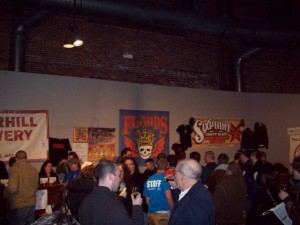 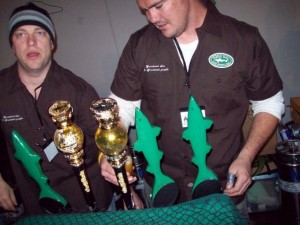 We have to make heartbreaking choices from those 33 breweries. According to my liver, it was not possible to taste everything, and it is very sad. Nevertheless, I did plenty enjoy this even 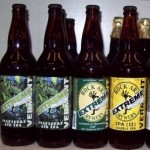 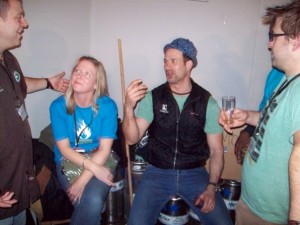 Here is some of the most interesting tasting I had during this event:

The organisation of this festival is impressive. Many staff people were there serving beer in the booths, answering questions, giving directions, and making the event secure so everybody had a safe and friendly extreme festival. I hope we will be back.

Did anybody ever tell you that beer is beautiful? Thanks to all those brewers who joined and brew special beers for that event. Thanks to risk something, improving new beer standards even if the economy is going bad. Support your local brewer. I wrote brewer because I don’t have the chance to have over than 30 breweries in my neighbourhood.

Have a beer, have fun.