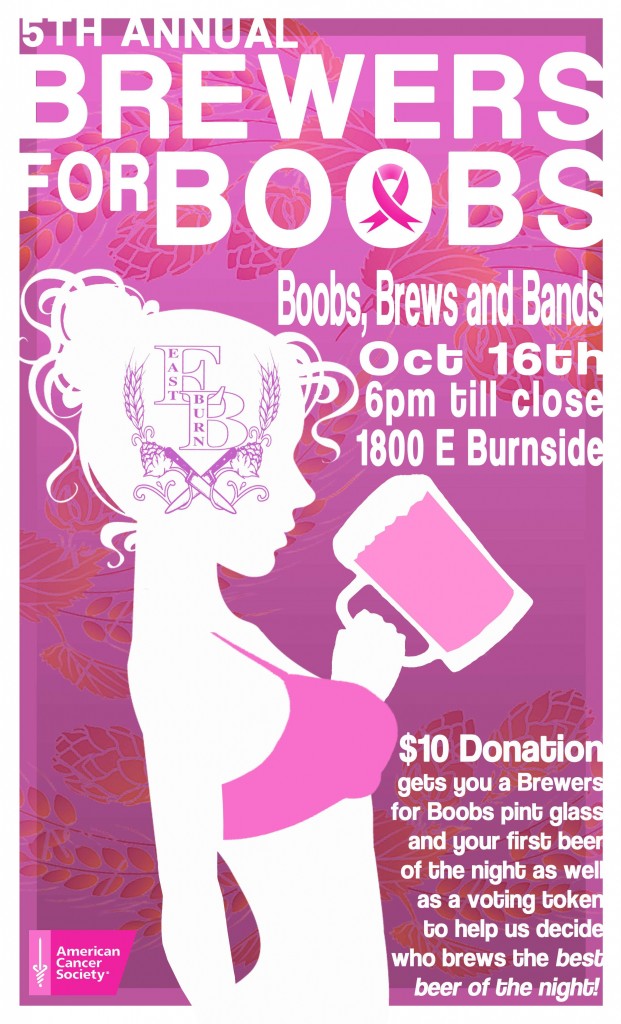 EastBurn’s upcoming Beer Belly Dinner with Everybody’s Brewing will take place on Thursday, October 9th beginning at 6:30pm. Tickets are now on sale and are $40 for a nice 5 course beer and foo pairing and can be purchased here. Proceeds benefit a charity of the brewer’s choice which this month is Columbia River Ecology Institute. Details for the dinner are below. 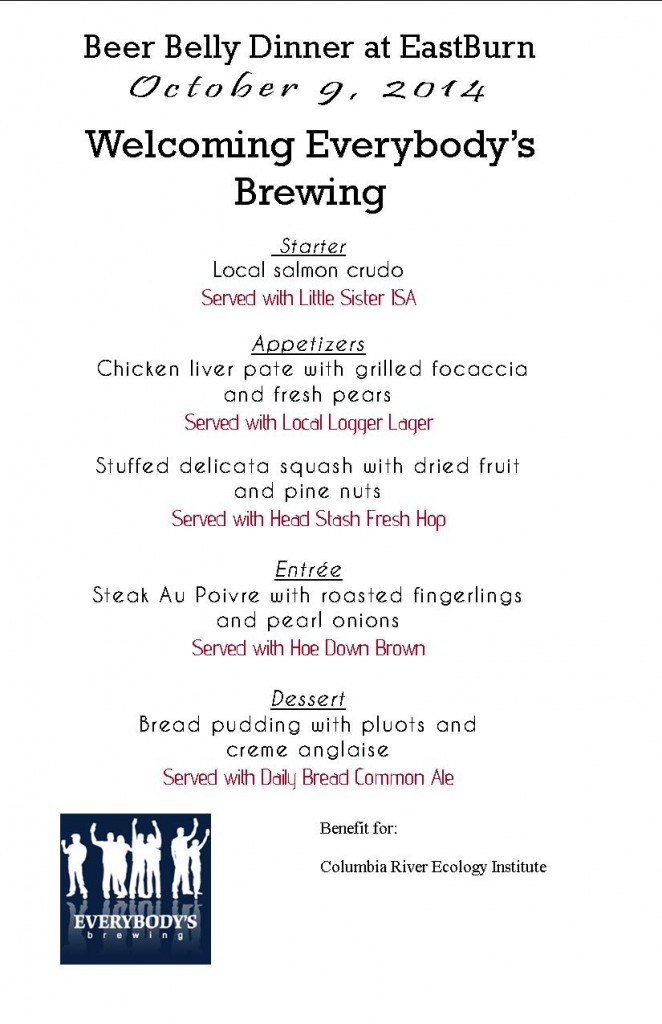 Then on Thursday, October 16th from 5:00 to 11:00pm EastBurn will host the 5th Annual Brewers For Boobs. Beer lovers can make a $10 donation to not only get to taste local beers, but also meet the brewers who make them while receiving a commemorative pint glass and the first beer on the house.

The breweries involved with Brewers For Boobs donate their time, beer, and merchandise to support Making Strides Against Breast Cancer, the American Cancer Society fundraiser that provides resources for local breast cancer patients, mammography for those without access to funds, a cutting-edge research program and raising awareness about prevention and early detection.

Participating Breweries for Brewers For Boobs are:

Join EastBurn and the brewers on October 16th at 5pm and help finish the fight against breast cancer.