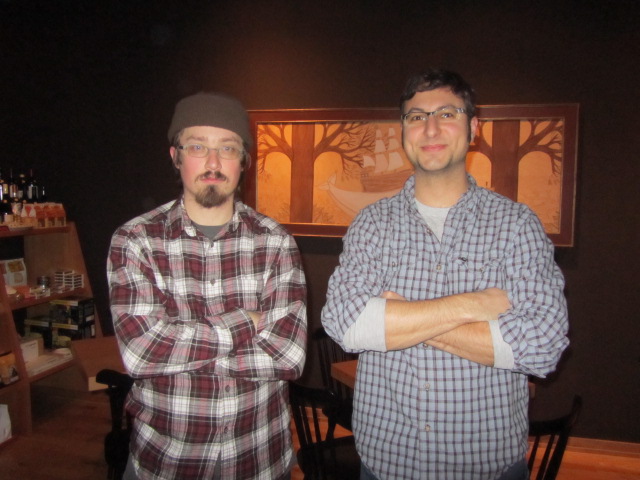 Oregon’s only farmhouse inspired craft brewery Upright Brewing is turning two years old and celebrating with a party on Sunday March 20th from 1-6PM at the Tasting Room. The party will also mark the return of perhaps the breweries most anticipated annual release Four Play a sour farmhouse cherry wheat beer aged in Pinot Barrels. 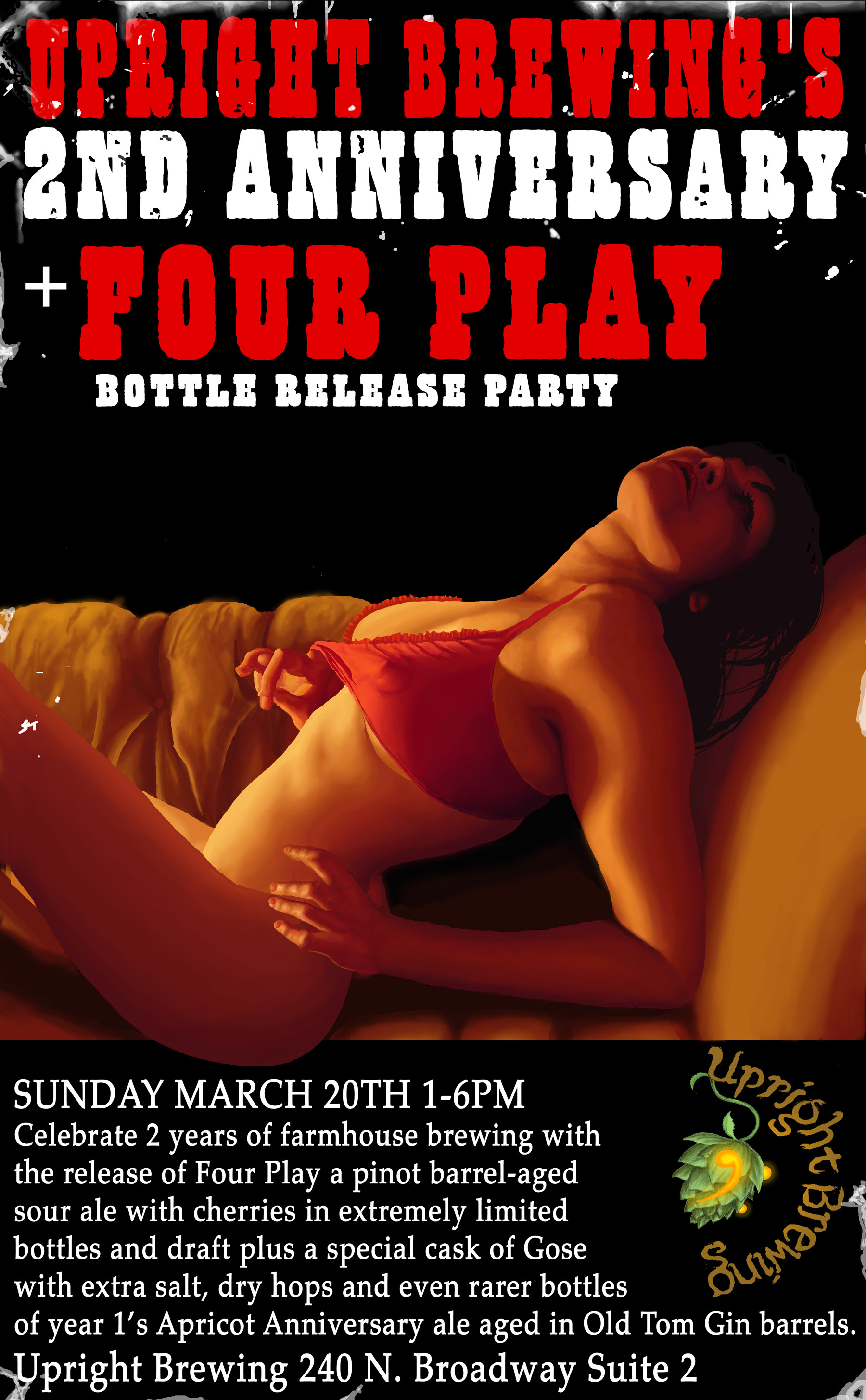 About Upright Brewing
During the last two short years the small production brewery just east of the Broadway bridge has been devoted to producing some of Portland’s most diverse range of beers, focusing on a French/Belgian inspired farmhouse-style, but brewing without inhibition as evidenced by their historic takes on English Old Ale and Oyster Stout or their authentic German Gose and Engelberg Pilsener.

Upright recently added three new tanks, using one to produce a year-round hop forward German-style pilsener for draft only. It’s called Engelberg Pils, a nod to Mt. Angel where all of the brewery’s hops are sourced. The other two tanks will enable the brewery to produce more one-off draft beers and also allow production of at least eight annual seasonal bottled batches throughout the year. As always, the numbered beers that Upright has focused on since the beginning will continue to be fermented in our unique open-top tanks. The new year has also brought expanded distribution for Upright’s beers with Lime Ventures now bringing the bottles and occasional draft beer to the Northern California market adding even more west coast cities that include north to Seattle and Vancouver, B.C.

About Four Play
In celebration of the brewery anniversary, it’s becoming tradition to release Four Play, a very Belgian-esque beer based on Upright’s wheat beer (named Four) but barrel-aged for a year with cherries, souring yeasts and bacteria. Four Play is blended from former pinot noir barrels that yield a rosy looking sour ale with wonderfully complex aromas and flavors. It’s always a limited release and the 2011 batch is represented by only 67 cases and 3 kegs, all of which the brewers believe is their finest and suitable for cellaring up to 5 years.

About the 2 Year Anniversary Party
In addition to the extremely rare Four Play one of only 3 kegs on draft Upright will also be releasing something even more rare in bottle, last years Apricot Anniversary Ale aged in Ransom Spirits Old Tom Gin Barrels of which there are less than 3 cases of 750ml bottles. To top it off look for a special cask of this years edition of the World Beer Cup award winning Gose stuffed Dry Hops and extra Salt.