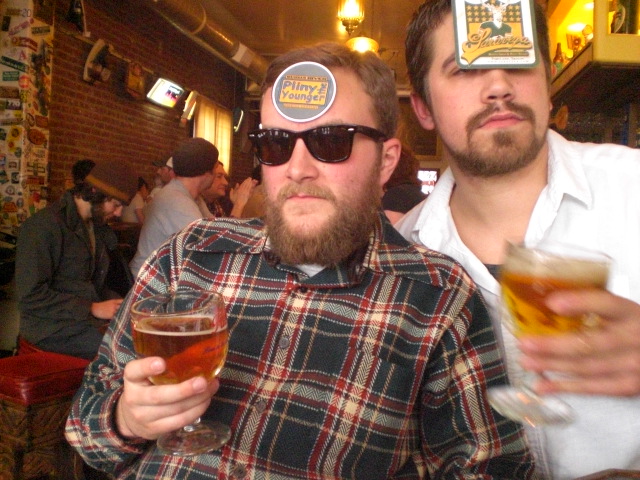 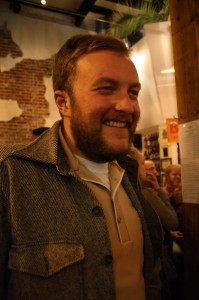 You may have heard of Pliny the Elder, but what about Tyler the Elder? And if you’re a beer enthusiast, you likely are aware of the crazily hyped Pliny the Younger, but what about Jonathan the Younger? Following last year’s fresh hop hit Fresh Hop of Bel Air, Portland’s Upright Brewing, in non-traditional fashion, has brewed a special Belgian-styled brew with a Pacific Northwest twist dedicated to Saraveza bartender Tyler Vickers. Vickers, a self-described hophead is well known amongst his friends and fellow beer zealots for his affinity for enjoying Russian River’s Pliny the Elder, a boisterously hopped imperial IPA. So, in tribute of this jovial and skilled barkeep, Upright brewers Alex Ganum and Gerritt Ill have just kegged up some of Tyler the Elder. Employing freshly picked Nugget hops grown in Hubbard, Oregon, Tyler the Elder is a refreshing 5.1% ABV zesty and piquant ale. Look for it at this year’s fresh hop festivities in Hood River and Portland. 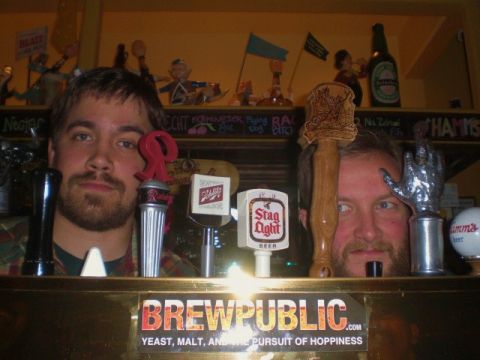 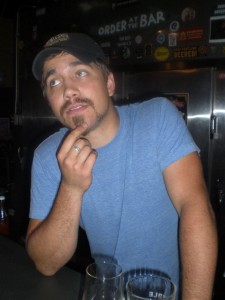 If you’ve been to Saraveza, you certainly have run into Jonathan Carmean, another all-star bartender who was recently anointed as manager at the North Portland pub. To salute this reigning bartender of the year (according to voters at last year’s Northwest Brewing News poll) , Upright fermented a small portion of the wort used for Tyler the Elder to produce less than eight gallons (between two kegs) with the brewery’s French farmhouse house yeast. Hence, the birth of the extremely limited and highly sought after Jonathan the Younger.

Beer Advocates and RateBeerians be warned, this beer is super limited and will not last for long…