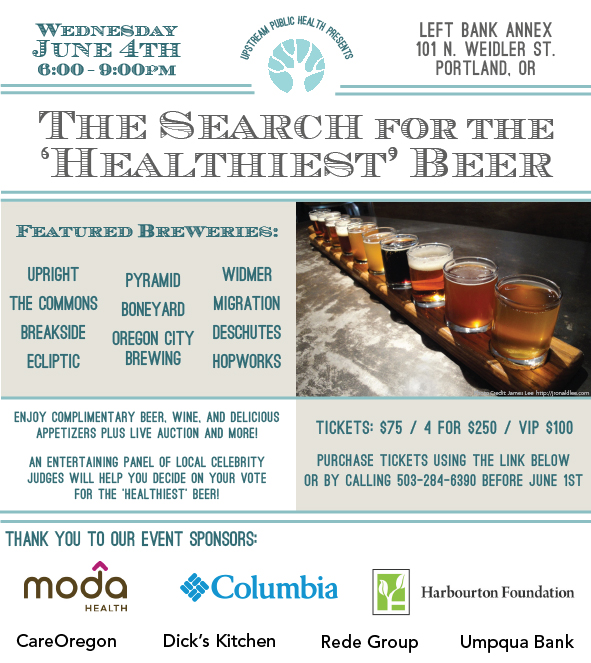 PORTLAND, Ore. – May 7, 2014 – Upstream Public Health, a 501 c 3 organization that advocates for public health policies benefiting all Oregonians, will celebrate its 10th anniversary by hosting Portland’s first-ever Search for the ‘Healthiest’ Beer event on Wednesday, June 4th, from 6:00pm – 9:00pm at The Left Bank Annex in North Portland. Anyone 21 years of age and older is welcome to attend. This fun and festive evening will feature blind tastings from 12 local craft breweries, gourmet appetizers, a live auction and a panel of entertaining local personalities who will guide event attendees in selecting the “Healthiest Beer.” 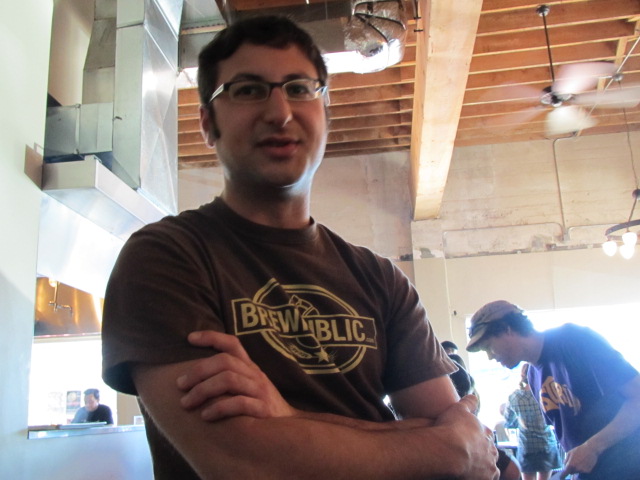 “As a longtime believer that craft beer is in fact a healthy beverage, it’s very exciting to do up a special brew and participate in Upstream’s Search for the Healthiest Beer,” stated Alex Ganum, owner and head brewer at Upright Brewing. “This is an event that is sure to celebrate Portland’s favorite fermented beverage in its true and tasty form.”

Mel Rader Co-Director of Upstream, is excited about the event theme. “Obviously, beer is not the first thing that comes to mind when we think of a ‘healthy’ beverage,” said Rader. “We look forward to seeing how creative each of these local brewers will be with their version of a ‘healthy’ brew. Who knows, maybe we’ll be tasting gluten-free beer made with organically grown fruit!” 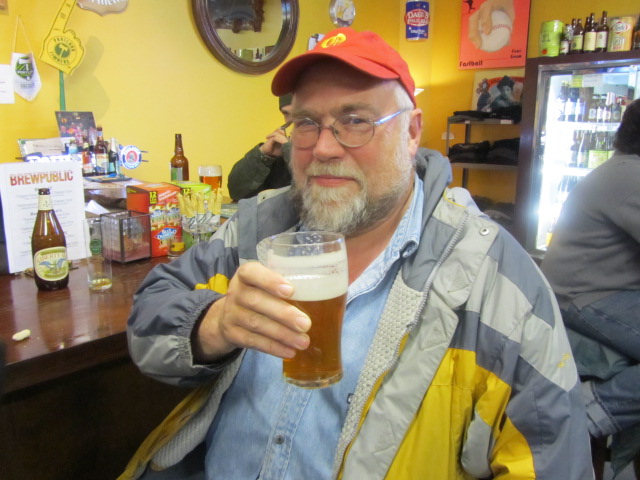 A surprise participant or two will join the panel of judges that includes Lisa Sedlar, Founder and CEO of Green Zebra Grocery; John Foyston writer of ‘The Beer Here” column in The Oregonian and OregonLive; and Sam Adams, Executive of the City Club and former Mayor of Portland.

General admission tickets are $75 each, or 4 for $250 and include beer, wine and appetizers. VIP tickets are $100 each and include a pre-event preview of beer tastings from 5pm – 6pm. All proceeds from the event will support Upstream’s work toward achieving Healthy Starts for kids, Healthy Schools, and Healthy Communities throughout the state of Oregon. Top tier corporate sponsors include: MODA Health, Columbia Sportswear, Cambia, Harbourton Foundation.  A limited number of corporate sponsorships are still available.

About Upstream Public Health
Upstream Public Health is a 501 (c)3 not-for-profit organization that advocates for policies that provide Healthy Starts for kids, Healthy Schools, and Healthy Communities. Upstream works for ‘upstream’ solutions that address health issues at the source so they do not become chronic down the line; ultimately making Oregon a better place to live, work, and play. The organization’s key advocacy initiatives include Farm to School and School Garden programs, healthier snack and drinks in all schools, equal access to quality and affordable dental care, and safe transportation and land use.