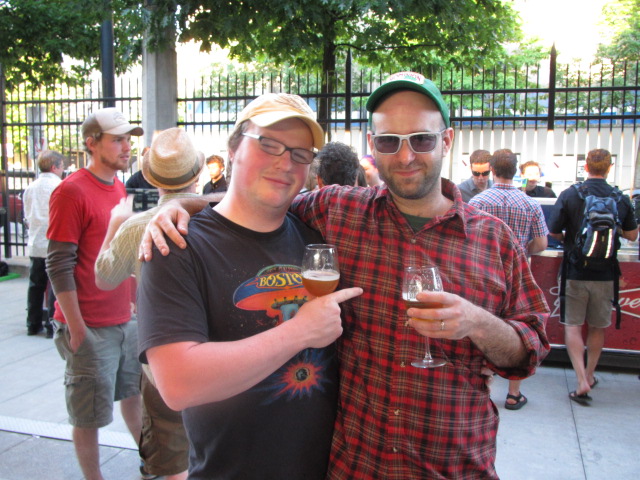 As we mentioned earlier, Laurelwood Brewmaster Chad Kennedy is leaving his post at the award winning brewhouse to pursue a new endeavor in Bend, Oregon. With big shoes to fill, Laurelwood has turned to well known brewer Vasilios Gletsos to replace Kennedy. Gletsos, a fixture in the Oregon craft beer community has a wealth of knowledge and experience considering his young age. He has brewed at BJ’s, Astoria Brewing, Rock Bottom, and most recently, the head brewer at NAB’s MacTarnahan’s/Pyramid in Portland. Here’s the official word from Laurelwood:

Not only is Laurelwood’s new Brewmaster seasoned within the industry; he has an extraordinary educational background. Vasili graduated from the Siebel Institute of Technology, the country’s well renowned brewing institution located in Chicago, IL. Vasili also holds a Bachelor of Fine Arts degree from the Maine College of Art.

Laurelwood is a family owned brewery that creates one of the most recognized regional craft beers. Owners Mike & Cathy De Kalb are dedicated to sustainable and organic practices, and first began producing certified organic beer in 2001. Laurelwood’s product line is known for its creativity and quality therefore winning many national and international beer awards. Laurelwood’s handcrafted beers can be found on draft and in bottles throughout Oregon and Washington. To find out more about Laurelwood Brewing Company go online at www.laurelwoodbrewpub.com.