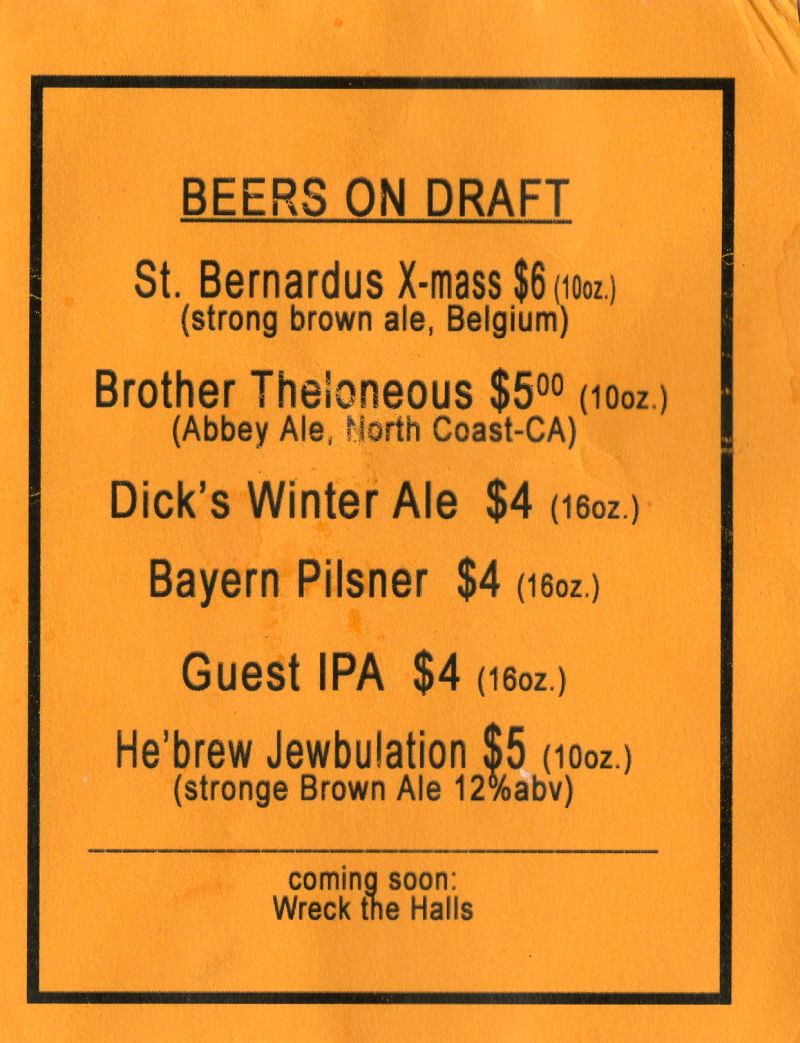 Victory Bar is open amidst pending ice storm threats as a local, earnest Southeast bar.  As you probably know as a beer SNOB, Victory has a great libation variety.  Multiple absinthe offerings, bottomless wines options, and a ridiculous number of varieties within seemingly innumerable liquor genres.  And when it comes to beer, you bet your glass that you can taste some of the best and most sought-after draught and bottled choices of the now. 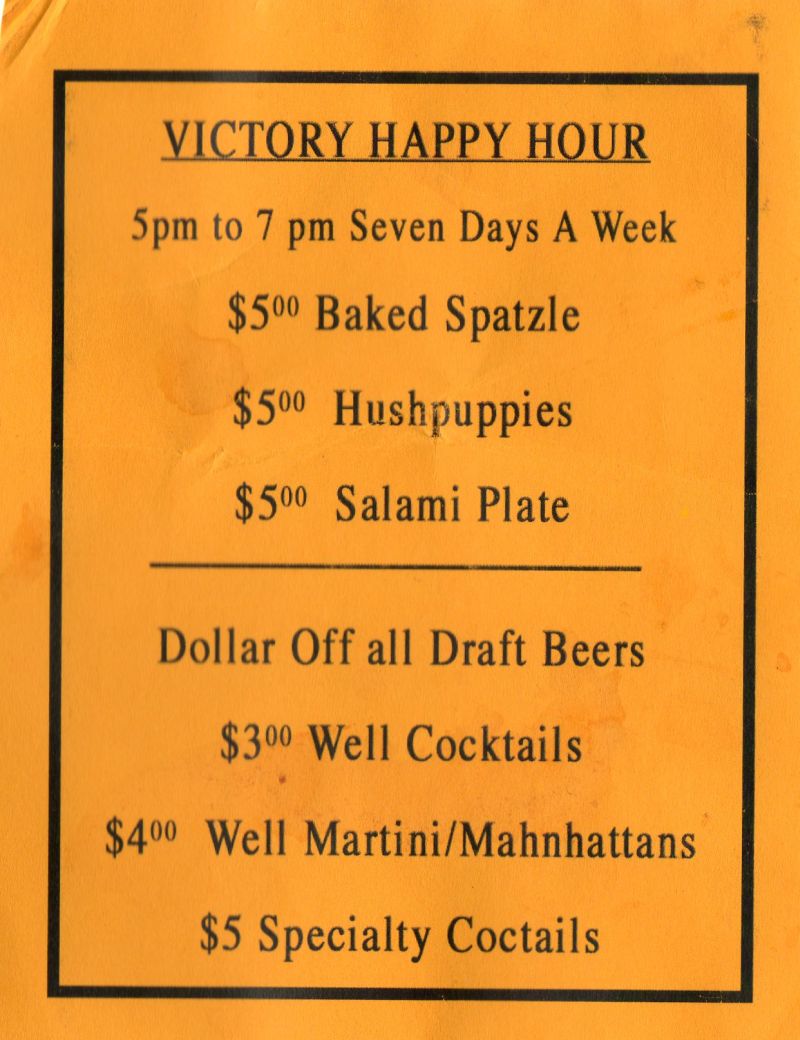 Ok, well this is old news to those off Divison Street who  experience a ridiculously 1984 (film)-esque hangout. I, personally, really love the beer menu and dig the vibe this spot.  But there’s countless other excuses to find yourself on the road to Victory. My folie was perhaps the three exceptional brew I was able to taste.

Full Sail Wreck The Halls: This brewtabulous uber-scrumpsh beer is a big Porltand IPA on a bit of an alt/warmer trip.  Big ont the ambrous sweet malty notes while being replete with endeafening hop waves.  Well balances and on some level subtle.  The Wreck the halls is wonderful brew, quite missed in bottles in 2008…but we’ll make do.

St Bernardus Christmas Ale: Big and brown-spiced.  Berny’s X-Mas is a sipper with lots of spicy character that doesn’t go all Anchor Christmas on you (not that there’s anything wrong with that).  The sharp malt bill coupled with the attituded yeast makes this beer a nutty, gnarley, smooth, cookielicious release welcomed each year by the snifter!

Schmaltz He’Brew Jewbilation: 12 is the magic number, I discovered in the twelfth hour (12 malts, 12 hops, and 12% ABV with this beer!).  Jeremy Cowan is a sick fella (in a good way) who makes gritty, no joke, flamoyantly innoculous brews that reflect his adventurous and berzerker style.  The latest Jewbilation on tap is a bargain considering the ingredient payload.  Holy heck!  THis beer has me considering Judisn and a life of Kosher beer indulgence.,  Big ups to this savory sipper.

Go to the Victory today.  It is great!