Weekends are a great time for enjoying fun and rocking the preverbial casbah of brew. On Friday evening, we honored my brother’s hooding ceremony at Portland State University where he received his Masters Degree. Woo hoo! It was only appropriate that I honored him by quaffing a few scrumptious beers at Full Sail’s Riverplace brewpub in Portland. This included the Summer D-Light Berliner Weiss straight up (no woodruff or fruit squirtings this time ’round, thank you, just rejuvenating sour heavenliness) and a crisp pint of the LTD 03, a delicious German-styled pilsner that set me straight. 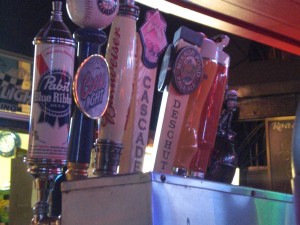 Later on in the evening on Friday, I thought I’d take in some live music and what worse place to do so then at a greasy swill beer pub with dirty tap lines and cheater shakers of $4.25 “pints.” The venue I’m referring to here is the River Roadhouse in lovely Milwaukie, Oregon. An icy 13 ouncer of Whistler Pale Ale started me off before I opted to sneak slugs of my home-brought Lagunita’s A Little Sumpin’ Sumpin’ Ale. Like most hoppy Laggy’s offerings, the Sumpin’ Sumpin’ was beautifully citrusy beer.  It is a wheaten IPA with a bold boozy malten spine that slid down the old pipes with an utmost wonderment and propitiate approbation. At the Roadhouse, that had all the fixin’s of a true rockabilly pit, the whiskey flowed and the Pabst spilled to the sweet Cashian tunes of Portland’s Dry County Crooks. The Crooks played three sets of bourbon-fueled rock and blues and really capped the night as a winner.

On Saturday even, as soon as my Promethean liver had about fully regrown, the dark-winged hound of Zeus came back to claim the spoils. This time it was at the hands of a terrific little get together organized by Ezra “The Samurai Artist” and hosted by the Upright Brewing crew. The event featured a wide assortment of Baltic Porters and the terrific beers of Upright. Storied brews like eleven year old Full Sail porters and geek brews from all over the world were on hand. I even brought a special bottle of Les Trois Mousquetaires Porter Baltique that I received as a gift from Brewpublic’s Quebecois correspondent, Marc Demeule. Merci beaucoup, Monsieur! 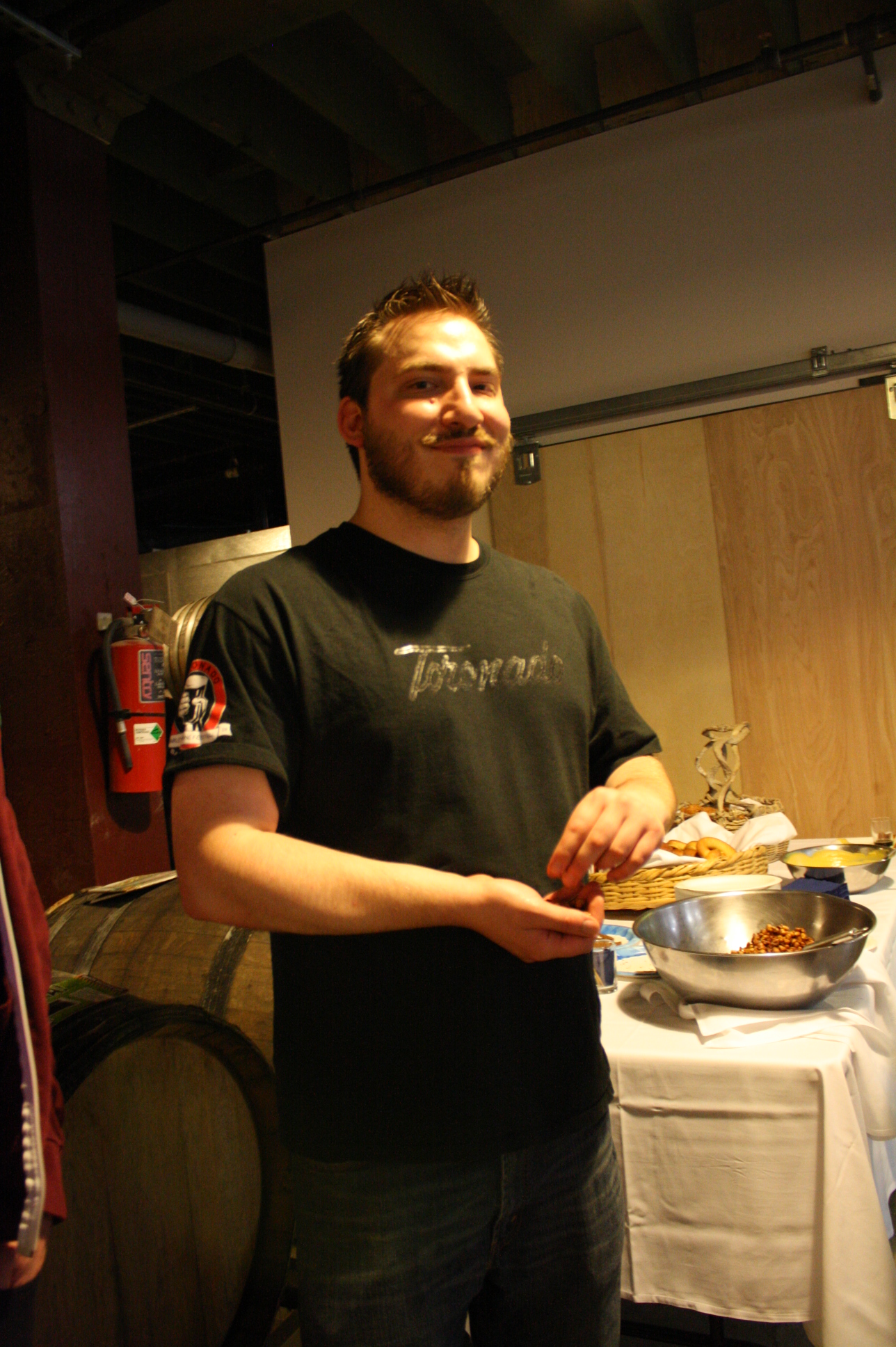 Things got, let’s say…ironic…when a couple crisp cold Coors Lights made their way around. I must say after several dark and gallant brews, I really did enjoy that Rocky Mountain rice run-off. 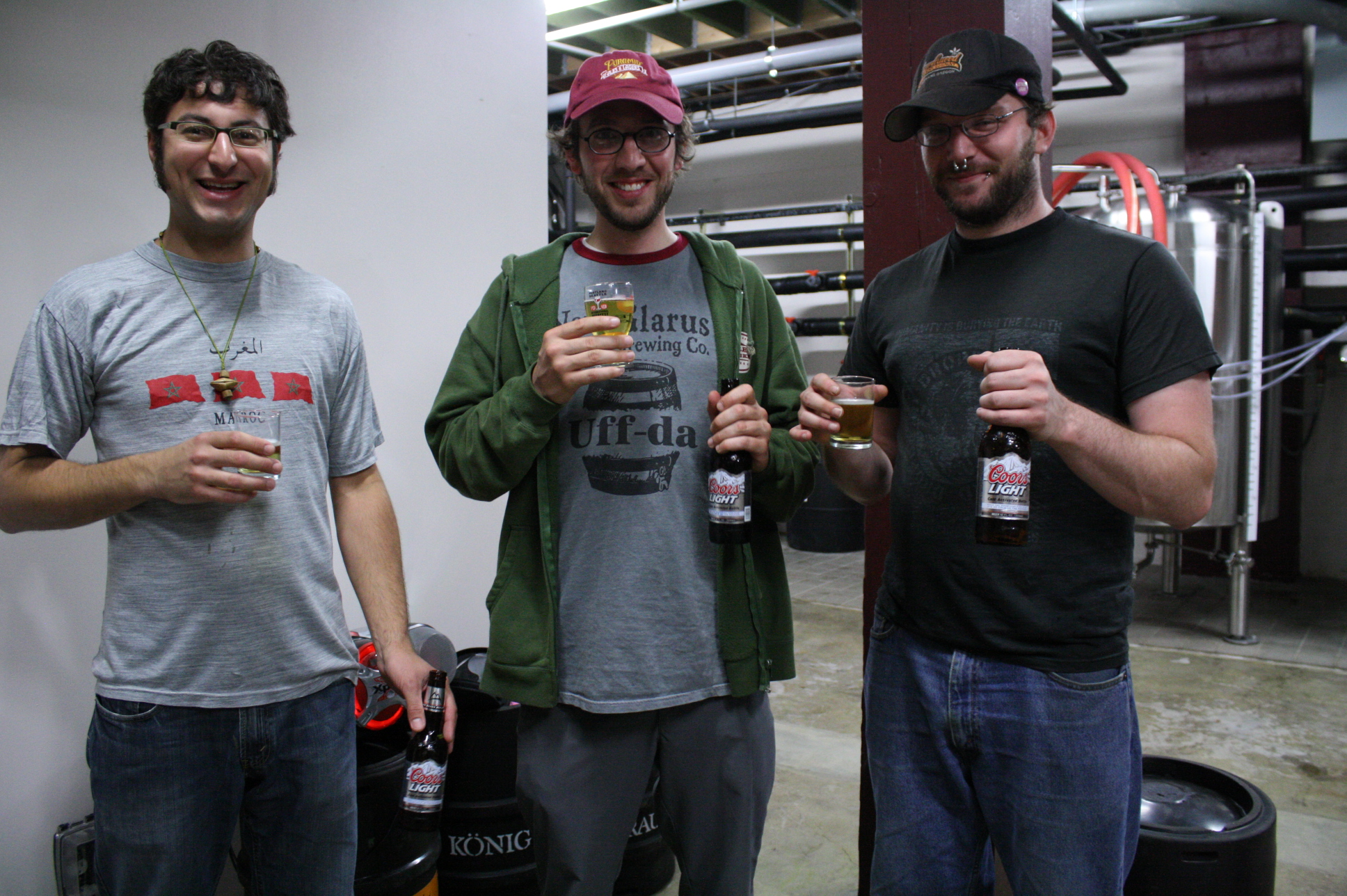 Sunday was a bit debilitating as the vultures had little liver to feast on. A relaxed day filled with house cleaning and gardening early on was just fine by me. The late afternoon concluded with some disc golf at Leverich Park in Vancouver, Washington, over a bag of Caldera Ambers in the can. Fore!