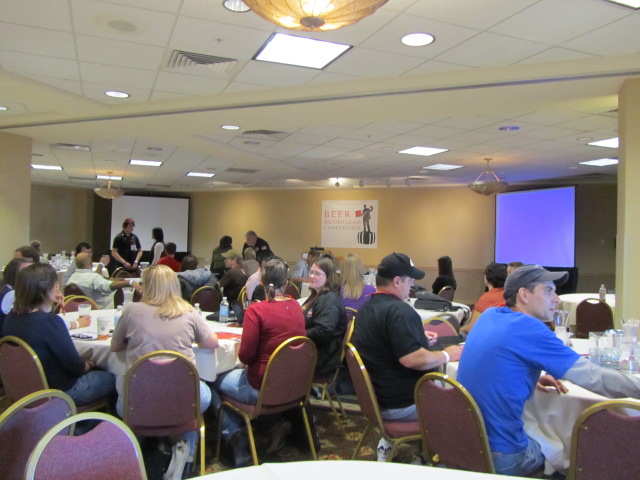 The first national Beer Blogger’s Conference (BBC ’10) led us to Boulder, Colorado to  meet with more than one hundred other beer bloggers from across the country and learn more about the growing niche of online beer scribing. 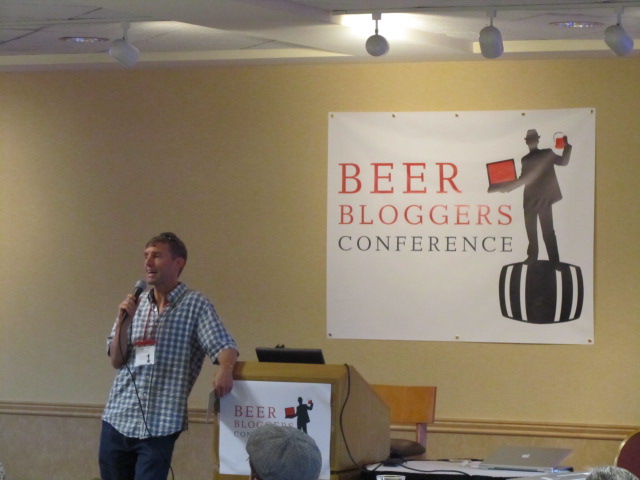 In addition to setting off for a definitive, specialized class room education, the trip was our opportunity to engage  in one of the country’s most vibrant beer-centric regions. Everything about this weekend exuded craft beer culture on levels of meaningful education that blurred with a collective’s shared passion and the seemingly inevitable ongoing entertainment.

To recap such a whirlwind of events, we encourage you to check out the chronicles Allan puts forth on the Beer Bloggers Conference blog. This gives a through rundown of each specific panel, speaker, and planned group activity surrounding BBC ’10. 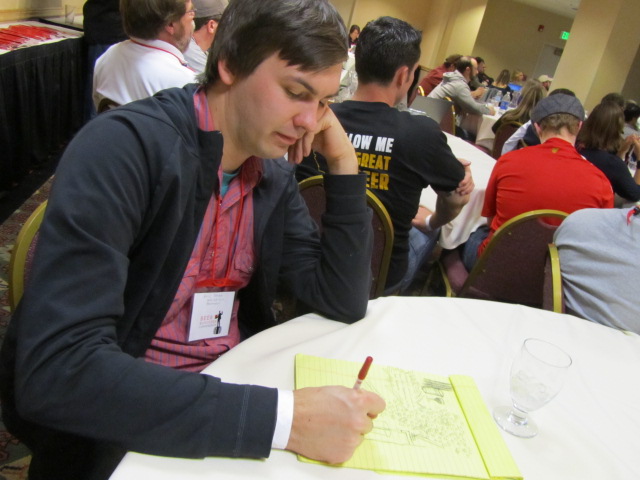 The classroom lectures and exercises at the conference were, for the most part, engaging. However, the only issue we had was trying to extricate ourselves from slumber for 9AM starts after two big nights of drinking following days one and two of BBC ’10.

Here’s five highlights(and there were more than five) from the 2010 Beer Bloggers Conference weekend:

1) Meeting so many like-minded, beer loving individuals from all around the country. In fact, there was even one gentleman who made the haul from Kent, England, Mark Dredge, of Pencil and Spoon blog. Even if he claimed England has the best beer in the world, we still thought he was a rad lad. We insisted Mark take a bottle of Upright Late Harvest batch #1 with him even though his suitcases were packed to the gills. 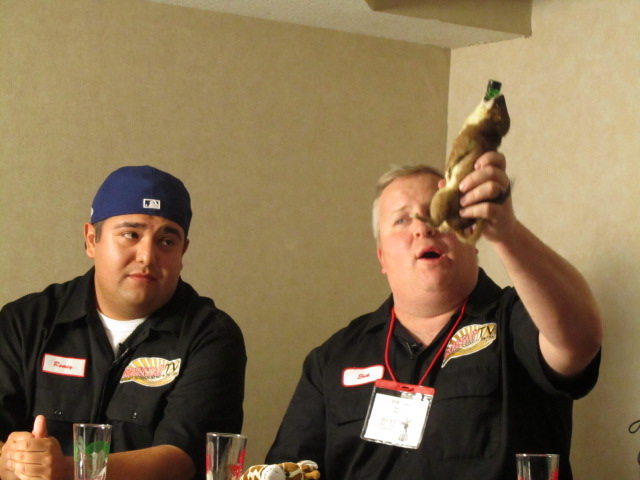 It was a true pleasure to get to listen to and meet with the fellas from Beer Tap TV. Offering cutting edge multimedia blogging, Erik, Eli, Romey, WhopTBird and Aaron provide insight and inject well-received humor into their outstanding video blog. If you haven’t checked out these Colorado locals yet, you’re cheating yourself. These guys are awesome!

2) The legendary Jay Brooks of Brookston Beer gave a moving and inspiring speech at the end of the conference on the topic of the future of beer blogging. He noted the ways that blogging, and specifically beer blogging has evolved. According to Jay, 700 beer blogs have emerged in the past five years, this equates to a new one every 2.5 days! While previous speakers like Draft Magazine’s Jessica Daynor pointed to writing for your audience (we found her speak a little condescending toward bloggers, favoring print journalism as a more legitimate medium, but enjoyed her insights as a whole), Jay offered a contrasting view, believing that you should “write what you care about and your audience will find you.” Looking into the crystal ball of beer blogging, Jay feels that bloggers are the future, and the fact that there are now conferences for bloggers is the proof. 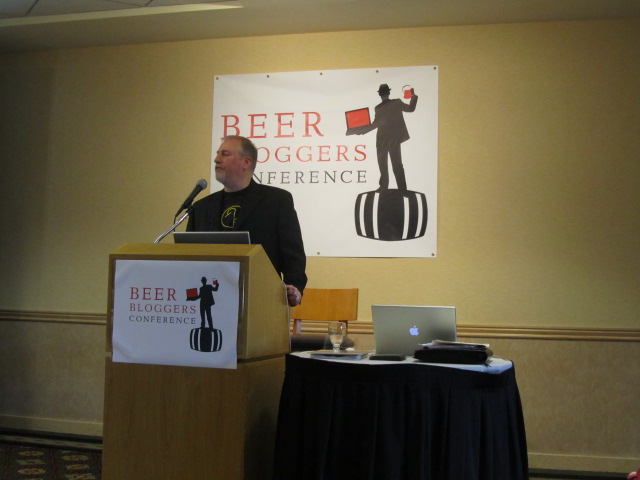 3) Jim Greg Koch (crowded roared with laughter when Koch was accidentally introduced as “Jim.” Jim Koch is the founder of Boston Beer Co., known for the Samuel Adams brand), co-founder and CEO of Stone Brewing was another thoughtful, intelligent, and engaging speaker at this year’s BBC. Koch’s don’t-give-a-damn-what-you-say-cuz-I’m-creating-beers-I-like, renegade style 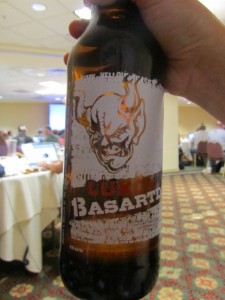 appealed to most of the audience (at least it seemed this way). The audience got a sneak taste of bottles of Stone’s Lucky Bastard (another malty hop bomb much like Arrogant Bastard that also featured a witty manifesto on the bottle). Koch (Greg, that is) stressed the importance of the ongoing craft beer revolution and emphasized bloggers’ in their exigent roll in bolstering the process. Greg also made it clear that a blogger’s individual voice should be heard and folks should not be afraid to speak their mind. This point was reiterated by the conferences chief blogger Ashley Routson of Drink with the Wench. 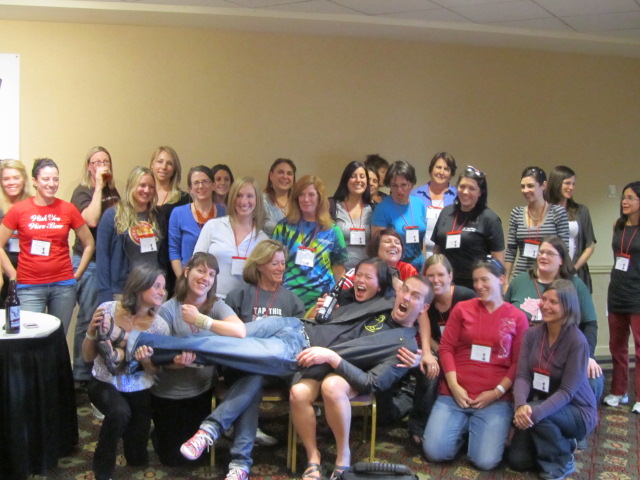 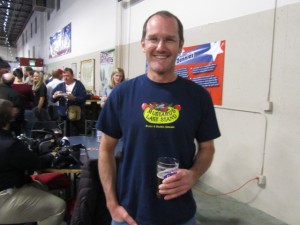 4) Oskar Blues and Boulder Brewing dinners and tours were highlights of the first two evenings at BBC ’10. On the first evening, our group was shuttled to Oskar Blues new  brewery and canning facility in Longmont, Colorado (we drove past the original establishment in Lyons on our way there). Here head brewer Dave Chicura and company shared beer and food a la cart style in the brewhouse by the Tasty Weasel Taproom with free pours of Dale’s Pale Ale and Old Chub Scotch Ale. It was total VIP service and we also got to taste dry-hopped Dale’s from the firkin and bourbon barrel-aged Ten Fidy Imperial Stout. While OB’s reps were hosting tastings around the Portland area during this week, we got to quaff at the source with the big dogs. Needless to say, it was a great time. 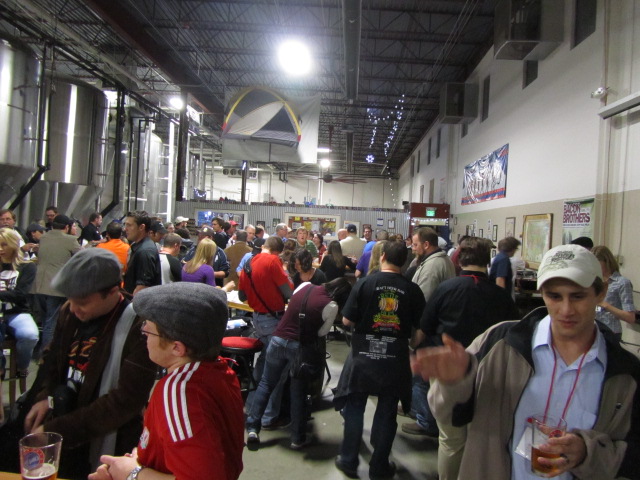 Equally as cool, was the second night’s dinner and tour at Boulder Beer Company, Colorado’s first microbrewery and one of eight in operation in Boulder today. Dan Weitz, the self-proclaimed marketing tool of Boulder Beer, was a very welcoming tour guide who offered an enthusiastic and informative tour of the  brewhouse. Begun by two Colorado University professors (Dave Hummer and Stick Ware) in a goat shed in 1979, the site of the current brewhouse opened in 1984. In 2009, Boulder became the first craft brewery to celebrate 30 years in existence. Quite an impressive feat. At Boulder Beer we enjoyed pours of their India Brown Ale (it was somewhat amusing to watch Greg Koch cringe when we referred to it as a Cascadian Dark Ale) and Obovoid Oak-aged Imperial Stout on cask. 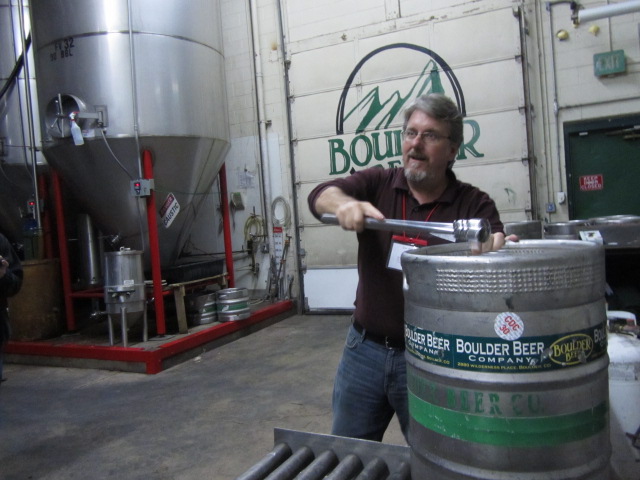 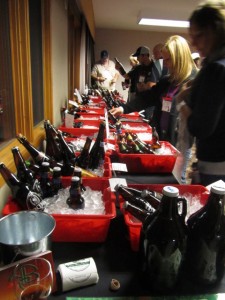 These two big brewery nights were followed by even more craft beer mayhem. Following the first night’s event at Oskar Blues, a beer potluck event was held in a separate conference room on the third floor of the hotel. Here, several choice brews from around the country were shared. By the end of the conference, there was more beer than you could shake a stick at and it was a free for all to take with. We shared bottles of Cascade Bourbonic Plague, Vlad the Impaler, Upright Late Harvest (batches #1 and #2), Hair of the Dog Fred from the Wood and Doggie Claws ’07, Deschutes Abyss ’07, Klamath Basin Migration Destination ’08, and more. Others provided unique pours from breweries such as Three Floyds, Cigar City, Ska Brewing, and the most buzzed about beer was a bottle of BrewDog’s End of History, a 55% ABV distilled ice beer packaged in a taxidermied stoat (it was kind of lame that not everybody got to try this beer. We did and found it way too boozy. One gentleman described it as vodka with hop extract. There was also a bottle of BrewDog’s more interesting Sink The Bizmarck, a 41% ABV ice-distilled IPA). 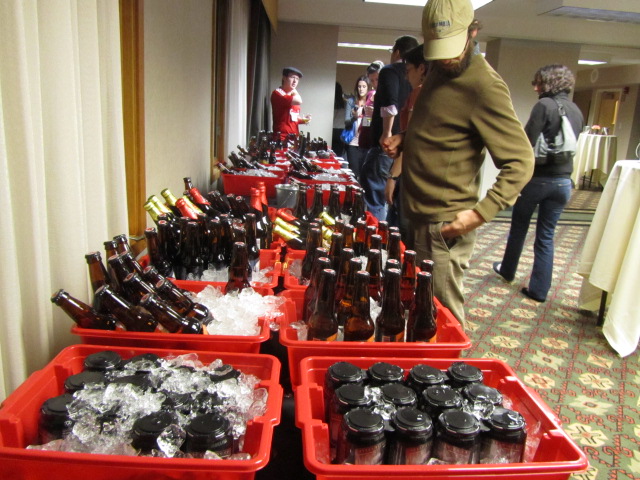 After the Boulder Beer night, our group jumped into a wild Boulder pub crawl that covered the following stops:

This crawl took most folks’ livers to the precipice, although many folks calling themselves “Beer Pirates” continued with the libations on the Sunday morning wrap up. 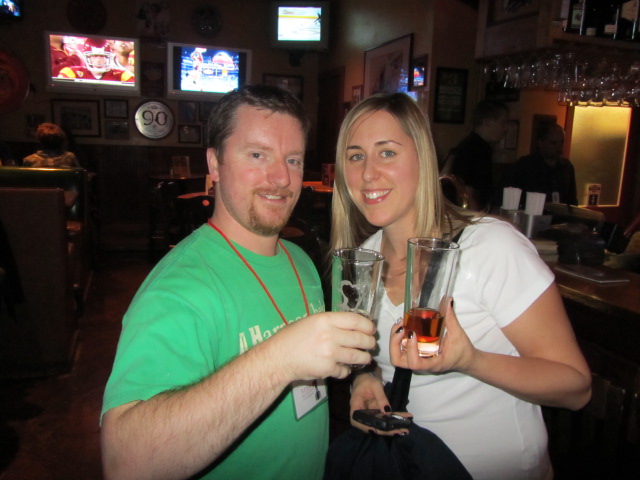 5) Really there’s too many choice memories of BBC ’10 to pick a top five, we really should have opted for a top 10 or 20, (but we are hurrying to get to New Belgium today for a tasting and tour). Honestly, the highlight of the weekend was meeting so many interesting and amicable individuals. It would be nice to own a time portal device to travel back and experience the weekend multiple times. 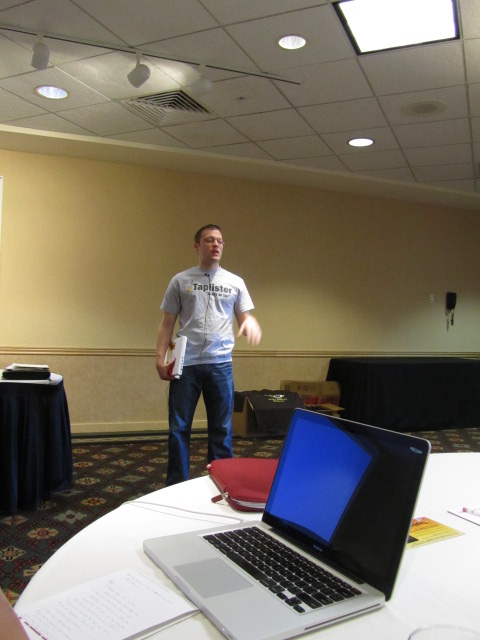 Dustin Woodward aka the Web Connoisseur provided critiques of selected sites (those who offered) including ours. We gathered a lot of invaluable information on how to more effectively put forth our website and we hope in the coming months you will see continued improvement in Brewpublic. It was nice to do participate in the pub crawl with Dustin, as well as some East Coast friends from 2BeerGuys.

Thanks to Allan Wright, the staff at the Boulder Marriott, and all the good folks we met in Boulder during  BBC ’10. This is not a complete wrap of the weekend. We look forward to sharing more of our experiences with you, but now we must run off to experience more great beer that Colorado has to offer. Cheers!