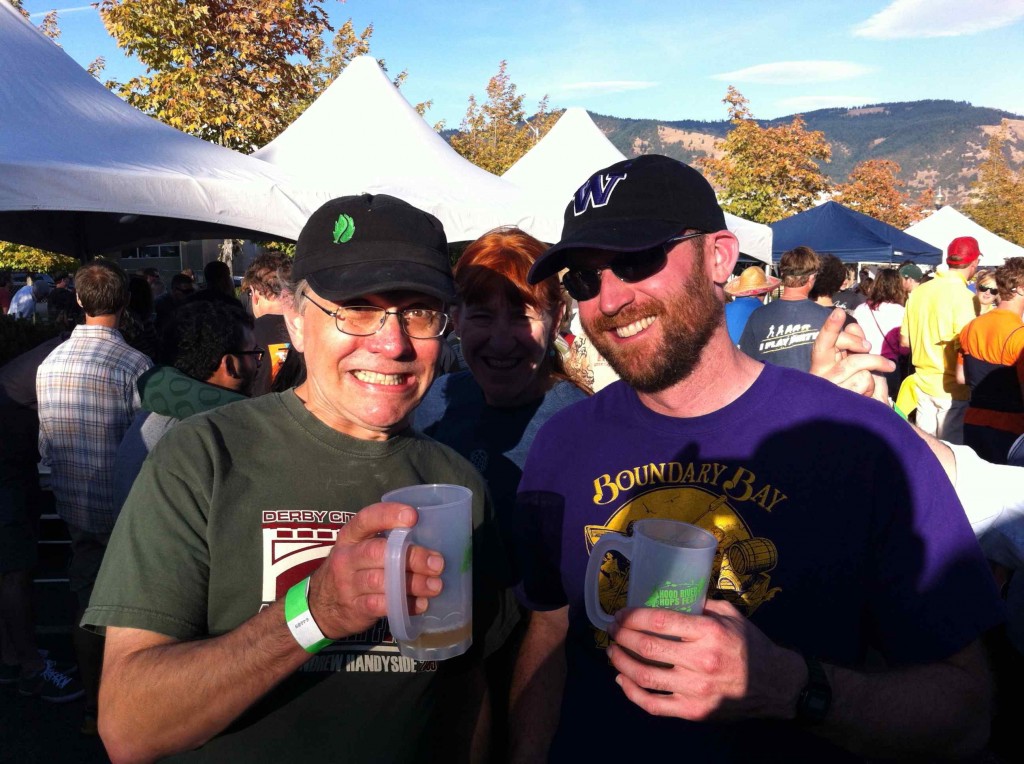 With the recent arrival of fall along with harvest season comes a special time for Pacific Northwest craft beer drinkers, Fresh Hop Fests. This past Saturday was the kickoff with the granddaddy of them all with the 9th Annual Hood River Hops Fest. 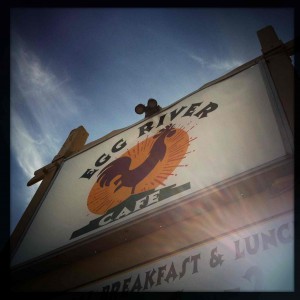 Saturday morning arrived with sunshine and warming temperatures that made for a great day of drinking some fabulous fresh hop beers. Fortunately the fear regarding the smoke from the area’s wild fires did not affect downtown Hood River on Saturday thanks to some nice westerly winds that arrived later on Friday afternoon to move the smoke eastward. Getting a pre-fest breakfast in at Egg River Café made for a great start to the day. After this satisfying breakfast, a short stroll downtown to Double Mountain Brewery & Taproom took place to pick up some of their freshly filled bottles of Killer Red Fresh Hop IRA and Killer Green Fresh Hop IPA.

From there a walk to the Hood River Hops Fest was in order. Gates were set to open at noon and there was a lengthy line forming when we walked up at 11:50 a.m. We decided to wait for the line to recede a bit so we ventured across the street to Full Sail Brewing to try their fresh hop Hopfenfrisch. This clean, crisp fresh hop lager hit the spot to get the ole’ body flowing again from the imbibing that took place during the previous night. After our round of beers we decided it was time to head back across the street. Still a decent line out front but we knew we wanted inside so we did our part and waited it out in line. 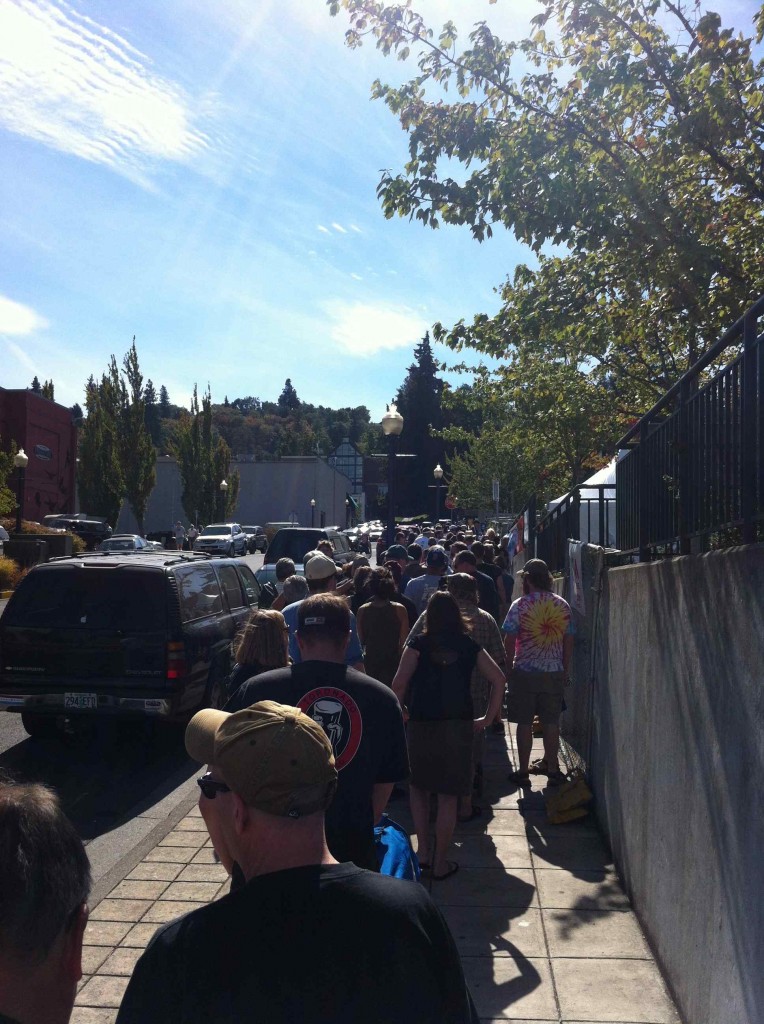 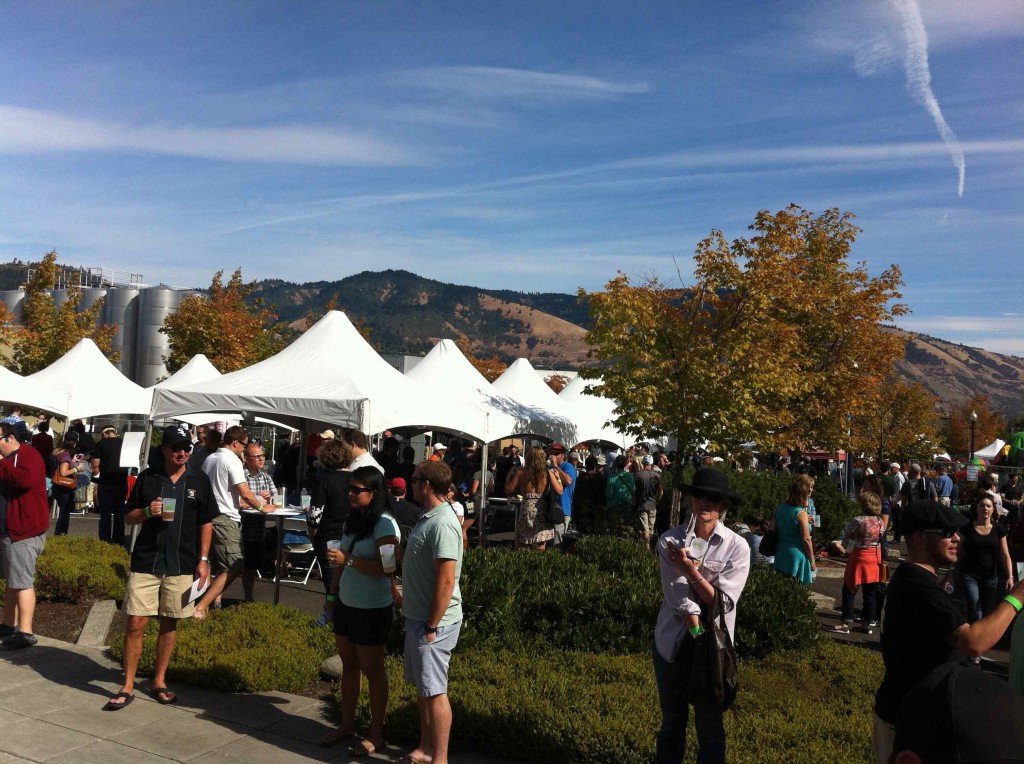 Once inside the substantial downtown Hood River parking lot we knew that overcrowding would not be an issue during our extended time there. With enough tents along with tables and chairs there were plenty of places to relax and take cover from the warm afternoon sun. Where else can you get the chance to try 50+ Fresh Hop Beers from the Pacific Northwest? All of these fresh hop beers along with some other seasonals and brewery standards along with great sweeping views of the Columbia River Gorge in the background made for a great memorable weekend trip to Hood River. 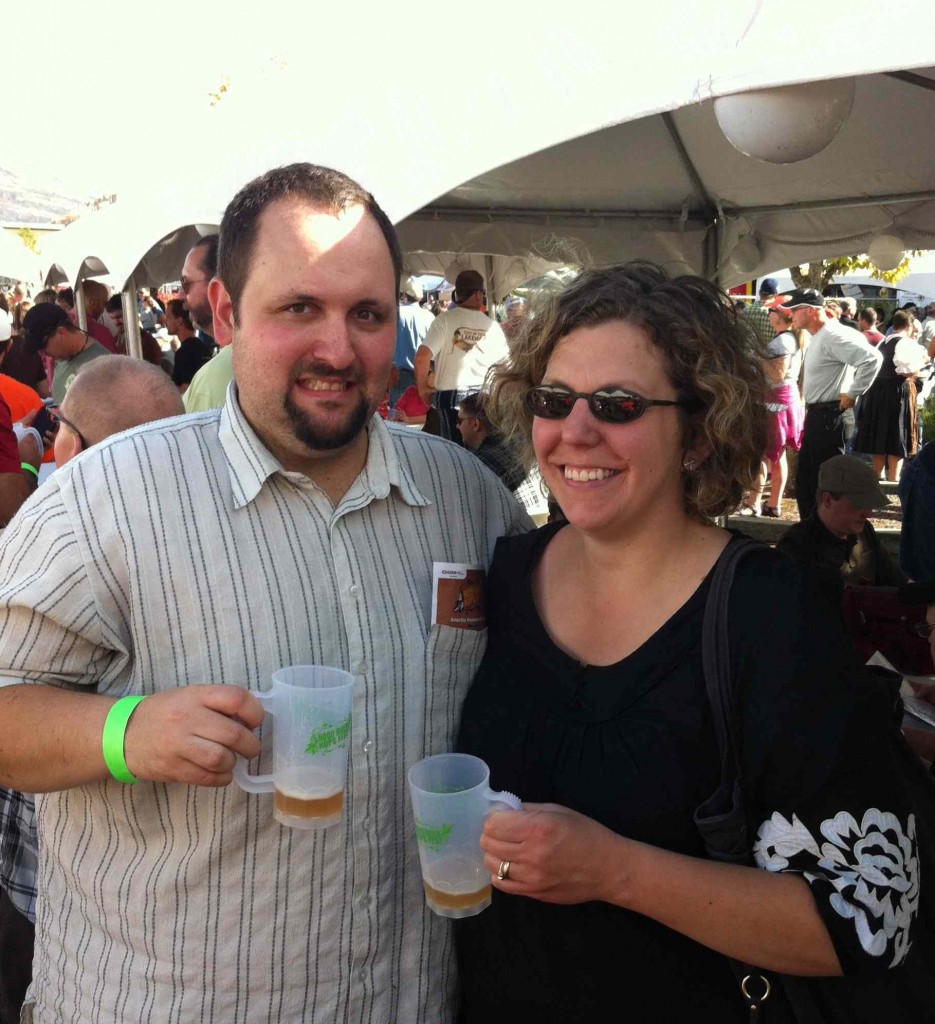 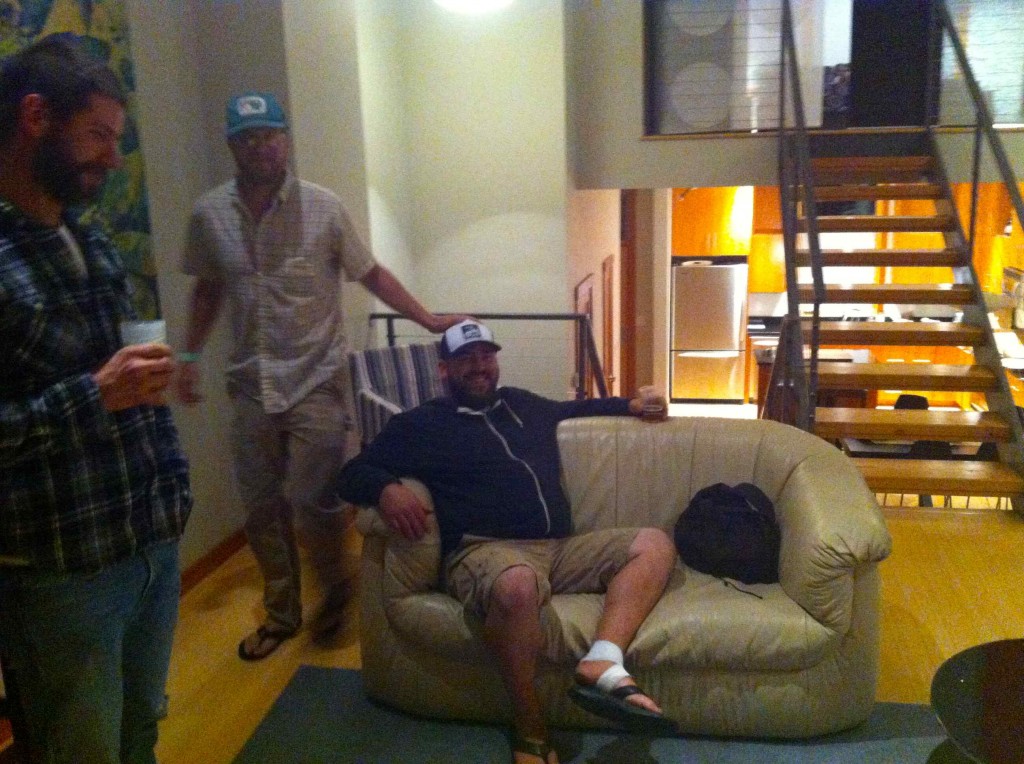 Some of the fresh hop highlights from this year’s fest were Everybody’s Brewing’s “Head Stash”, New Belgium’s “Trip 14 Imperial Fresh Hop”, Oakshire Brewing’s “100 Hops”, Rogue Ales “Chatoe Rogue Wet Hop Ale”, The Commons “Fresh Hop Farmhouse”, Laurelwood Brewing’s “Fresh Hop Free Range Red” and Golden Valley’s “Crystal Fresh Hop”. But my favorite had to be Double Mountain Brewery’s “Killer Red”. This beer was fantastic. Using the Perle Hop in this made for one strong and delightful aroma addition to their year-round IRA.  I’m glad I picked up a few bottles of this one to enjoy during the next week or two. (Portland’s Killer Red and Killer Green release takes place on Tuesday, October 2nd at Produce Row Café beginning at 4pm)

Hats off to the Hood River Chamber of Commerce, Charlie Devereux of Double Mountain Brewery and all others volunteers involved with organizing and putting on this fantastic festival. Also kudos goes out to Ezra Johnson-Greenough for his outstanding job in acquiring this massive selection of fresh hop beers for this one-day festival.

For those of you who missed out on the Hood River Hops Festival there is two more Oregon area Fresh Hop Fests over the next few weeks. Details below:

More details about these two festivals can be found at the Oregon Brewers Guild website.

Here’s a gallery of pics that D.J. took at this year’s Hood River Hops Fest: