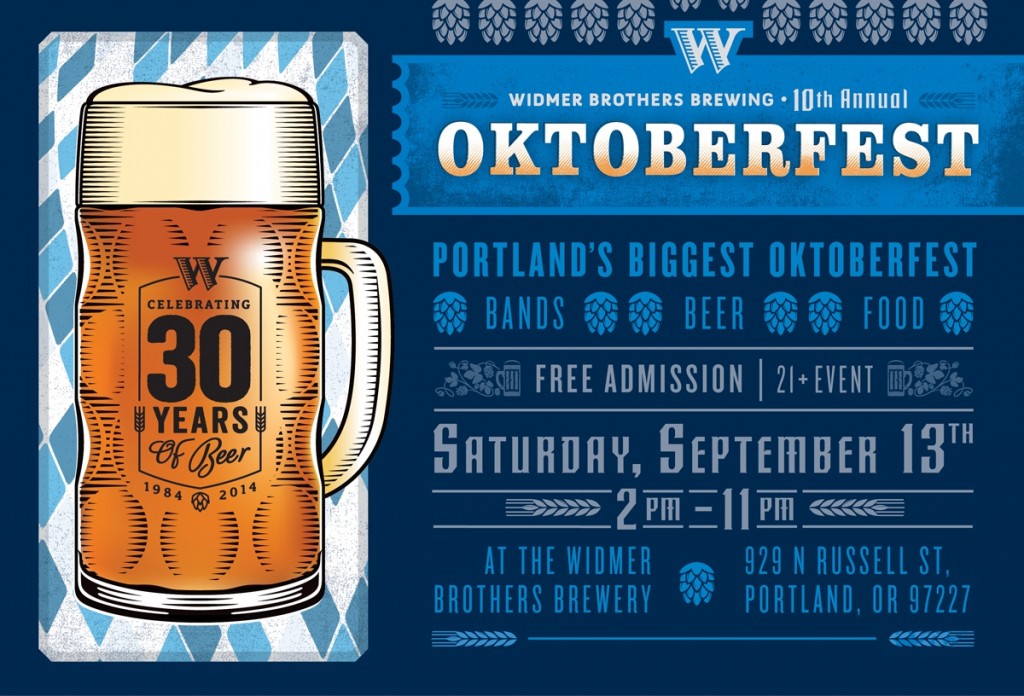 Widmer has been hosting their annual Oktoberfest celebration for the past 10 years. Since the brewery is also celebrating their 30th Anniversary this year, they decided to extend this year’s event into the newly remodeled Widmer Brothers Pub. Inside the pub there will be additional food and beer choices that can be claimed using your Oktoberfest tokens. 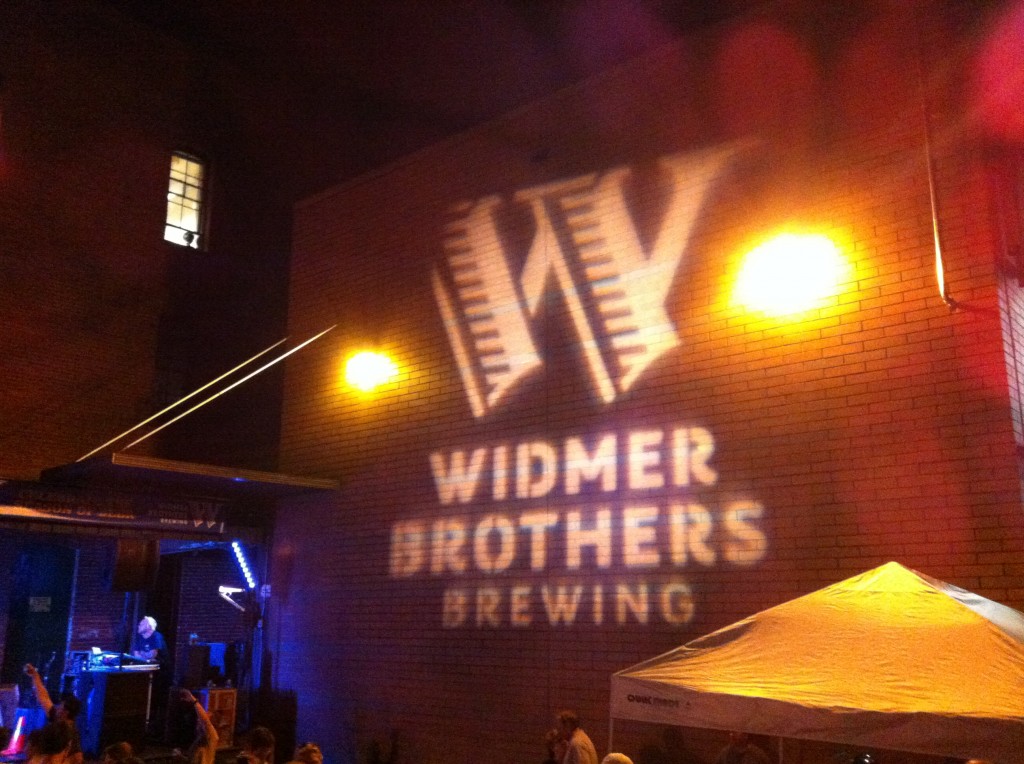 Plenty of beer will be served including Widmer Brothers staples such as Green & Gold Kolsch, Hefeweizen, Upheaval, and Alchemy along with this year’s version of Okto! And if you go inside the Pub, you’ll be able to find specialty beers and food that will only add to the overall experience.

Is the beer and food not enough?! Widmer will once again changed their loading dock to a stage where Brownish Black, Hillstomp, Redwood Son, and McDougall will be playing into the night! 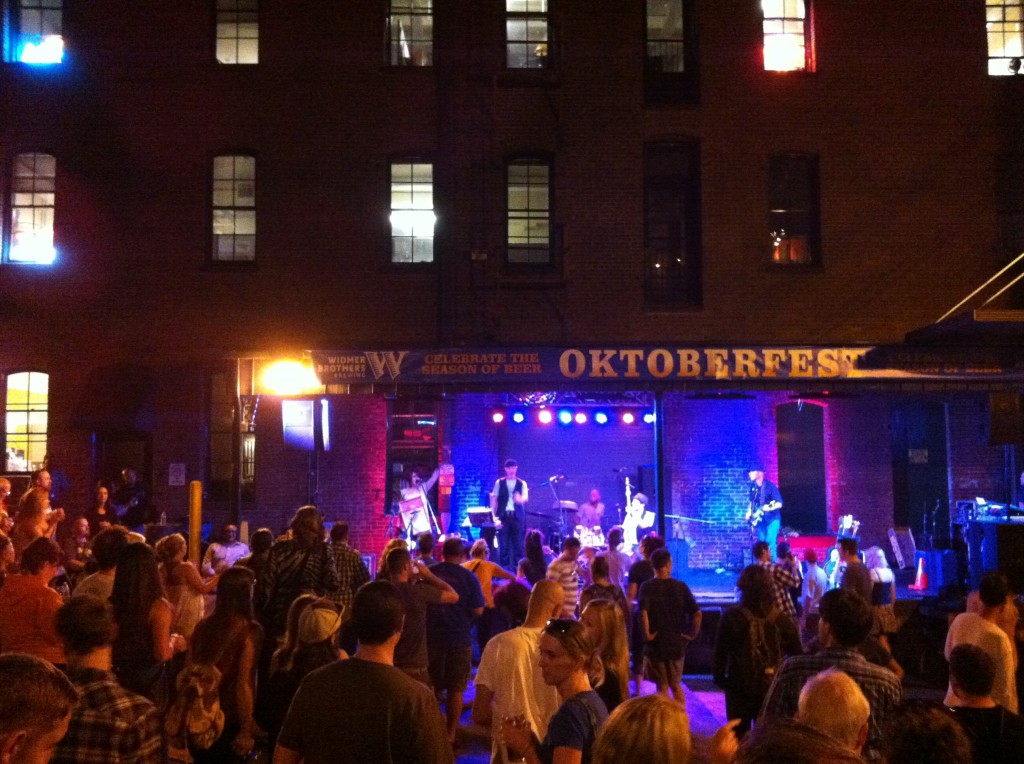 Admission is free so bring your party hats, lederhosen, and dirndls to revel in Portland’s biggest Oktoberfest celebration. Prost!