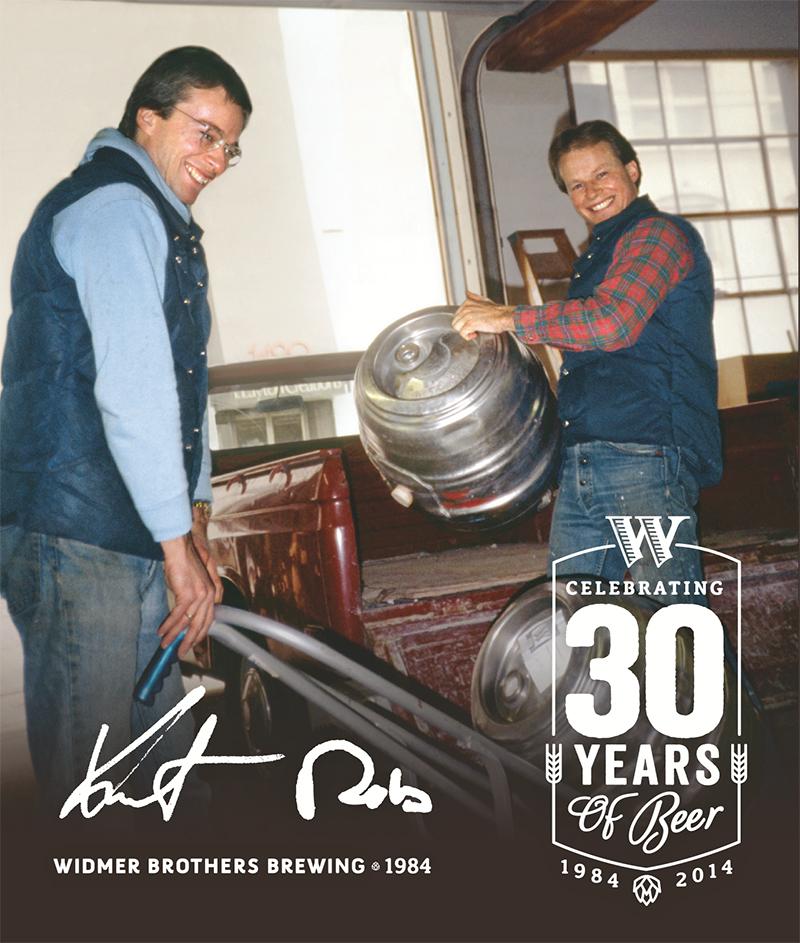 This year marks a major milestone for a few of Oregon’s craft beer pioneers. One of the originals, Widmer Brothers Brewing, will be celebrating 30 years of making great, delicious craft beer right here in Portland with some fun events taking place later this week.

April 2, 1984 was the day that Kurt and Rob Widmer incorporated Widmer Brothers Brewing. A lot has changed since those days but a couple things have not, they continue to make great, interesting beers and most importantly, give back to the community here in Portland in so many ways.

During this celebratory week that kicks off their 30th Anniversary, Widmer will be hosting three different events. The first one being their public Grand Re-Opening Party at the newly remodeled Widmer Brothers Pub on Thursday. The following night Widmer will be launching the 30th anniversary collaboration series with Blacklight IPA, a beer brewed with Boneyard taking place at Kelly’s Olympian. To cap off the week, Kurt and Rob will be toasting the Timbers Army at the Timbers match on Saturday.

Here are more details about the three events taking place beginning on Thursday…..

Widmer Brothers Pub has been closed in recent days for its first major remodel since it first opened in 1996. The remodel is part of a series of initiatives to celebrate the brewery’s 30th Anniversary. The public Grand Re-Opening Party takes place the day after the anniversary of the brewery’s official date of incorporation 30 years ago, which was on April 2, 1984. Come see what we’ve changed and celebrate the 30th with 24 beers on tap and a special 30th Anniversary menu for the night. We will be pouring many special and limited releases – including the first three releases in the 30 Beers for 30 Years series and a sneak peek of our recent collaboration with Boneyard, Blacklight IPA. 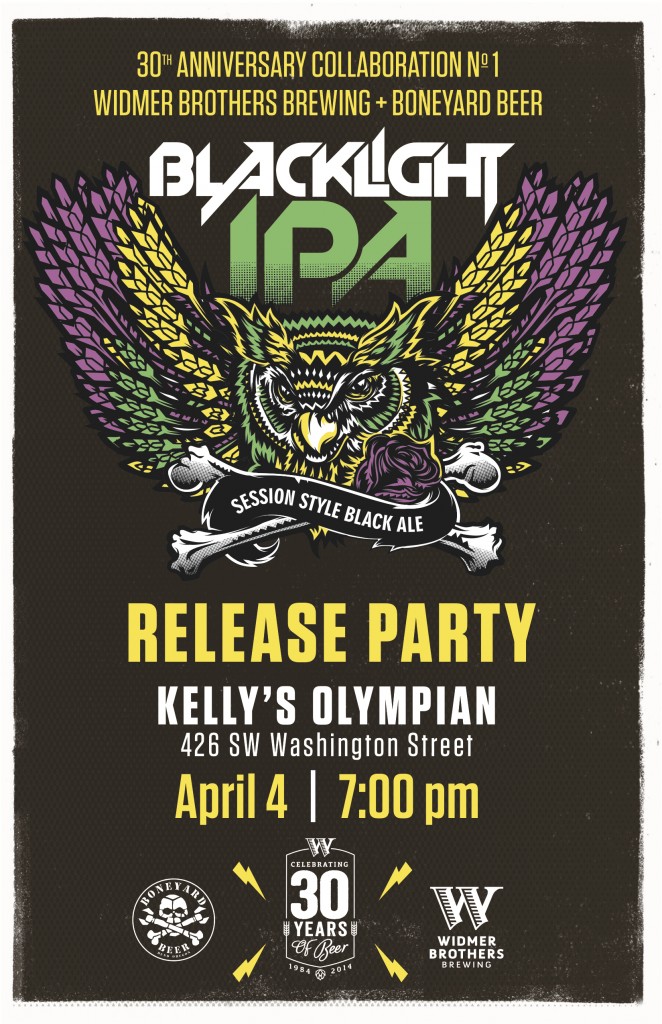 Come join Widmer Brothers and Boneyard at Kelly’s Olympian for the official Portland launch of Blacklight IPA, a bold, hop-forward session style black ale. Blacklight IPA is a collaborative effort between the two breweries, and the first of six Widmer Brothers limited release collaboration beers with Oregon breweries to celebrate the 30th anniversary. The collaboration series celebrates the Oregon brewing scene and brewery’s 30 years of brewing in the state. Brewers from both Widmer Brothers and Boneyard will be there to answer questions and chat about the beer. Blacklight will be poured alongside three Widmer Brothers beers and three Boneyard beers. The two breweries also teamed up with LipPop Booking to present live music from RLLRBLL, Gallow Swings, and Downgown.