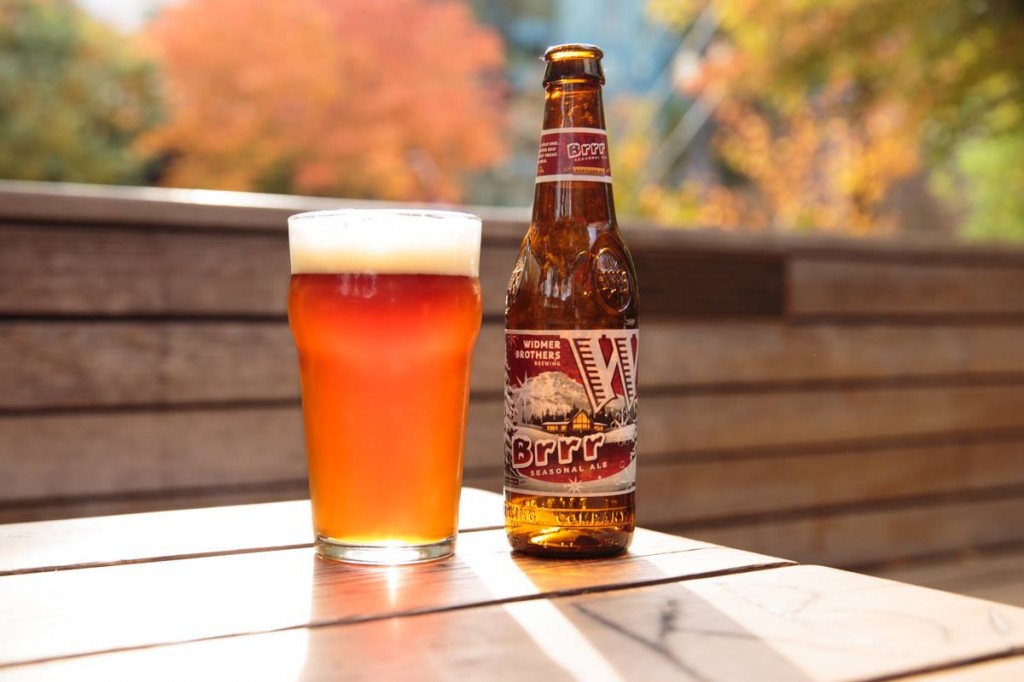 Now in it’s eight year, Widmer Brothers Brewing Brrr Seasonal Ale is now out on store shelves and on tap at many of your favorite restaurants and bars. Originally brewed in 2006 as part of Widmer’s experitmental “W Series”, this winter seasonal is a Northwest style hoppy red ale. There are no spices or additional malts as in many winter seasonals.

So make sure to warm up with a Brrr. This winter red ale offers up a deep red body that fills your glass and a citrusy hop aroma fills your nose. Then caramel and chocolate malts reward you with a perfectly balanced, malty sweet flavor and velvety finish.

Below is more from the brewery on their 2013 edition of Brrr:

The first signs of winter are here: the days are getting shorter, the nights are getting colder, and Widmer Brothers Brewing announced the release of its winter seasonal beer, Brrr Seasonal Ale. This is the eighth time that Widmer Brothers has released Brrr and the tradition continues as the brewery invites beer drinkers across the county to “warm up with a cold one” this winter.

Brrr Seasonal Ale is a hoppy Northwest-style red ale, which is a departure from many dark malt-driven winter warmers, with a deep red, rich body and a hearty malt presence. The addition of Simcoe and Cascade hops give it a big citrusy hop aroma, while Widmer Brothers’ Alchemy hop blend provides a balanced bitterness to complement the sweet malt profile.

First released as N.W. Red Ale as part of the brewery’s experimental W Series in 2006, the beer quickly became a favorite and earned a spot in the Widmer Brothers seasonal lineup less than a year later. The beer was renamed Brrr Seasonal Ale, and has been warming up winters for Widmer Brothers fans ever since.

“Brrr is a beer that our brewing team wanted to drink during cooler months, and was definitely influenced by the Northwest’s love of hoppy beers,” said Brewer Doug Rehberg. “When we first brewed it, our goal was to brew a big, hoppy red IPA. We chose Simcoe hops, which were fairly new at that time, because of the hop variety’s fruity, spicy and citrus character. The recipe turned out to be perfect for the season, and it’s one that our team still looks forward to every year.”

Brrr Seasonal Ale is available in markets across the country until January in all formats: on draught and in six-, 12-, and 24-packs. Brrr is also available in the Widmer Brothers Brothers’ Best variety packs until January.

Please visit www.widmerbrothers.com for more information, or follow Widmer Brothers Brewing on Facebook for the latest brewery news and happenings.

About Brrr Seasonal Ale
Warm up with a cold one. Or two. Our winter red ale is the perfect treat, naughty or nice. The deep red body fills your glass and a citrusy hop aroma fills your nose. Then caramel and chocolate malts reward you with a perfectly balanced, malty sweet flavor, and a velvety finish.