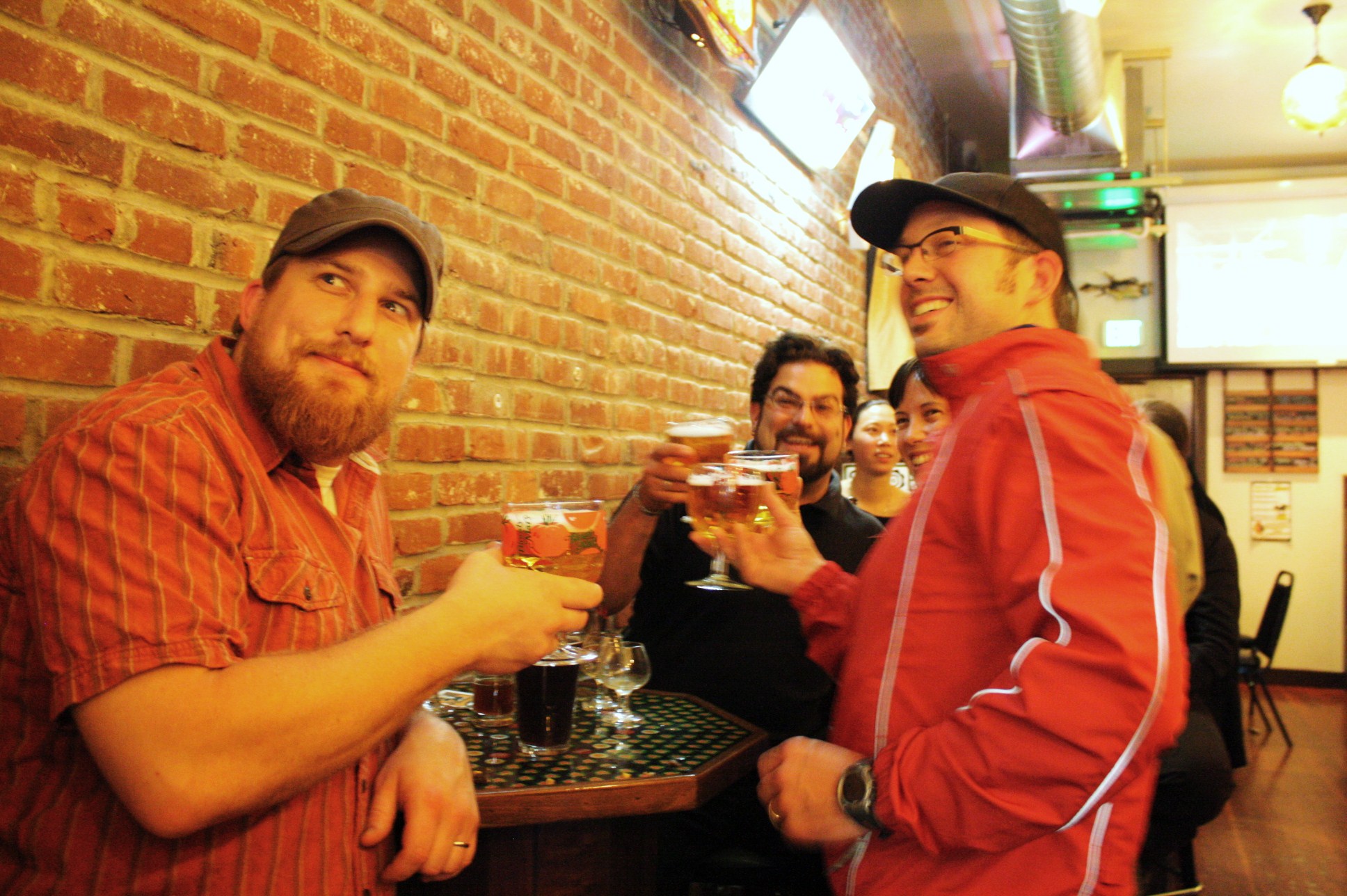 The weekend was wild with wacky one-offs from some of our favorite breweries in the world. Saraveza was 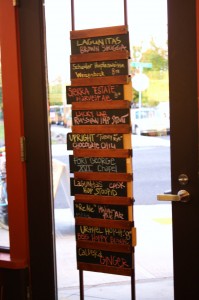 electric and geared up to showcase some spectacular specimens. On Friday at 1004 N. Killingsworth, an eclectic ensemble of worldly brews and the people who love that kind of stuff were on hand for this kickoff evening to celebrate this humble blogs first year in cyberspace. For sometime my attention was overridden by my fanatical Red Sox fan brother yelling at the screen as our favorite hometown team pissed away their season. But for the rest of the audience, it appeared good beer and company were shining so bright. My first brew of the night was Lagunita’s Brown Sugga. At around 10% ABV, a full pint of this year’s more hoppy Sugga proved dangerously delicious. The hit of the night was Lagunita’s Hop Stoopid on cask. This was evident by it being the first keg to kick. Other wonderful beers like the Sierra Nevada Chico Harvest Estate, a piquant Italian Pale Ale from Re’Ale, Caldera’s snappy Ginger Pale Ale, Upright Turkey on Rye, Deschutes King Cone Fresh Hopped Pale Ale, and Oakshire’s Collaborative Evil were all big winners. Of all the brews on this fine evening, my two favorites were Lucky Lab’s Pavlov Imperial Stout and Fort George’s Belgian Style XVI Chapel Imperial IPA. 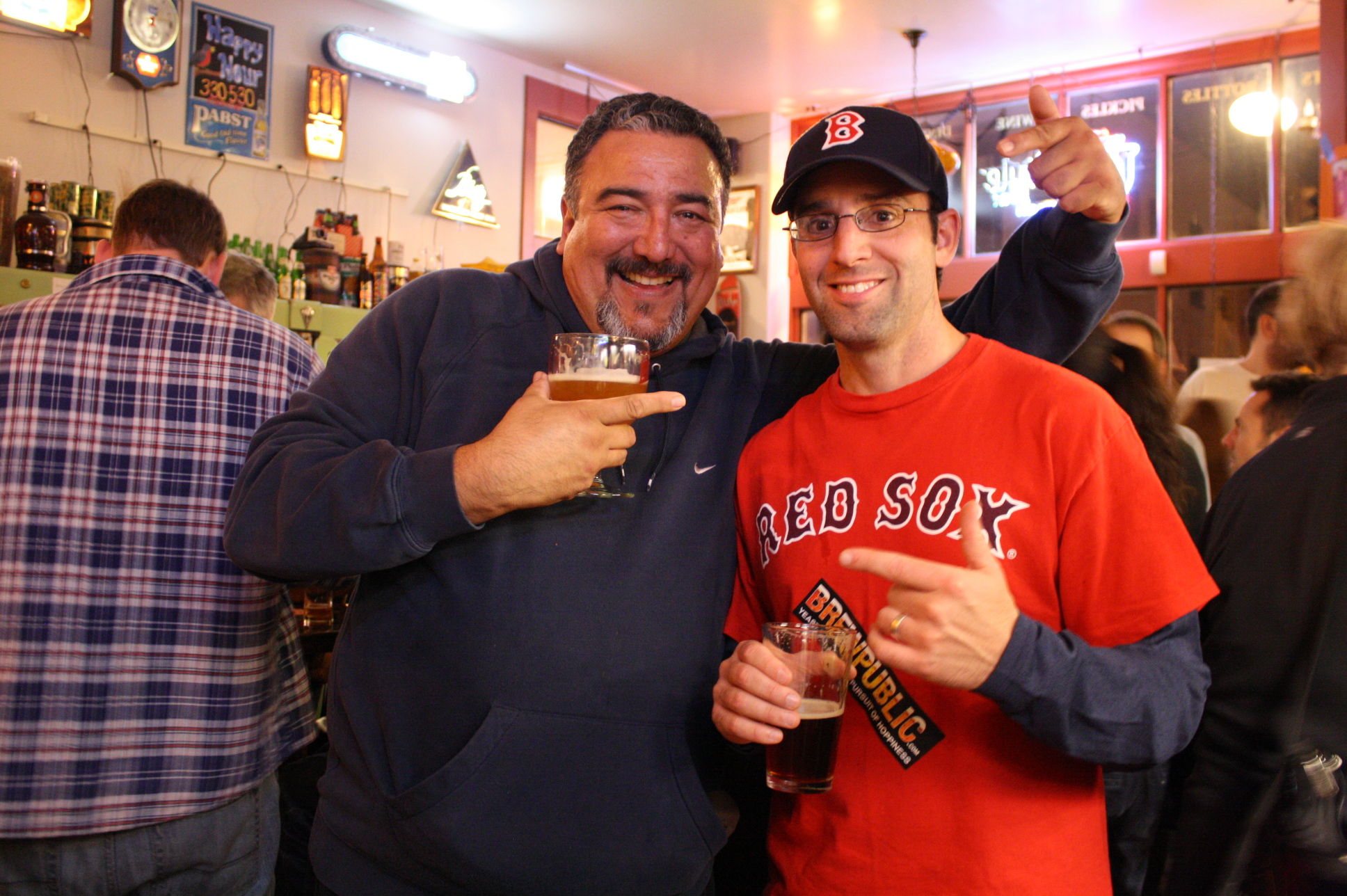 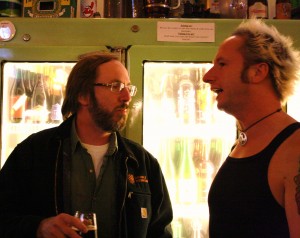 following a fresh hop kickoff at Oak’s Amusement Park. Matthew DiTullo, the latest recruit for Brewpublic, had his video beer art installation projected on the big screen to the delight of the beer geeks on hand. Thanks to the generosity of several breweries, several folks left with free beer schwag. We were elated to see folks from Hopworks, Pyramid, Lucky Lab, Upright, Double Mountain, Oakshire, and many others of favorite folks showing some love for our Brewniversary. We were event treated with our Brewpublic Quebecois correspondent Marc Demeule making the pilgrimage from the East Coast to celebrate with us. The staff of Saraveza busted ass to make this night a winner and they did it with smiles. Thanks you guys. You were the ones who really made the night great! 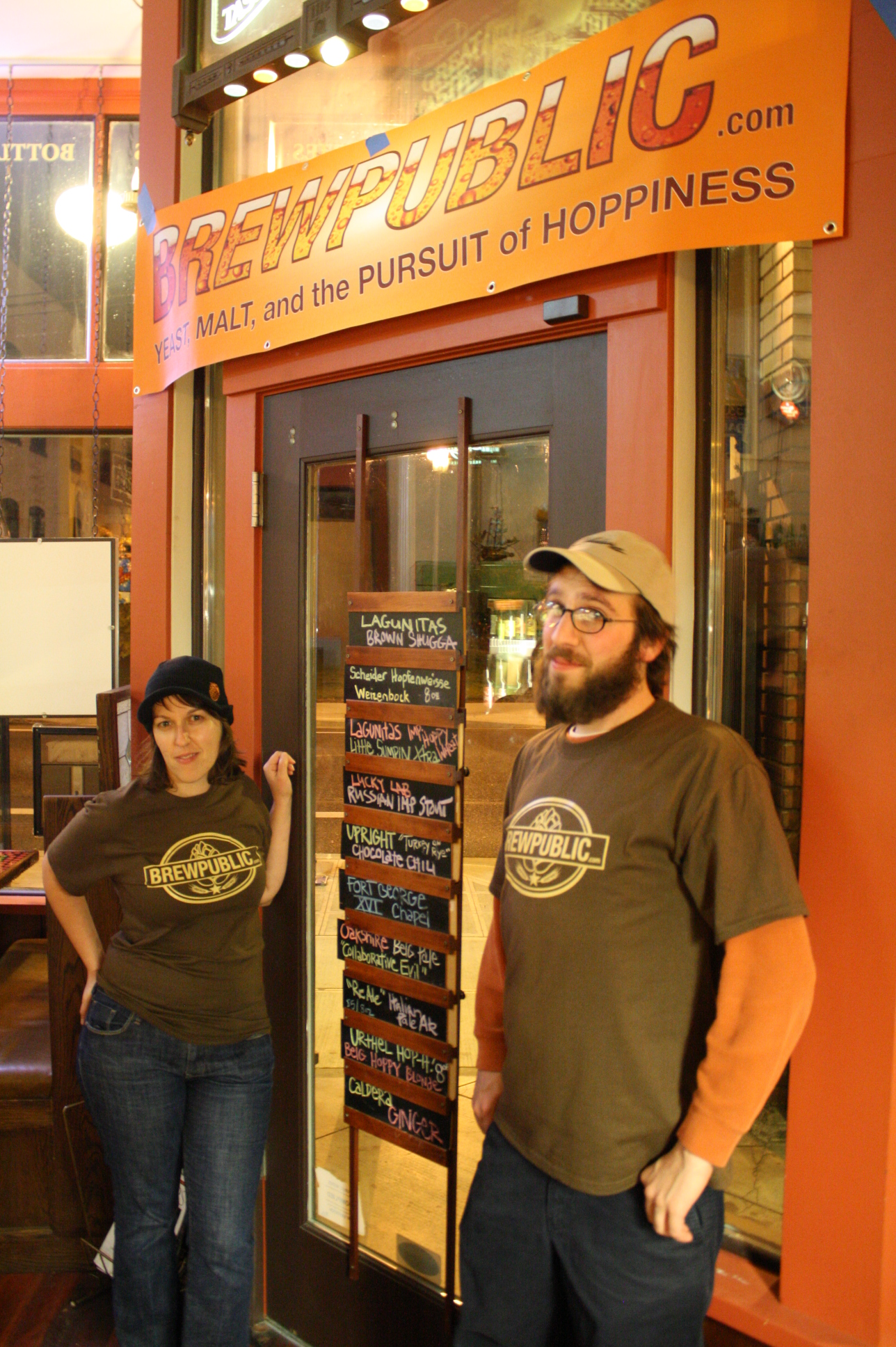 After the long night of fun, we headed home with water bottles in tow, hoping to somehow survive the long wild weekend.