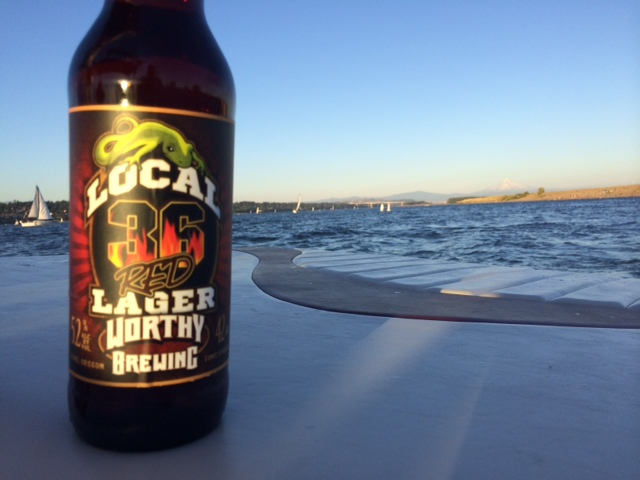 The latest seasonal release from Bend’s Worthy Brewing is their Local 36 Red Lager. This red lager was brewed in celebration of the 100-year anniversary of Local 36, a heat and frost insulators union from Portland, Oregon.

When Worthy Brewing began operations back in early 2013, their foundation was built upon by the asbestos workers that risked their livelihood while exposing themselves to this mineral. Worthy’s founder, Roger Worthington, built a career out of representing the union’s asbestos workers, including his own father. “For over 24 years, it has and will continue to be my honor to represent some of the finest people in the world, without whom Worthy Brewing would not be,” says Roger. “Local 36 Red Lager is my way of saying thank you for their sacrifices and dedication.” 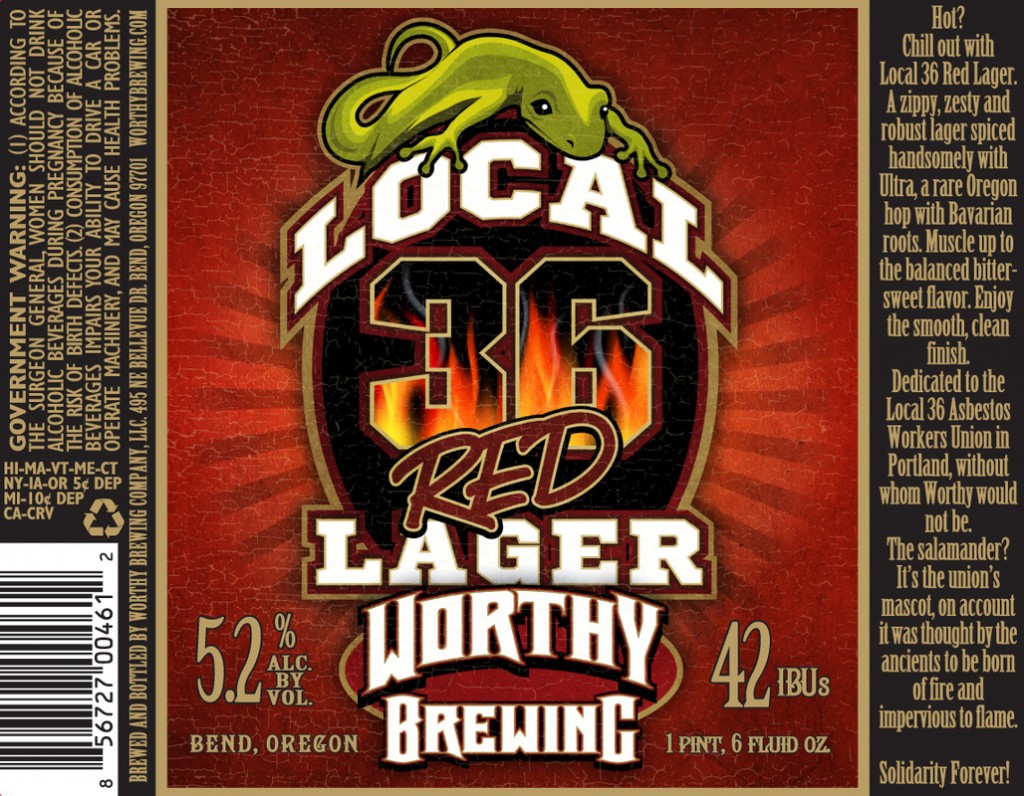 After having Local 36 Red Lager on draft the other week and from the bottle over the weekend fans of hoppy lagers will be happy with this choice. Local 36 Red Lager comes in at 5.2% ABV with 42 IBUs, delivering a smooth, clean, and happily hopped finish. The robust red lager was brewed with a mix of domestic and imported malts and spiced with Ultra, a rare Oregon-grown aroma hop with Noble Bavarian roots. The very limited release of 22-ounce bottles and kegs will be distributed by Columbia Distribution in Oregon and Washington, Hodgen Distributing in Eastern Oregon, and by Hayden Beverage in Idaho.