What an amazing weekend it was: Friday the 13th and Valentines Day landing back to back..  But to make matters better, Zwicklemania landed on Oregon’s craft brewing world and presented a world of fun and community that will resonate for days, months, and years to come.

Thanks to Yvette Uber of the Oregon Brew Crew, I was asked to participate in the judging of this years Collaborator.  I was in a group reviewing a flight of old ales and barleywine entries next to the skilled and knowledgeable Ike Manchester of Widmer Brewing fame as well as Scott Sanders, a pioneer member of the Oregon Brew Crew, whose English Brown Ale was the chosen beer for the first Collaborator brew in 1998 (somehow Widmer Snow Plow won out).  The presence of these men made me feel like quite a small fry in technical brewing know-how, but their kind spirits aided in erasing my doubts.  It was awesome.

After our flight of five big bold beers that began around 11AM Saturday, we were off to lend a hand in picking the 11th Anniversary Collaborator brew…Turns out the winner was very interesting homebrew by FH Steinbart’s Michel J. Brown.  The brew is an imperial pumpernickle alt, and according to Uber, Brown “actually ripped up three pounds of bread and put it in the mash!” The release party for this scrumptious beer will occur on November 11th… I left the judging early wishing I had sampled all of the flights (especially the experimental one that Brown’s brew was a part of). I felt humbled and honored by the experience with a bottle of 2008’s Doppleweizen and a smile on my face. 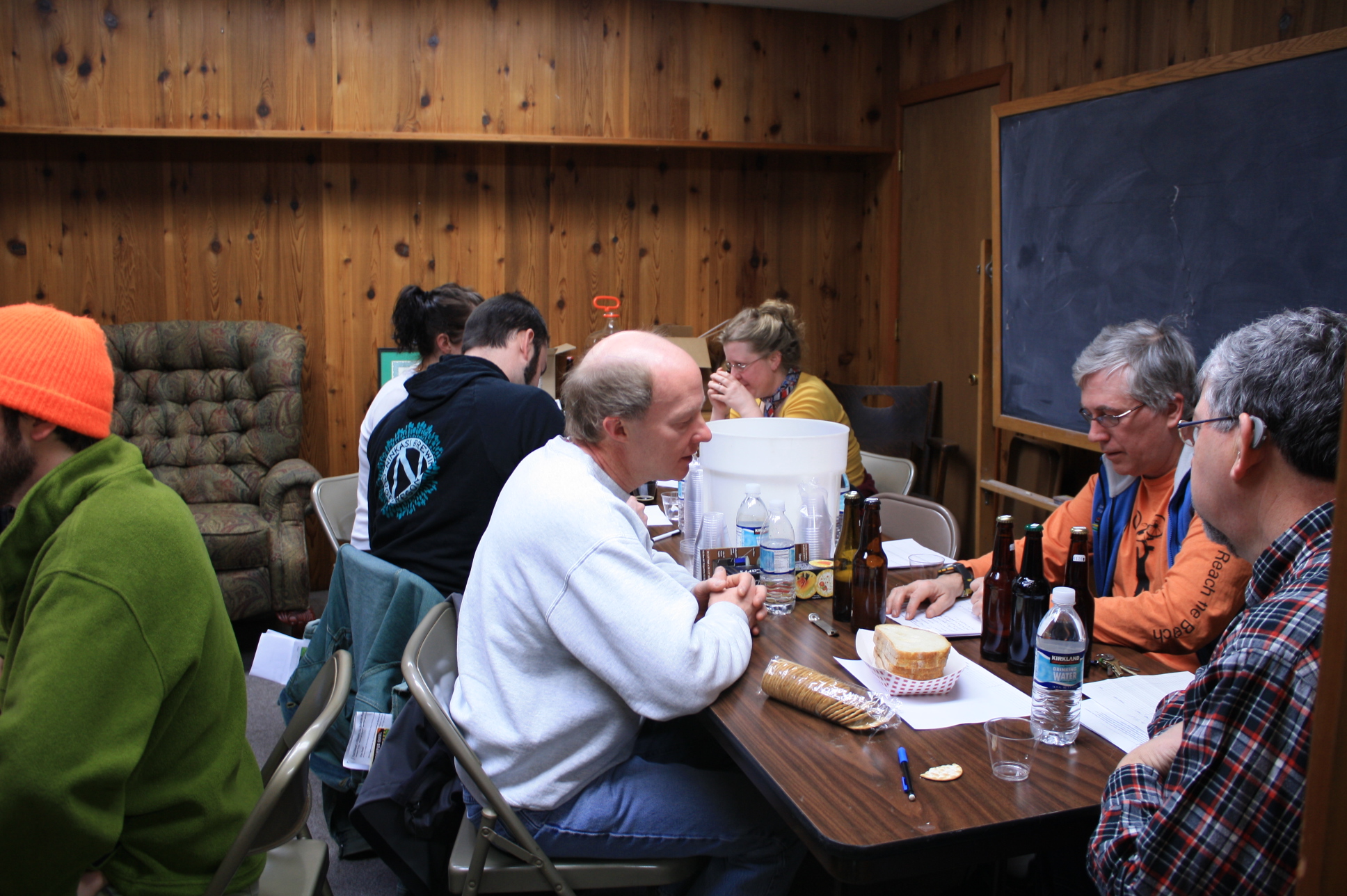 Back to my home in Southeast Portland, I was able to powder my face, grab lunch and whisk away to the first of five Zwicklemania events I would experience.  With so many places beckoning in the region’s burgeoning brew community, it was hard to decide what all to do, but not so much as to where to go first.

Hair of the Dog is a brewery that legends are made of.  People from all over the world make pounding on Alan Sprint’s big old doors a destination worthy of remembrance.  We arrived about 1:30PM to discover a line forming around the brewing hearth and leading to the taps where Senior Sprints presented storied tasters of his concoctions with a warm smile and an appreciation for the support of his truly craft operation.  “Thank you for coming” he said as we made our first lap with tastes of Blue Dot Double IPA and Ruth.  What a genuine experience.  I was sure that Sprints had somewhere better to be, but remained at the core of what this inaugural event meant to the community of eager Oregonians.  On our second round, we met up with Gordon Feighner, a friend and fellow craft beer zealot.  We hereinafter discovered the availability of Matt, a bold 9+% sour Belgian styled ale brewed for Bottleworks in Seattle; rich and dark in body, with an echo of tart and chewy yeast and malt character.  It was evident that this would be a fair day. 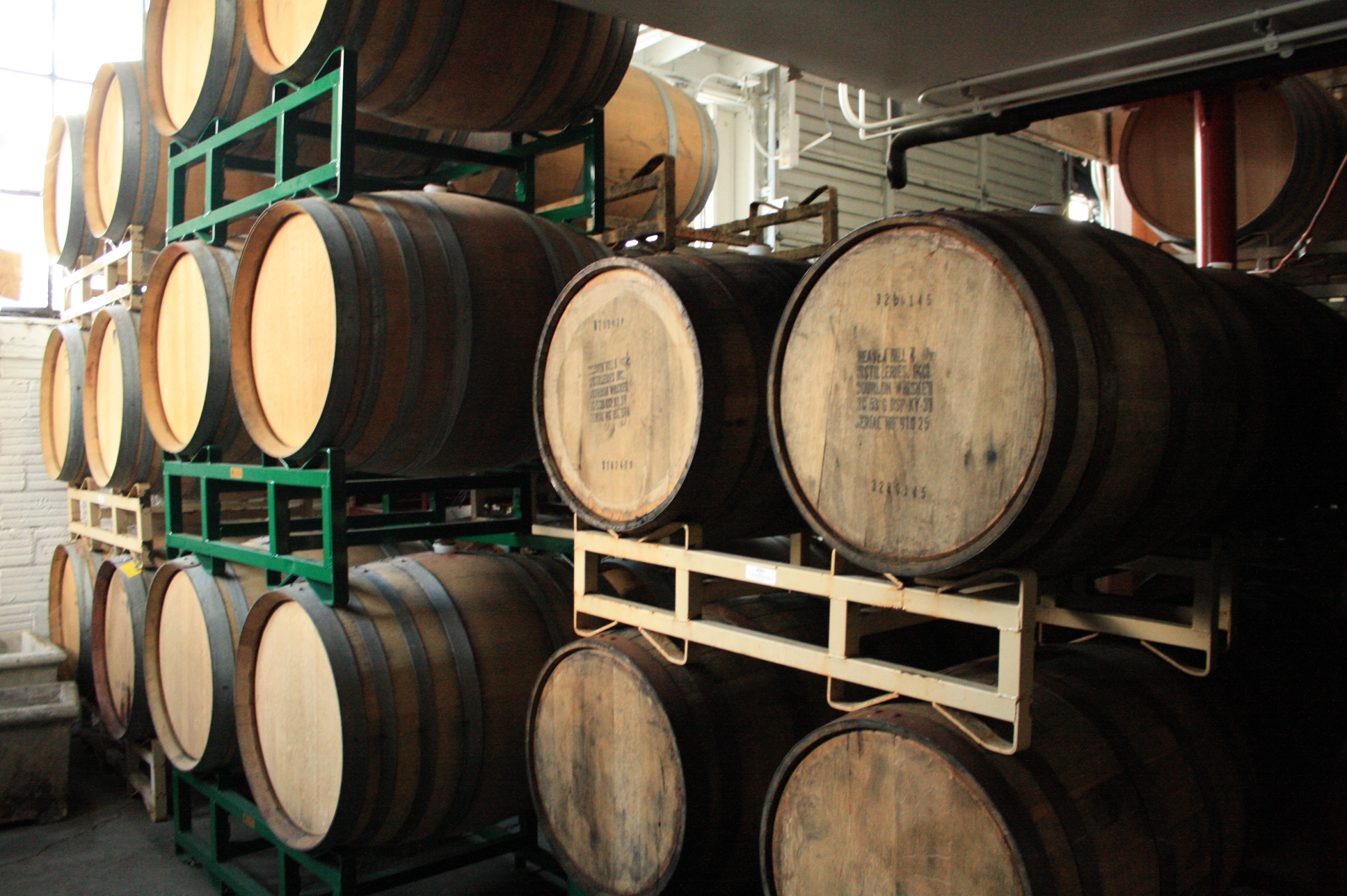 Hair of the Dog was enough to make our day in and of itself, but knowing the spirit of Oregon brewing and Portland in particular, this day was long from over craft beer-wise.

We soon found ourselves at the brewery of Full Sail at the Harborside Pilsner Room in SW Portland.  Brewer Phil Roche welcomed grateful quaffers to  once in a life time tastes of a special 12-year-old barleywine aged for one year in bourbon barrels.  A “wow” beer, this deep amber-copper bodied brew was worth the day itself.  Served betwixt the boldly hopped Slipknot IIPA and a pile of Belgian dark chocolate shavings, this grubbin’ ale was the centerpiece of a wondrous happenstance. Brewers from Full Sail alongside Zwicklemaniacs such as myself gathered in the impeccably clean fermentation center to appreciate one hell of a brew.

Pulling ourselves away from a few of the best exhibitions in recent memory, we pushed forth to take advantage of more of Zwicklemania’s offerings.  Next stop: Deschutes.  The Pearl District’s blingin’ copper kettled brewery was quite the spectacle.  Above floors you could eat off, we joined a group of beer tourists smitten with platters of the Oregon 150, a crisp ale from the original Bend brewery made of 100% Oregon ingredients highlighted by a lush dose of fresh blackberry honey and marionberries.  Following this crisp, sessionable “chick beer” was a pungently odored Maiden Oregon, a bright Belgian-styled amber ale.

Leaving a packed house at Deschutes, we made our way on foot to BridgePort where the touted Hop Harvest kegs had already blown and samples of cask conditioned IPA were sipped.  The relaxed atmosphere of the chic industrial brewpub beckoned Victorian pints of favorable flavors such as Blue Heron pale ale and Raven Mad imperial porter.

With the clock winding down for the Zwicklemania’s, we ambitiously dredged over to Flanders Street to experience Rogue Ales.  Despite the pricey small pours, we were anxious to put our lips to the Sesquicentennial Ale that the paid door hand proffered as “the official 150th Anniversary Beer.” Ok.  We were pleased to see publican and beer legend Jim Parker hosting the beer and chocolate pairing in the dining portion of the brewpub.  Parker was standing in for Fred Eckhardt who was unavailable for the festivities.  In all, the event was a true adventure.  We had a fat slice of what Oregon craft beer is all about.  Part of me felt like I missed out on so much while part of me was enamored that I managed to take in as much as I did.

Here’s to 150 years of Manifest Destiny and some fervent fermentables.  It will be interesting to see where things stand in another 150 years.  Hope we can sustain.  Prost!