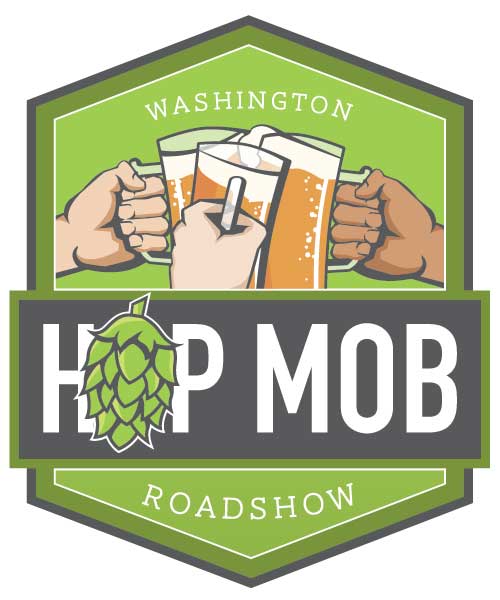 The series of events begins with the official Hop Mob Kickoff at Brouwer’s Cafe in Seattle on Friday, February 6 and concludes with the Hop Mob Finale at Pike Brewing in Seattle on Saturday, February 21. Sandwiched between those dates, five beer-focused bars around the Puget Sound area host Hop Mob Roadshow events. The Hop Mob Kickoff and the Hop Mob Finale will each feature over 30 Triple IPAs on tap—all of the Hop Mob beers. Each Hop Mob Roadshow event features at least a dozen of the beers on tap. Event dates and details are provided below and also on the official website, www.wahopmob.com.

The events showcases Washington-brewed Triple IPAs, perhaps the most boldly hoppy of all beer styles. Typically this style of beer weighs in at more than 10 percent Alcohol by Volume and features profound hop character, whether in the form of bitterness, aroma, or both.

“Triple IPA is a difficult style of beer to master and breweries that do it well are highly revered,” says Kim Sharpe Jones of the Washington Beer Blog, which is helping organize and promote the events. “Some out-of-state Triple IPAs get an enormous amount of attention and cause beer enthusiasts to swoon like preteens at a One Direction concert. Our goal with Hop Mob is to show that Washington’s brewers can produce beers that stand shoulder-to-shoulder with any of those ballyhooed, out-of-state beers. Also, it’s a great excuse to drink some really excellent stuff.”

To brew a good Triple IPA, brewers use a substantial amount of malted barley, which provides the elevated alcohol content. To balance-out the malty sweetness and give the beer its requisite hoppy character, brewers rely on substantial quantities of hops. In Washington, hops are more than an ingredient; they’re a way of life. The Yakima Valley produces between 75 and 80 percent of the nation’s hop crop each year and some of the farms are operated by families that have grown hops for four and five generations.

All of the Hop Mob beers on tap.
Available in six-ounce pours or 12-ounce pours.
Also available in flights of three: al a carte, you pick which three you want.