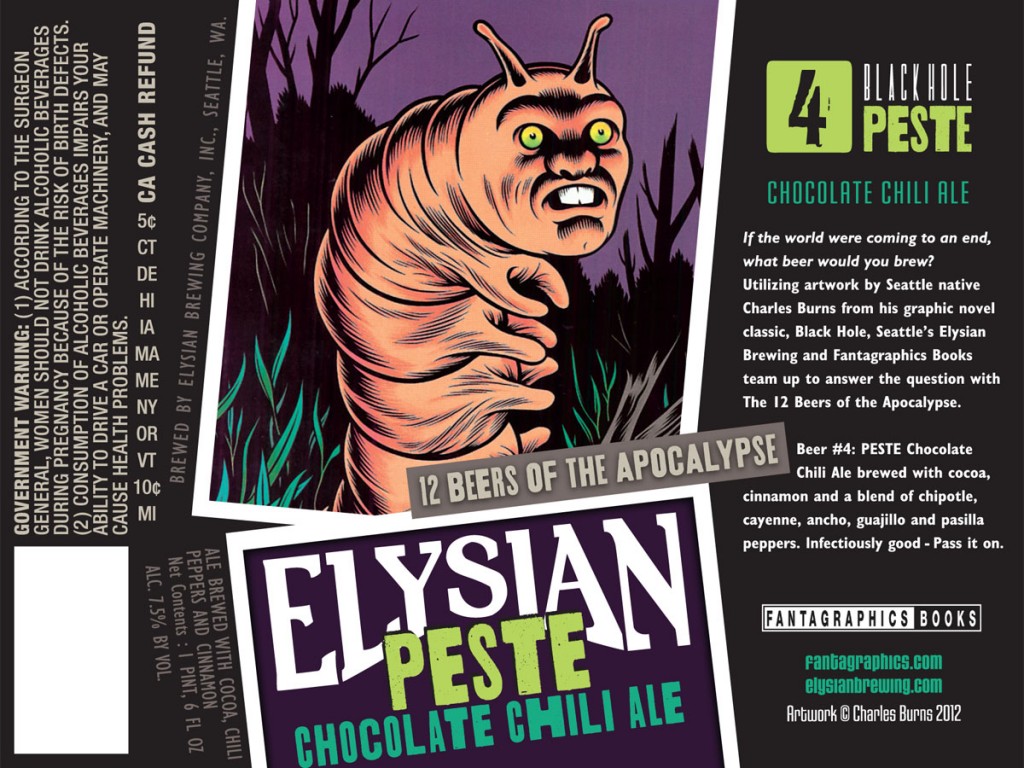 Elysian Brewing of Seattle, WA is releasing the next brew from their 12 Beers of the Apocalypse Series. This beer is a chocolate chili stout called “Peste.” Utilizing the artwork of Charles Burns from his Fantagraphic Book Black Hole, Peste is a beer described as “brewed wtih cocoa, cinnamon and a blend of chipotle, cayenne, ancho, guajillo and pasilla peppers. Infecetiously good – Pass it on.

Peste will make its Portland debut at Concordia Ale House on April 21, 2012 at 11AM. The beer will soon after be available in 22-ounce bottles and draught throughout the Pacific Northwest wherever tasty craft brew is sold.

Another interesting me beer coming out by the Seattle brewery is Split Shot Espresso Milk Stout. Serving as the official beer release for the fourth annual Seattle Beer Week (May 10-20, 2012), Split Shot’s label states:

Beer and coffee are Seattle siblings, jealously dividing the day. Split Shot combines the talents of Elysian’s brewers with a pound per barrel of cold-infused, Seattle-produced Lighthouse coffee. It’ll open your eyes to delicious new beer. Split Shot is the Official Beer of 2012 Seattle Beer Week. 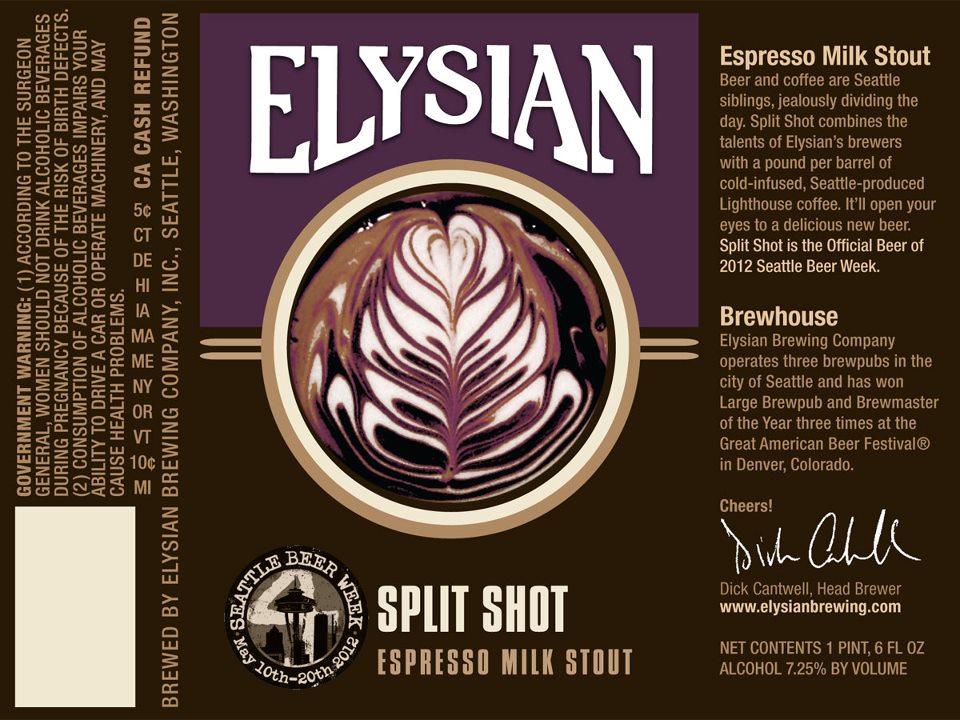