Its time to mark your calendars for one of the first brewfest’s to take place in the new year. The 11th Annual Strange Brewfest returns to the American Legion in downtown Port Townsend, Washington on January 23-24, 2015.

Originating in 2005 and held every year during January, Strange Brewfest brings our the best in craft beer to the Northeast corner of the Olympic Peninsula. This year when the fest welcomes its 11th year, organizers are opening up more space for breweries and patrons alike, to make Strange Brewfest even more memorable. If you want to read more about the 2010 Strange Brewfest, here is a recap from Angelo De Ieso.

This year Strange Brewfest will kick off on Friday, January 23rd from 5:00pm to Midnight and conclude on Saturday, January 24th from 1:00pm to Midnight. Set to the theme of This Is Spinal Tap, this year’s fest will feature over 30 Northwest Breweries with over 60 ‘strange’ brews. Live musical performances by Joy In Mudville, Rippin’ Chicken, The Polyrhythmics, Lucky Brown & the Super Premium Chiefs, and Swindler the High Council, and more. 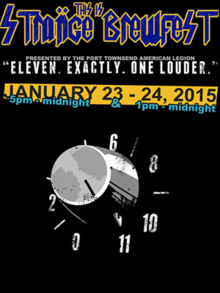 Advance tickets are now on sale for $30.00 each by clicking here. This entitles you to a souvenir tasting glass, 4 tasting tokens, and a wristband to get you in for both days. Additional tasting tokens will cost $1.50 each. Door entry fee will be $35.00. To gain entry you must be 21 years of age or older. Also, please leave your pets at home as they are unable to enter the American Legion.

Beyond the unique craft beer, some brewed special for this very “interesting” brewfest, there is also some great live music, chainsaw carving and food options available at Strange Brewfest. All weekend there will be music along with a super light show provided by DJ Frozen Fresh. Each nights musical lineup features the following musicians. 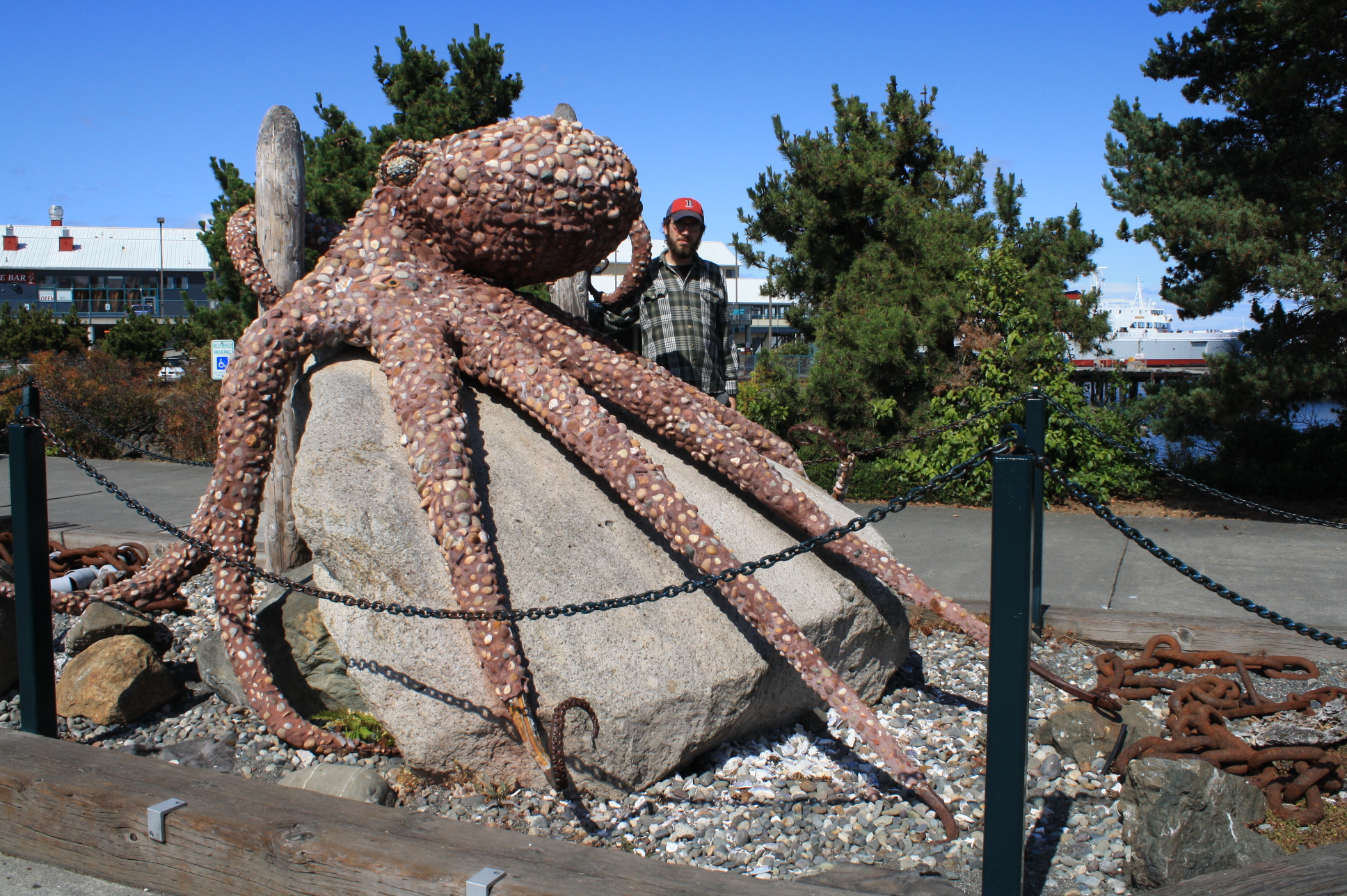 Other highlights for the 11th Annual Strange Brewfest includes Chainsaw Carving from Roadside Woodcarver (Pemco Insurance commercial), Steve Backus, and (back by popular demand) nationally known, Pat McVay will be demonstrating their artistic skills during daylight hours on Saturday.

The various Food Options will consist of Dented Buoy Pizza and Catering whom will be firing up thin crust, sizzling hot pizzas using organic fresh local ingredients! Another local favorite, The Courtyard Cafe will be serving hot and fresh pulled pork sandwiches! Seafood lovers will be able to enjoy oysters on the half shell, seafood chowder, offered by Key City Fish Company, as well as sweet italian sausages, and bratwursts. And if you’re in the mood for some spicy food options, Olgita’s Tortillas y Mas (a favorite at the Uptown Farmer’s Market) will be serving fresh traditional Salvadorian cuisine including, pupusas, homemade tortillas and salsas.

So make your plans now to visit Port Townsend for their 11th Annual Strange Brewfest that takes place in the midst of winter from January 23-24, 2015