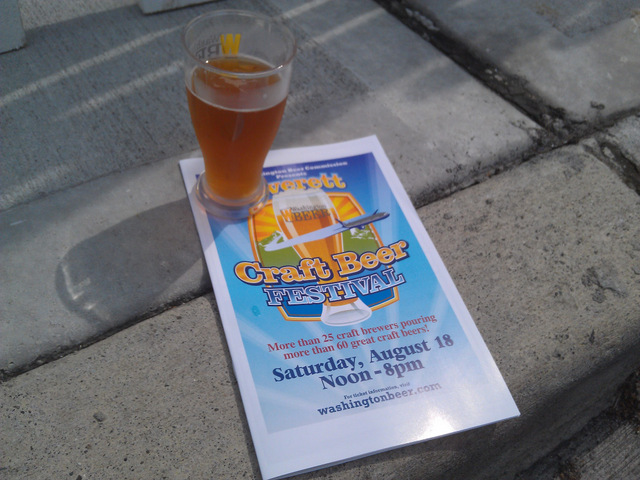 Well once again we found ourselves visiting beautiful Puget Sound during these great summer months, and wouldn’t you know it, an inaugural craft beer event was happening.  This past weekend, during a visit with friends and family in North Puget Sound we found just enought time to attend the first ever Everett Craft Beer Fest.  This beer fest is the most recent of the now six craft beer events put on by the Washington Beer Commission. 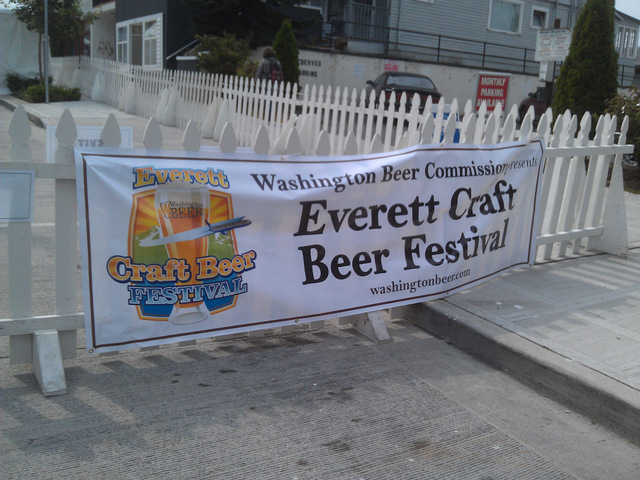 The fest was held in a fenced two block stretch in downtown Everett, WA.  With a live music stage at one end, and nearly 30 breweries giving us more than 60 choices, it was a great atmosphere for a day of beer sampling. 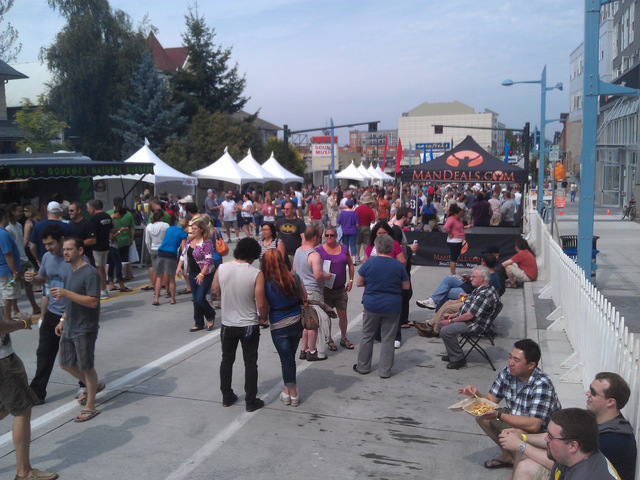 We decided to arrive early just in case the crowd could become overwhelming at some point.  The area filled up at a steady pace but we were always able to retrieve a taster in a timely manner.

Already being familiar with many of the breweries in attendance and a good amount of their beers I decided to at least try a couple from the breweries new to me.  First off was the Wicked Riff IPA from Twelve Bar Brewing of Woodinville, WA.  Excellent first choice, a well hopped NW style IPA that was very enjoyable. 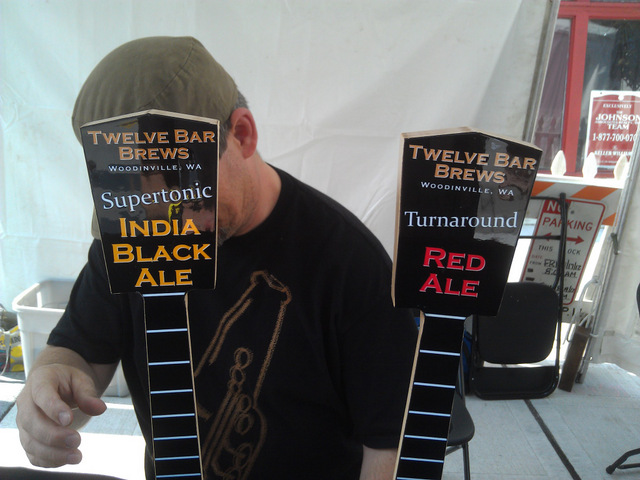 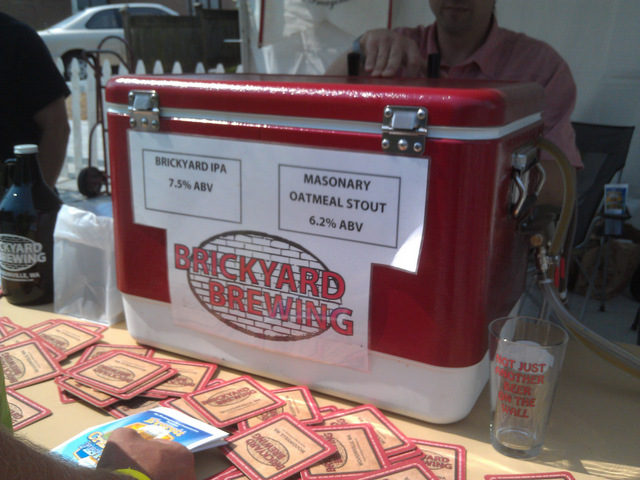 Brickyard Brewing, another brewery in attendance from the Woodinville area and also new to me, offered up a tasty IPA as well.  I then went back to Twelve Bar and tried their Supertonic India Black, which had a very smooth and roasty but still with an IPA kick coming in at 80 ibus. 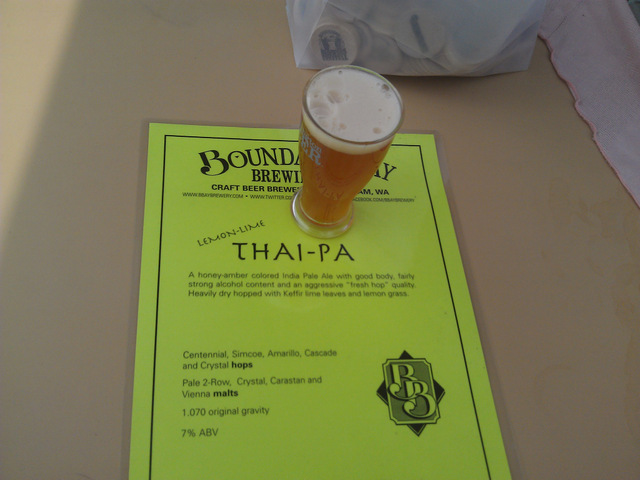 After sampling some newbies I decided to try some very appealing sounding brews like Boundary Bay’s Lemon Lime Thai-PA.  Glad I did, very refreshing lemongrass highlight on what they already excel at in brewing which is a great balanced and perfectly hopped IPA.  Another new beer from a familiar brewery was Scuttlebutt’s Powerplay Pale Ale, the new official beer of the Everett Silvertips Hockey team.  Not too much pale about this one except maybe relatively low 41 ibus.  It had a great hop aroma from the Amarillo and was definitely one I’d like to have again. 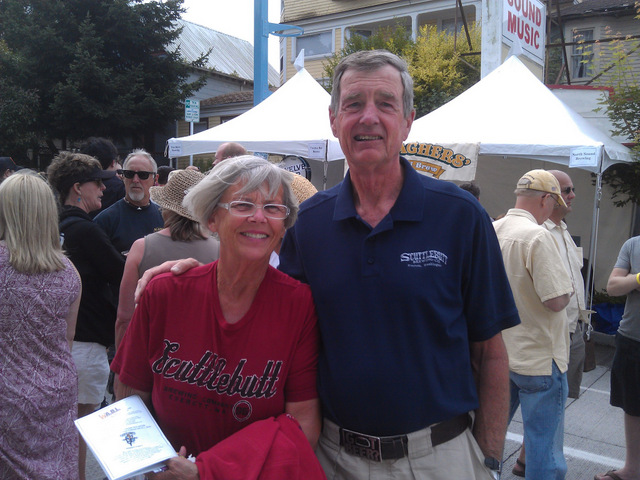 Not to be outdone though, and what I believe the most exquisite and flavorful beverages I tasted the entire day, was Fremont Brewing’s Infused Dark Star Imperial Oatmeal Stout.  Infused with what you ask?  Well how about hazelnut, toasted oak, and smoked peppercorns.  Yes, it worked, and very well.  You could literally tasted every infused component, and along with the oatmeal body and roastiness, it was a winner.  I’d liked to have brought a growler back with me but alas they had to spread around the goodness. 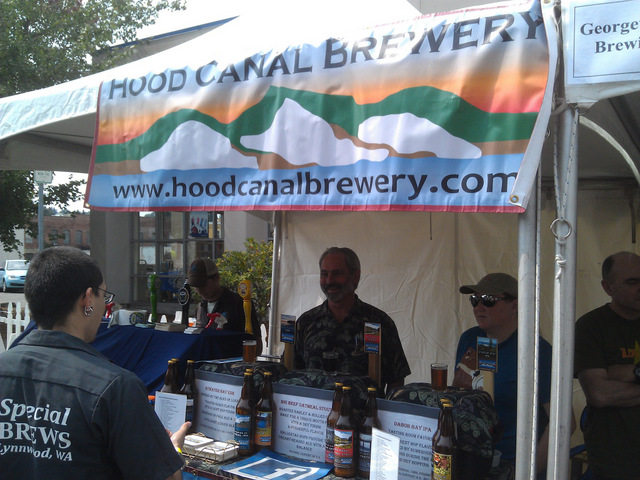 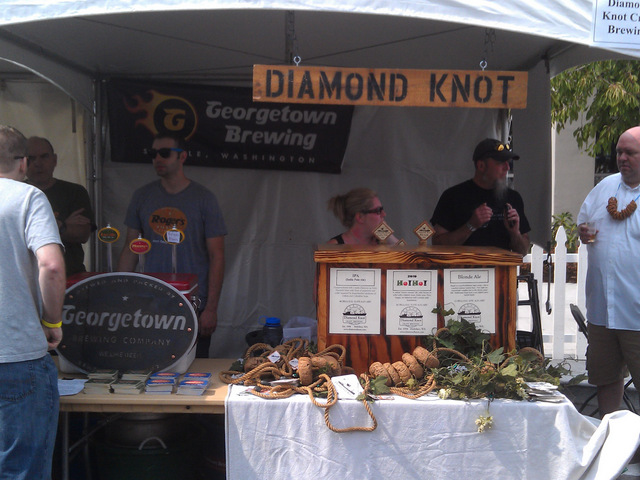 All in all this was a very enjoyable beer festival.  More than one person I talked to made the comment that it seemed like the organizers had been putting the event on for at least a couple of years, and I agreed.  Some of the little things made this one a winner, like easy parking nearby, very effecient admission and lines, brewers and brewery owners in attendance and actually pouring beer for you (see photo!). 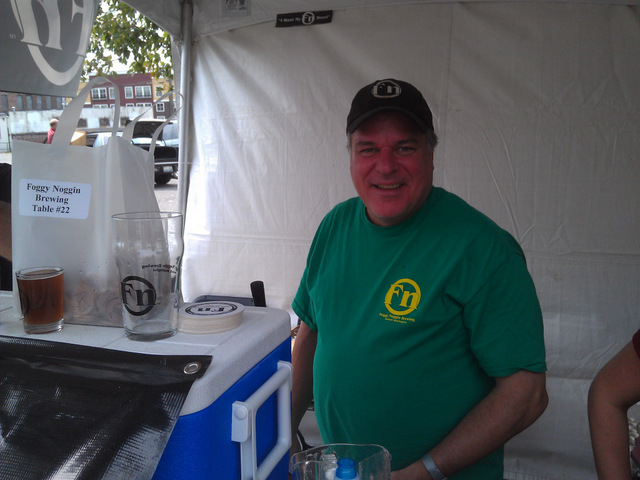 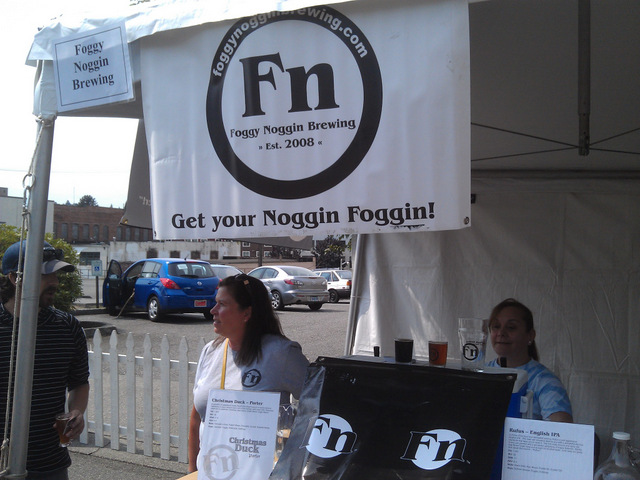 Definitely a Pacific Northwest beer event I can  recommend, especially for those of you who don’t have access to all of the breweries of Puget Sound.  Thanks to the Washington Beer Comission and all of the other breweries and volunteers for a well organized and enjoyable event, see you next time!