An iconic beer style and packaging is returning t0 the shelves where craft beer is sold around the Pacific Northwest. Churchkey Can Co., first released their home-crafted Pilsner-style lager during the spring of 2012 when homebrewers Lucas Jones and Sean Burke went pro. Burke has since extended his portfolio of success with a number of nationally recognized brews made with The Commons Brewery of Portland, Oregon.

Good news for fans of the easy drinking rich Czech-style Pils is that Churchkey is back with their one-of-a-kind brew being sold in packaging as distinct as the beer itself and offering beer drinkers a step back in time to a time not long after America’s alcohol Prohibition. Here’s more details from the folks at Churchkey:

Seattle, Washington – November 3rd Churchkey Can Company is pleased to announce the return of Churchkey Pilsner based on an original recipe by home brewers Lucas Jones & Sean Burke, who have been crafting home brewed beer in their garage for many years. Churchkey Pilsner debuted in March, 2012 and enjoyed a tremendous amount of success bringing a forgotten experience back to beer lovers. For almost a year, BevLink, LLC in conjunction with the Churchkey Can Co., has been working diligently preparing for the highly anticipated 2014 return of the brand. Brewed with Czech Saaz hops and traditional pilsner malts, Churchkey delivers a thirst quenching brew full of flavor in a crisp, Czech style pilsner. 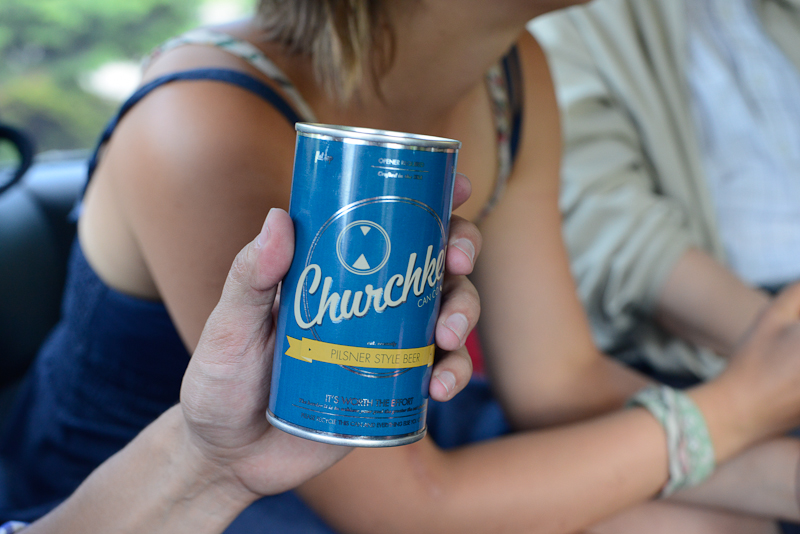 The story of the flat top beer can – which must be opened with a churchkey – goes back to 1935 when the first flat top cans were introduced. Canned beer was an immediate success and others quickly joined the marketplace with this versatile packaging. Beer lovers could now enjoy their favorite brews anywhere and with anyone. The flat top can remained a standard until the pull-tab came to market in the mid-1960s. By the mid-1970s, the flat top can was all but a memory. We’re excited to offer this often forgotten beer experience once again. It’s about the joy of drinking good beer – from the people you drink it with to where you drink it and, now, how you open it. We didn’t make these traditions, but we are keeping them alive with Churchkey.

Look for Churchkey Pilsner to make its debut in your local market in the coming weeks. Churchkey Pilsner will be available in 6 pack cans initially with launches planned for Washington, Oregon, California, Idaho, Alaska, Arizona, Nevada, New Mexico South Dakota, North Dakota and Minnesota over the next 6 months.

BevLink, LLC, is headquartered in Bellevue, Washington and is a National Sales, Marketing & Distribution Company representing innovative brands focused on Craft, Specialty and other Premium Beverages. For any questions, please contact Nick Gagliardi at nick.gagliardi@Bev-Link.com or www.Bev-Link.com or at www.churchkeycanco.com