If you’ve been following the state of affairs surrounding a recently proposed beer tax that would gravely affect small craft breweries in Washington state, you know that, like similarly threatening acts in Oregon, this issue is a serious matter. (Read DJ’s previous post about the proposed tax here).  Roger Bialous, co-founder and owner of Georgetown Brewing Company, recently chimed in with a lengthy email that was sent yesterday as a press release. Here’s what Bialous has to say. You should read this.

Beer tax in Washington State is a hot topic in certain circles these days. I co-own Georgetown Brewing Company in Seattle. I get a little hot about this topic. Making beer is how I make my living. It is how I support my family. It is how we pay our employees so they can support their families. This is personal for me. Because I did not want to overreact to what may simply be political posturing, I have taken some time before making a public comment on this issue.

Small brewers selling beer in WA pay $4.78 per barrel in state excise tax. Compared to neighboring states this put us on the high side. That is unfortunate, but it must be said, our state’s regulatory environment has done a lot to make it possible for small brewers to get started, survive, and even thrive here.  I try to mention that every time I give a brewery tour or speak about our brewery’s experience over our 10 years.  Our state made it legal for microbrewers to both brew and self distribute. Among other factors, this made it possible for breweries like Pyramid, Bert Grant’s, Redhook, and Hale’s, to create our industry here roughly 30 years ago.  Last year, in 2012, Washington brewers produced almost 294,000 barrels of beer.  Not bad. 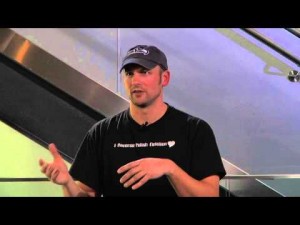 Oregon got into this micro/craft beer thing about the same time WA did.  Breweries like Bridgeport, Rogue, Full Sail, Deschutes, and Widmer led the way. Oregon state beer excise tax is $2.48 per barrel.  That’s $2.30 less than WA.  That’s only 52% of WA’s tax. It is also true that Oregon craft brewers produced just over 764,000 barrels of beer in 2012, not including Craft Brew Alliance.  Yes, that is 260% of WA’s 2012 output.  Is Oregon dominating us in this industry, my industry, because of their lower excise tax?  I’m not an economist.  I can’t say for certain, but I’d place a pretty sizeable wager that their lower state excise tax isn’t hurting those guys.

Now some in our state government are working to increase our beer tax.  The governor’s budget proposal suggested raising it $15.50 per barrel to $20.28, more than quadrupling our tax rate.  Wow.  The Senate’s budget included no beer tax increase, which we very much appreciate.  The House’s budget came out with a $4.65 per barrel increase, which would take us to $9.43, nearly doubling our tax rate. 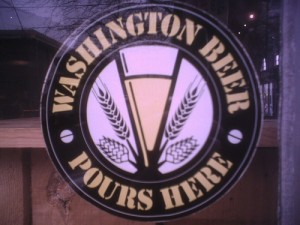 To have some context for the house proposal, it is important to understand that in the old days, small brewers paid $4.78 per barrel and big brewers paid $8.08.  Then, three years ago, big brewers got hit with an additional $15.50 per barrel, bringing their total to $23.58. That is really high. Small brewers were mercifully exempted from this. To our credit, over that time (and the whole time, frankly) our industry has done nothing but create jobs and pump money back into our state’s economy buying hops from the Yakima valley and malt from Vancouver, and of course our employees spend their checks in the towns where they live.

That additional $15.50 is supposed to end this June, which is a big cash flow hit to our already cash strapped state government. I understand why the House doesn’t want to let the big brewer tax sunset, the McCleary v. State decision regarding funding basic education has put us on the hook for billions of dollars over a short time frame.  That our financial situation is so dire makes it all the more baffling that the House’s proposal to drop the big brewer tax from $15.50/bbl to $7.75 would cost the state about $25.2 millon per year and raising the small brewer tax by $4.65 would gain the state about $3.7 million.  That is a net loss of about $21.5 million per year…all while putting the squeeze on local businesses and jobs.

I can not fathom why the House has proposed to do this, especially when if they did something as simple as lowering the big guys tax a little less, say from $15.50/barrel to $9.61 or so, they would still collect the $58 million they have budgeted from beer over the next two years, while giving the big multi-national corporations a 38% tax cut, and leaving small local brewers alone so we can keep on creating jobs in EVERY legislative district of our fine state.

I think it is fair to ask what the big multi-national corporate breweries do for us, the citizens of Washington State.  They don’t create a lot of jobs that wouldn’t otherwise be here.  They employ a handful of brand reps. They aren’t located here and don’t spend their profits here, nor do their employees, because they don’t have many employees here.  Will they move their companies and take all those jobs out of state if we don’t cut them a tax break?  No.  They can’t, because they aren’t located here and they don’t employ here in any meaningful way. Do they promote Washington and increase tourism like our breweries?  No.

Our company sells well over 90% of our production here in state.  We will feel any tax increase, just as every small brewery that sells beer in Washington will.  Everyone who enjoys beer made by small brewers here in our state will feel it, too.  And why?  Apparently, so multi-nationals can get a 50% tax cut instead of a 38% tax cut. 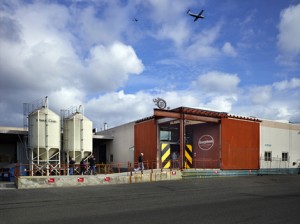 Please join us in our opposition of raising the small brewer beer tax.  Contact your elected officials in Olympia and ask them to care more about the small breweries in our state and the jobs they create in their own districts than for the multi-national corporations.  If they must continue the beer tax of three years ago in some form, ask that they please continue to exempt the small brewers.