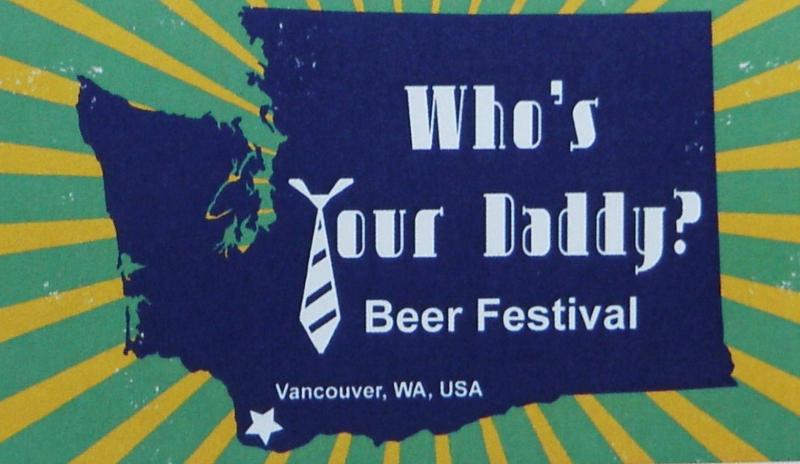 Despite its close proximity to Portland, Vancouver, WA can seem to so many like a whole other world. Wish lots of up and coming craft beer culture popping up on a regular basis, the city is enjoying a resurgence of craft brew in recent months. By The Bottle and Salmon Creek Brewpub have been anchors to this movement in the city’s downtown neighborhoods as well as Mt. Tabor Brewing and the soon to open Loowit Brewing. All of these craft beer destinations have helped Portland’s quiet out of state cousin to carve its own vibe for craft beer, but until now, the has never been a tried and true craft beer festival in Vancouver.

June 16, 2012, the Saturday prior to Father’s Day will mark Vancouver, WA’s first outdoor festival of craft beer. Who’s Your Daddy? Beer Festival, produced by the folks at By The Bottle, Vancouver’s top destination for craft beer will serve as a benefit for CDM Long-Term Care Services. The event will run from noon until 9 p.m. at Turtle Place (between 7th Street between Washington and Main St.) and looks to build upon the undeniable success of By The Bottle’s previous two much smaller events that took place inside the quaint pub and bottleshop. This year’s festivities will feature food, foil hats, and some pretty killer beer from Washington breweries including Boundary Bay, Ice Harbor, Iron Horse, Maritime Pacific, Mt. Tabor, Naked City, Port Townsend, Salmon Creek, Silver City, and Walking Man.

Tickets are available by clicking the link above, the Paypal buttons below, or by calling us at 360-896-9695. From now until June 16th, tickets are discounted at $12 ($15 at the event).
Tickets ordered prior to 6/13 will be mailed to the address provided at check out.
Tickets ordered 6/13 and later will be held at the event check in desk.