The Great American Beer Festival is the largest and most prestigious competition for American craft beers. According to the Brewers Association, craft brewers are defined as small, independent and traditional. This year’s competition featured 2,902 beers from 472 breweries. A panel of 127 judges worked three days to award 222 medals in 75 categories. 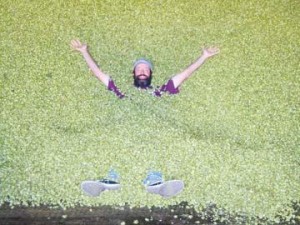 Hazelnut Brown Nectar is one of the most honored brown ales in America. It has won more than 40 national and international awards for taste and quality and is brewed with 13 ingredients: Harrington, Klages, Munich, Hugh Baird Brown, Carastan 13-17, Crystal 70-80, Crystal 135-165 and Beeston Chocolate malts;  Perle and Sterling hops; Hazelnuts, Rogue’s Pacman yeast and free-range coastal water.  It is available in 22-ounce bottles and on draft.

American Amber  has won more than 35 national and international awards for taste and quality. It is brewed from eight ingredients:  Northwest Harrington and Klages, 95-115 and 135-165 Crystal malts; Kent Golding and Cascade hops; Rogue’s Pacman Yeast and free-range coastal water.  American Amber is available in six-packs, 22-ounce bottles, 64-ounce growlers and on draft.

Celebrating its second century, Rogue Ales is an Artisan Varietal Brewery founded in Oregon in 1988, as one of America’s first 50 microbreweries.  Rogue has 550+ awards for taste and quality and is available nationally and in 20 countries.