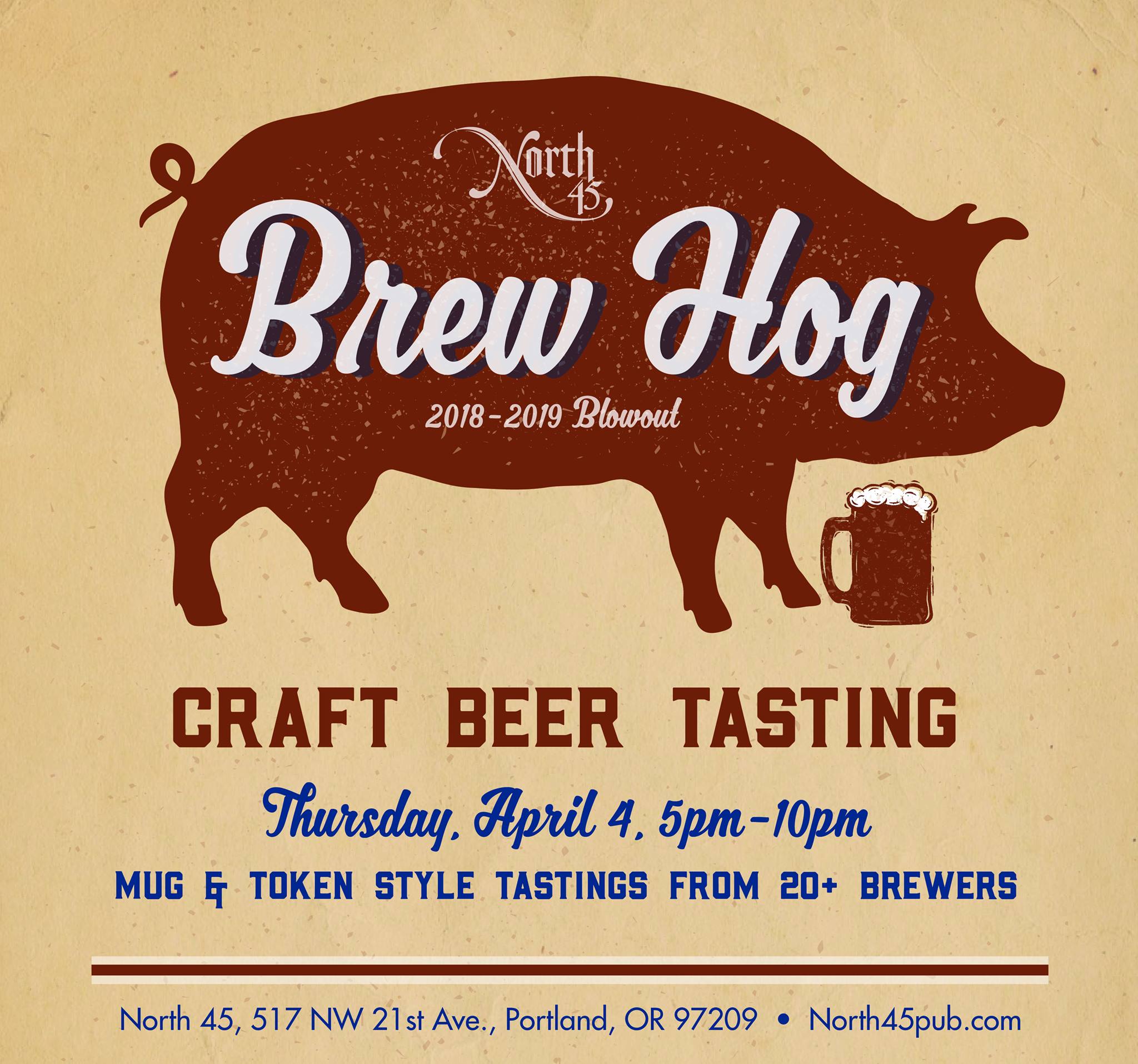 This past fall and winter, from October through March, North 45 hosted a different brewery each week on its back patio that featured a pint special and a free beer tasting. Thursday will be your chance to sample beers from over 20 breweries serving a variety of limited release and unique brews. Here’s a preview of the participating breweries and cideries.

Enjoy mug and token style tastings from all brewers; $10 includes souvenir mug, 3 tokens for 3-ounce tastings, and one raffle ticket to enter to win some great brewery prizes! Additional taste tokens are $2 each. Thursday’s event is also your last chance of the year to get North 45’s famous house smoked ribs until next fall.