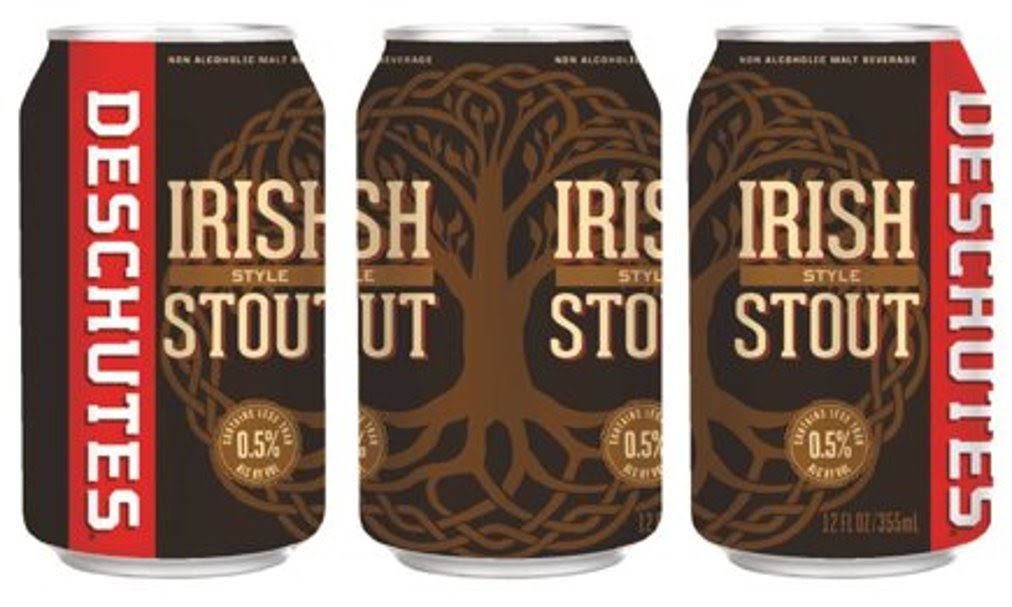 Bend, Oregon – Last month, Deschutes celebrated 32 years as a trusted craft brewery. Black Butte Porter, the beer that put the small town brewery on the map in the 80’s, remains the #1 selling porter in the US, even though it only resides in two thirds of the country. Through three decades of innovation and experimentation, Deschutes has remained committed to extending their pursuit of quality to nontraditional craft beer styles that offer a unique value to their customers. Recently, Deschutes embarked on a new quest where the goal was simple, but lofty; to create a high-quality non-alcoholic beer that rivals the experience of a full-strength craft beer.

Deschutes introduces a non-alcoholic Irish Stout, a traditional Irish-style stout with coffee-like roasted malt character, light chocolate and a dry, light bodied drinking experience. For decades, the most prevalent non-alcoholic beers have been lager styles. Deschutes paved the way for craft with Black Butte Porter, a dark beer among lagers, and believes with their longstanding commitment to quality and reputation in the craft brewing industry, they can do this again in the non-alcoholic craft beer segment by bringing a more flavorful craft drinking experience to this growing category.

“This has been a passion project for me,” said Veronica Vega, new product development director for Deschutes. “It is a way for us to connect with a growing population of people, including young people, who are looking to reap the health benefits of an alcohol reduced or alcohol-free lifestyle and still enjoy the act of drinking beer.”

Studies show that currently 22% of Millennials say they are drinking less alcohol and the majority indicate it is for health and wellness reasons and craft beer trends indicate growth in non-alcohol beer.

But Deschutes couldn’t do it alone without the special technology required to produce a beer with no alcohol. The brewery partnered with Sustainable Beverage Technologies to utilize their proprietary BrewVo® process that gently manages alcohol content, while maintaining flavor and aroma. The beer fully ferments after all processing takes place, and then a proprietary technique preserves the mouth feel.

“The process we selected was based on producing the best flavor, enough to surprise our customers that the beer indeed is non-alc.” Said Vega.

The BrewVo® process was developed by Sustainable Business Technologies Founder, Patrick Tatera, who combined his passion for home brewing and expertise in engineering to create this patented brewing process that’s the most environmentally friendly and sustainable.

“While working with a consortium of breweries on various development projects, we discovered that the BrewVo® technology, while developed for production of full-strength beer, was capable of producing the best tasting NA beers on earth,” said Tatera. “Peter Bouckaert and Grady Hull, formerly of New Belgium Brewing, helped us prove our NA beer capabilities for matching the full-flavor spectrum of a full-strength beer.” Sustainable Beverage Technologies later developed a non-alcoholic beer that took home a gold medal in the national craft beer competition, Best of Craft Beer Awards, where they competed against full strength beers in the session beer category.

Deschutes is releasing their non-alcoholic Irish Stout this Wednesday, July 8, direct to consumers through their website with a consumer response program to gather feedback before a larger release later this year. It will also be available for purchase through Deschutes Brewery pubs and tasting rooms while it lasts. https://www.deschutesbrewery.com/beer/non-alcoholic-stout/ 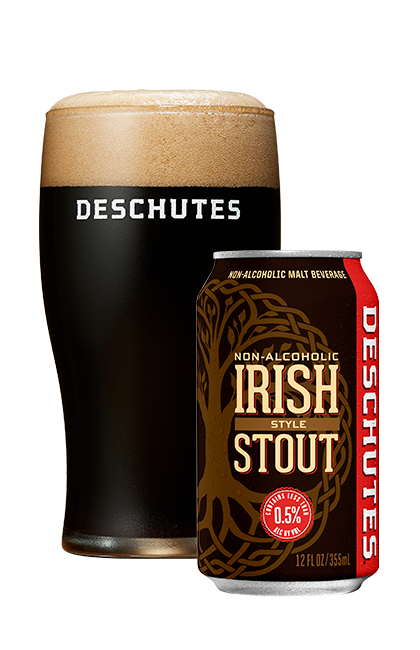