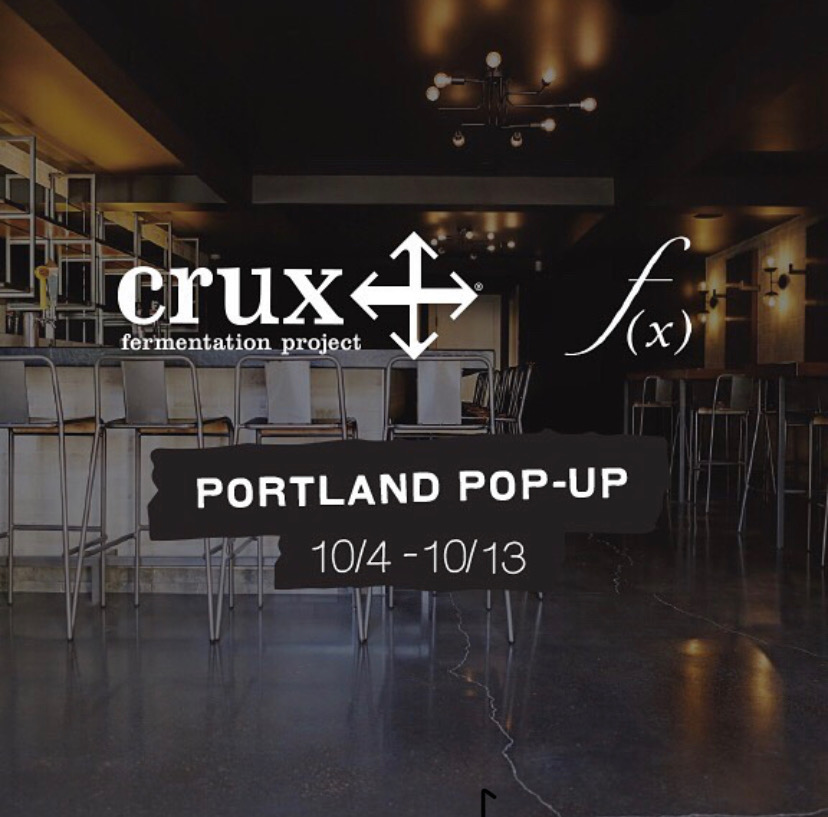 Crux will bring its Bend experience to Function for ten days in October with six rotating taps, 24 different bottles/cans, and multiple beer releases throughout the week. Plus, each day it’ll offer its fun Sundowner Happy Hour where there are specials a half hour before and after sunset.

Here’s what to expect during the ten days when Function opens each day at 2:00pm.

FRIDAY  10/4  Kick-Off Party – Fresh Hop Madness
We’ll be starting the week off with a fresh hop party featuring all 4 of our fresh hop beers on tap. Crux founder and brewmaster, Larry Sidor, will be hanging out alongside some of our hop farmer friends to chat and answer any questions you might have.

EVERY DAY – Sundowner Hour
Just like at our tasting room in Bend, our happy hour will revolve around the sun with specials a half hour before and after sunset.