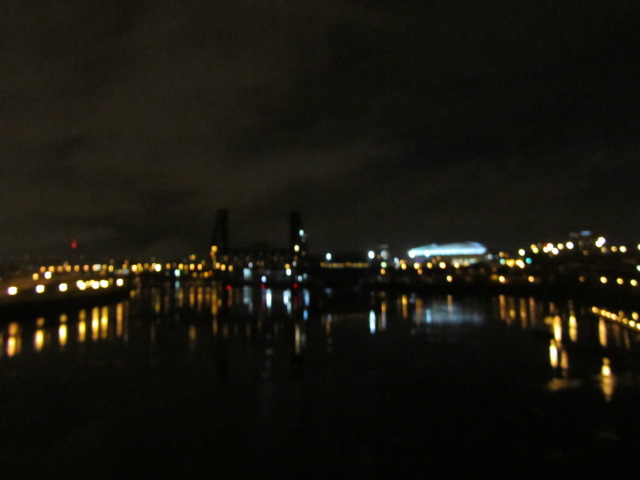 It’s been too long since a Weekend in Review hit the site here on Brewpublic. Finally, I have returned to Portland, Oregon from the deep recesses of Central Maine. I can’t say that I didn’t love Maine, my homeland, with all its peaceful white pines and much slower pace of living. Still, there’s always the great beer of Oregon and the Pacific Northwest that was on my mind. You really can’t beat the beer selection in Oregon. Nowhere else have I been that compares, not even Massachusetts, Washington, California, or Colorado. As far as the good stuff goes, Oregonians, especially those of us in the greater Beervana metro area are truly blessed by Ninkasi and the rest of the Beer Gods and Goddesses. 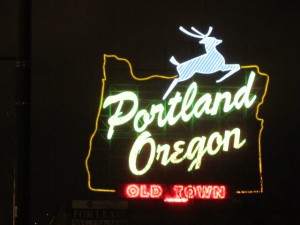 My first beer upon returning to Oregon was Deschutes Red Chair Pale Ale. Boy, if they had this one in New England they’d be doing back flips. Big beautiful floral hop aroma yet sessionable and masterfully balanced. I followed with a trip to one of my all-time favorite bars. Victory Bar. Dark and dingy and perfect for the throes of winter. To be honest Portland’s winter can feel a little more biting than even the harsh sub-freezing conditions of New England. Maybe it’s the piercing damp coldness that permeates your bones and muscles. Or maybe it’s the fact that the climate teeters in between a permanent spring/fall and an honest to goodness winter keeping me under dressed half the time and over dressed the remainder. Who knows. In New England, the sun shines a bit more in the winter than in the Pacific Northwest. Oregonians are familiar with the seemingly eternal grayness of the dark and cold season (still, our summers more than make up for it and in my humble opinion far better those of the more muggy, sticky East Coast). At Victory Bar you can always find a dope lineup of Belgian specialties on draught, but I opted for a Northwest staple. Good old Oakshire Amber further welcomed me back to Oregon. I feel that I can always count on Oakshire to deliver a consistent quality quaffer. And no goddamn Ringwood or Nottingham. Just sayin’! 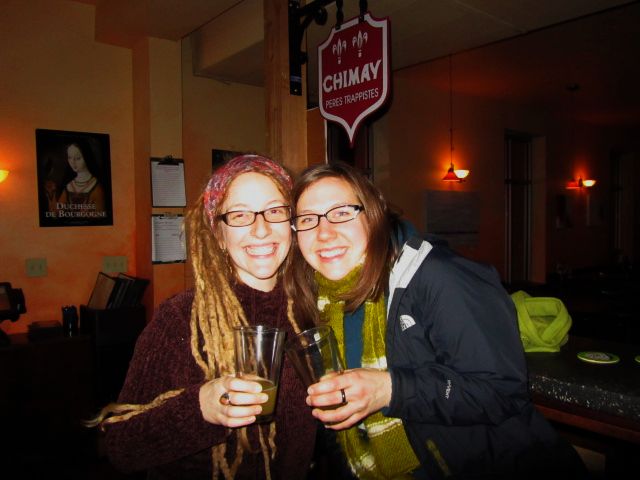 Victory was bustling with a healthy Friday night crowd, so we headed down the street about ten or so blocks to my friend Kevin’s wine bar known as Press Club. Located on 27th and Southeast Clinton, Press Club is both chic and casual and offers and amazing selection of wines. Until recently Press Club only offered bottled craft beers (and some good ones at that like Chimay Blue, Pike India Pale Ale, and Terminal Gravity ESG). A little over a month ago they added two taps. On this evening they featured Ninkasi IPA and Firestone Walker Velvet Merkin Merlin Oatmeal Stout. Kevin and I have been buddies since college where we worked at Portland State’s college radio station KPSU. Our other good friend Aaron aka DJ Miracle Miles was spinning some downtempo cuts from a deejay setup in the corner. Press Club features a lot of cool artists from painting and photography as well as music and films. Kevin and his partner Peter do a great job in maximizing the cozy little space. If you haven’t been over to Press Club, you really owe it to yourself, especially if you enjoy great wine in a relaxed atmosphere. 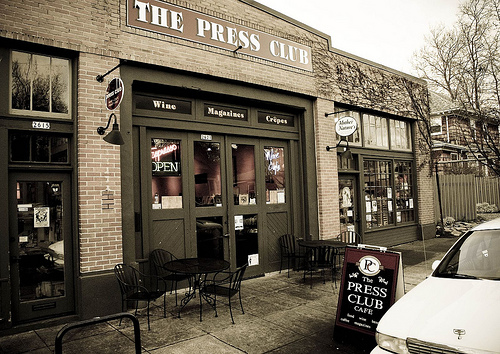 After Press Club, I found myself at Concordia Ale House where Mountain Peoples Distributing had set up a Fort George tasting. By the time I arrived, FG founder Chris Nemlowill had left, but some of his stellar brews still poured. A spicy peppered Spank Stout, the quintessential Quick Wit, madly hopped Vortex IPA, and the 1811 Pre-Prohibition Lager all graced Concordia’s taps. My friend Tim Ensign from Mountain Peoples told me that it looks like this amazing lager and the IPA will be released in tallboy cans soon. If so, I surely will stock up on this lager. Hazy, presumably from being delivered from the Oregon Coast this same day, a glowing yellowish body with little head featured a juicy citrus hop profile that insisted I have a second. 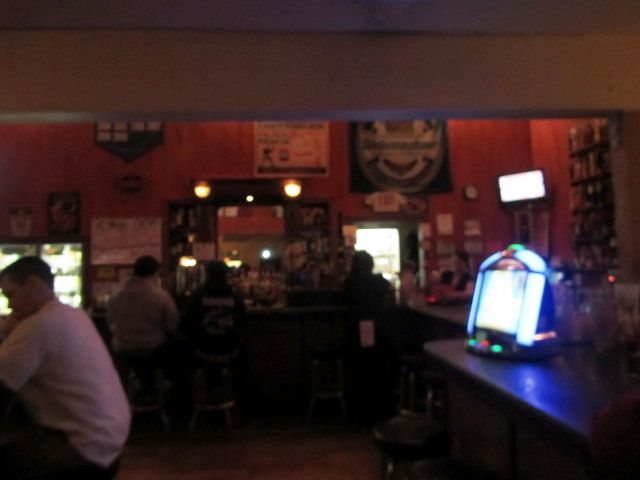 Concordia  is a pretty cool beer spot. In some ways though I feel it will never be as cool as it once was before it changed ownership. The new owners are very friendly and have made some key upgrades to the pub, but there’s just a certain “it” quality that is missing. Don’t ask me what it is, I just remember it as something I’ll liken to what happened with the Green Dragon when Rogue put their stamp on it. Perhaps it was the real heads by real heads we are obviously speaking of our circle so don’t be upset if you’re a real head and you go there a lot) no longer frequenting it as they are Saraveza, Bailey’s Taproom, or Belmont Station. Perhaps its just the bright neon sign out front that shares a corporate America feel that the Subway next door which olfactorizes the space with that icky fake bread stench. Who knows. Also, I recently came to know that Concordia laid off a portion of their staff including Amber King, one of the best in the craft beer biz. I will still patron Concordia, just not as frequently as some of the other spots. Choice is great, ain’t it?!

Saturday Ezra and I stopped by Coalition on our way to check out the new Burnside Brewing (he’d been to Burnside since it opened late last month, but I was yet to attend during actual business hours). Coalition had Lost Glove Strong Ale on the specialty board. Also, they had a brew called Hanso & Bullit, a bourbon barrel-aged dark ale that was very approachable. Ezra opted for the Lost Glove and I went with the highly refreshing Pale Ale. Very nice. 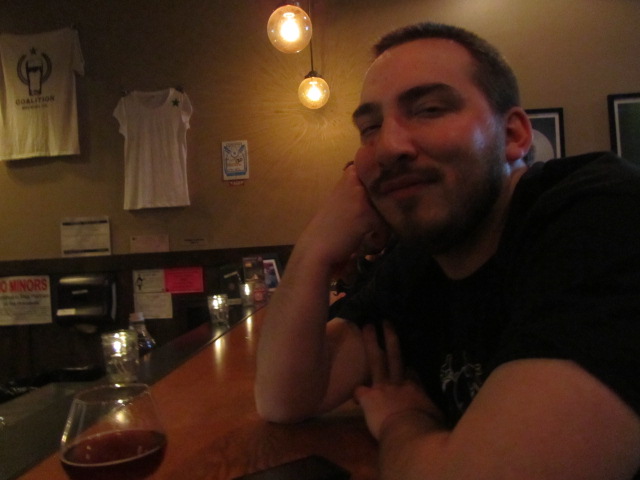 At Burnside, the place was hopping similarly to their lone housemade offering, a bombastically bitter IPA. At 7.2% ABV, this badboy had a cutting hops character unlike anything I’d experienced over the last month in New England. Yowser! It was great to see Burnside doing well. With a great location and an artisan food menu, choice guest taps such as Everybody’s California Common and Upright’s Five, it’s undeniable that they’ll do well in this part of the Rose City. Owner Adam Cassie was on hand at Burnside as was head brewer Jason McAdam and his wife Kim. Can’t wait to return for more Burnside beers. Looks like a Gratzer smokey wheat beer is up next.Look for it Tuesday at 4PM. 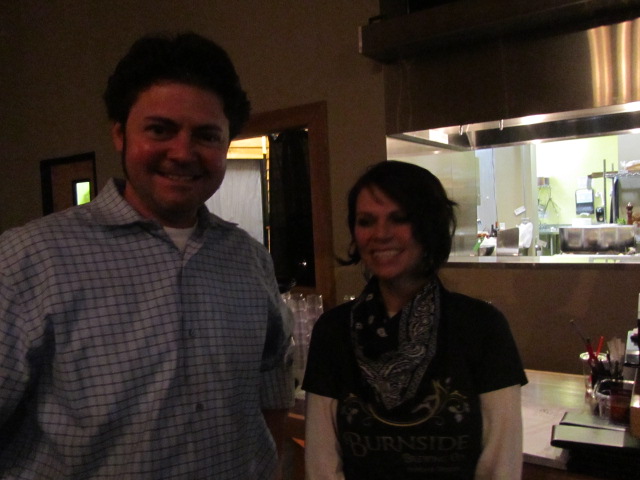 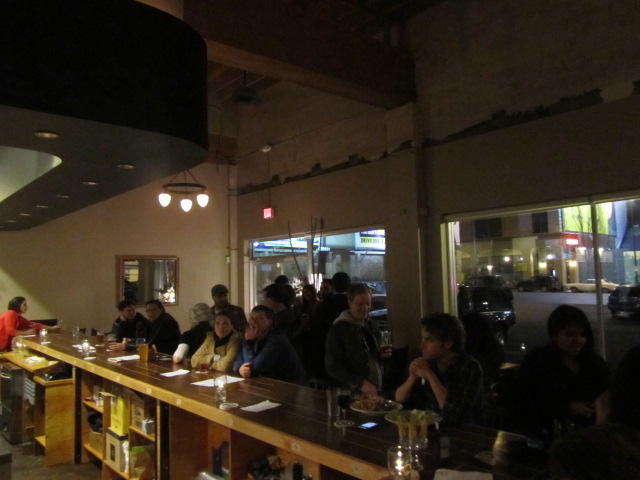 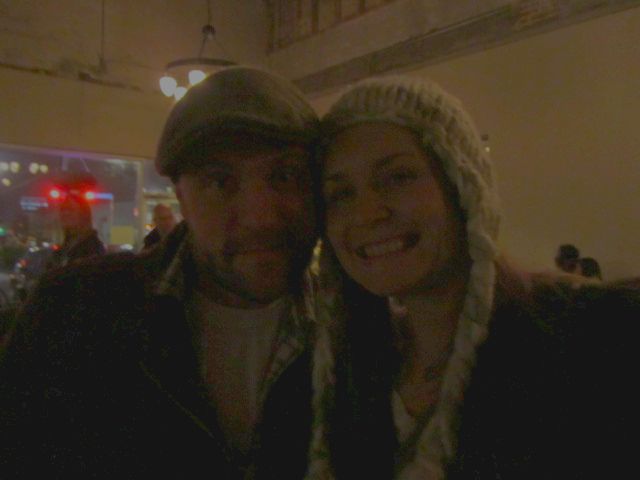 The night ended at Bailey’s Taproom. You can’t go wrong here and with barkeep Michael O’Connor holding down the fort, you know you can expect both knowledge and a proper pour. No matter what you hanker for, Bailey’s always has something up your alley (that is unless you prefer to divulge in the swill that is a light yellow fizzy adjunct-laden macro ala PBR, Bud Ligh, or Coors). 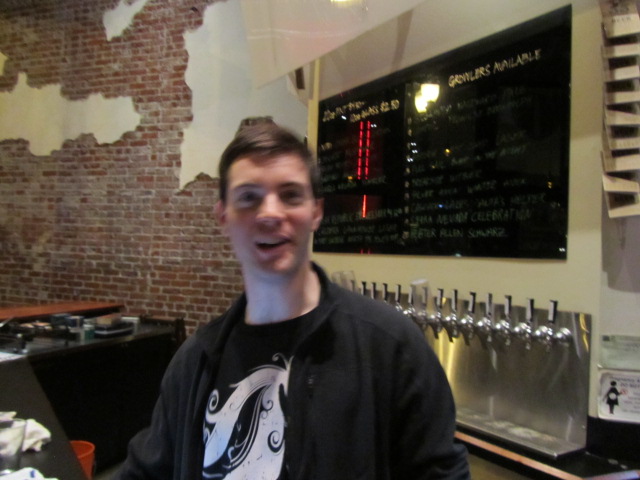 Sunday was spent chilling like a villain with my family who were in town for my niece/god daughter’s christening. Playoff football is in full swing, the Oregon Ducks are in the biggest game in Oregon sports history. Enjoy your week! Prost!