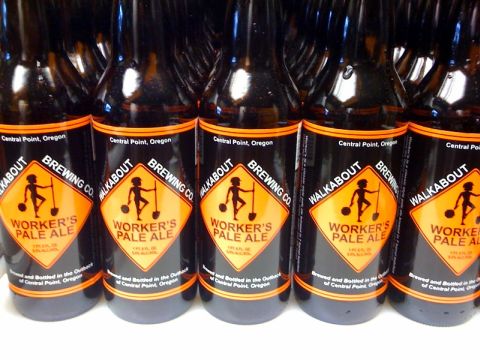 Walkabout Brewing located in Central Point, Oregon, just north of Medford and Ashland is a beer that rarely makes its way to Portland. In fact, it was some years back that kegs would occasionally be available in the Northwestern corner of the state at places like the Horse Brass Pub. More recently, we at Brewpublic brought a few kegs north for our 1st Brewniversary/KillerBeerFest last October. The heartily hopped Red Back IPA quickly emptied at Saraveza while the Jabberwocky Strong Ale was a hit at Bailey’s Taproom. 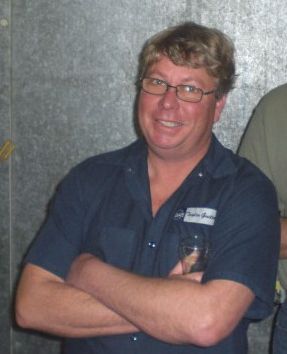 This elusive microbrewery run by Australian native Ross Litton, a friendly man with a big passion for bold beer recipes, recently put its Worker’s Pale Ale in 22 ounce bottles. Assisted by Green Bottling, a Portland-based contract mobile bottling company based in Portland, 240 cases of the Pale are now in bottles. However, it is not likely that Portlanders will have the beer brought north since the small brewery is focusing on their local beer market nearly 300 miles to the south. The good news is, travelers and passersby will have access to smaller quantities of this dialed brewery’s beers without having to commit to a whole keg. We think we’ll have to make another road trip to Southern Oregon soon.

Reviewing our tasting notes of Walkabout’s Worker’s Pale, we found the amber bodied brew to possess a thick white head and a lot of citrus hops character indicative of the Pacific Northwest and with enough caramel malt presence to balance. If you get a chance, don’t miss out.