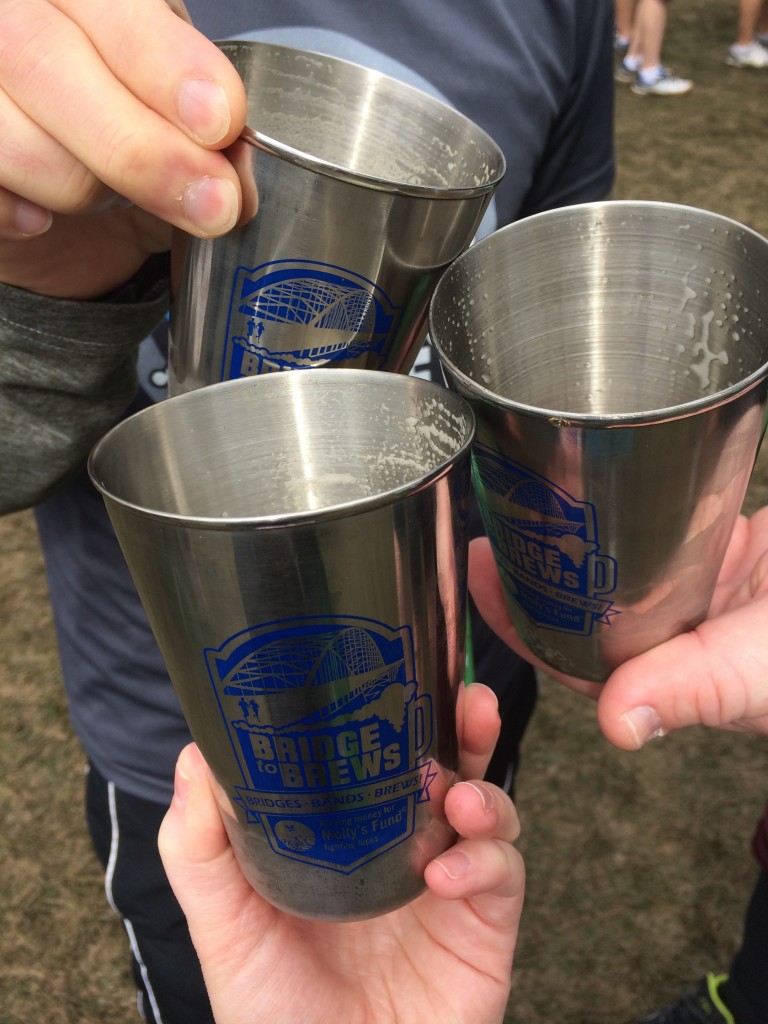 This past weekend Brewpublic fielded a team in Bridge to Brews, an 8K or 10K fun run with beer, cider and wine as your reward for completing the challenge. The annual event from Terrapin Events is one that raises money for Molly’s Fund Fighting Lupus.

Participants of Bridge to Brews received a nice tech race shirt and then upon completion a very nice stainless steel cup and 5 drink tickets that allows one to sample from the 5 different breweries and cidery and winery present during the post race festivities. To keep the atmosphere lively Terrapin Events provided some live music. 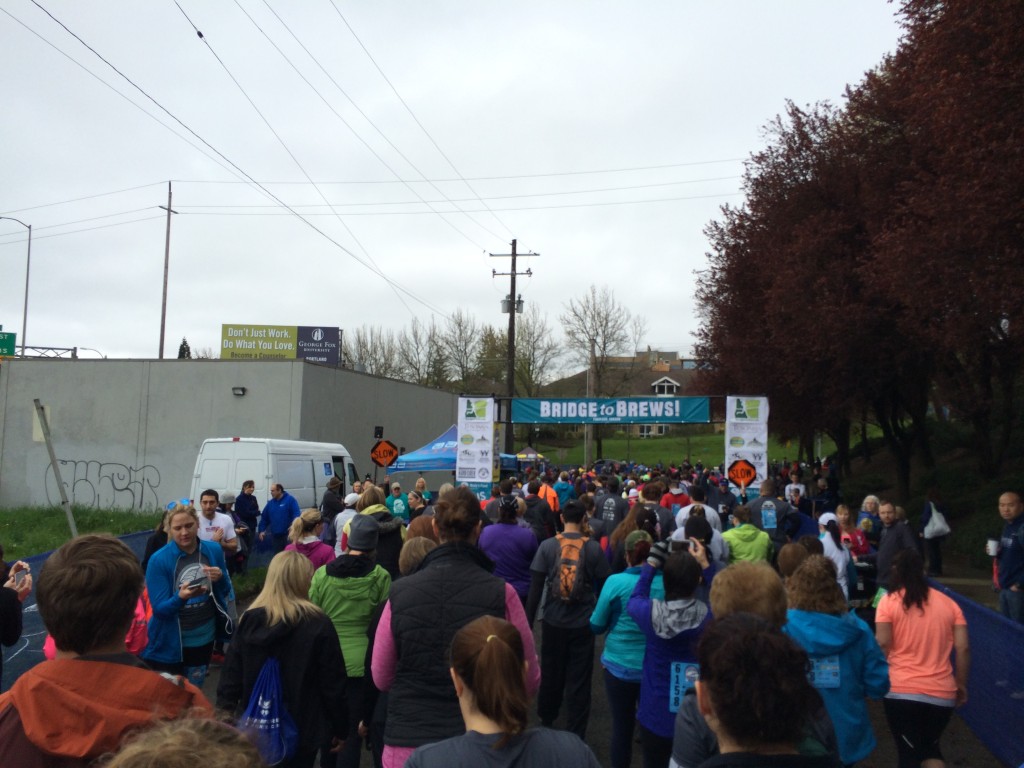 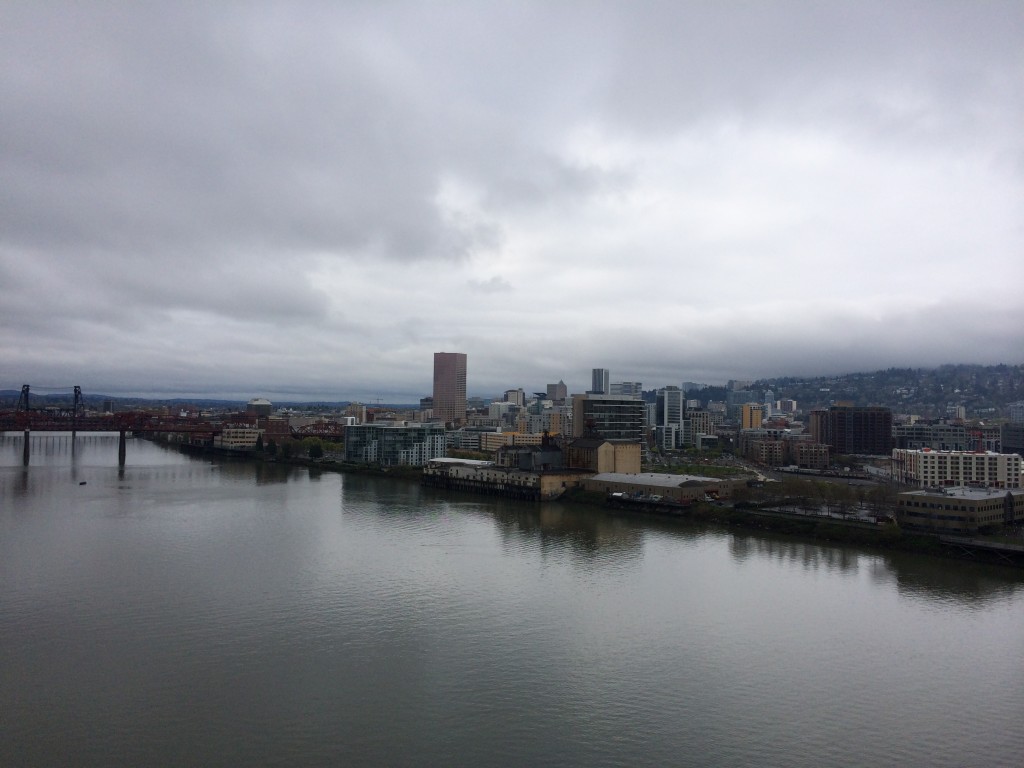 The course offers some stellar views of Widmer Brothers Brewing and downtown Portland from the I-405 bridge. Many participants, us included, stopped to take some photos. This is one of the rare opportunities to take in these views. We wish the clouds would have blown out but the sights were still well worth the effort put forth. 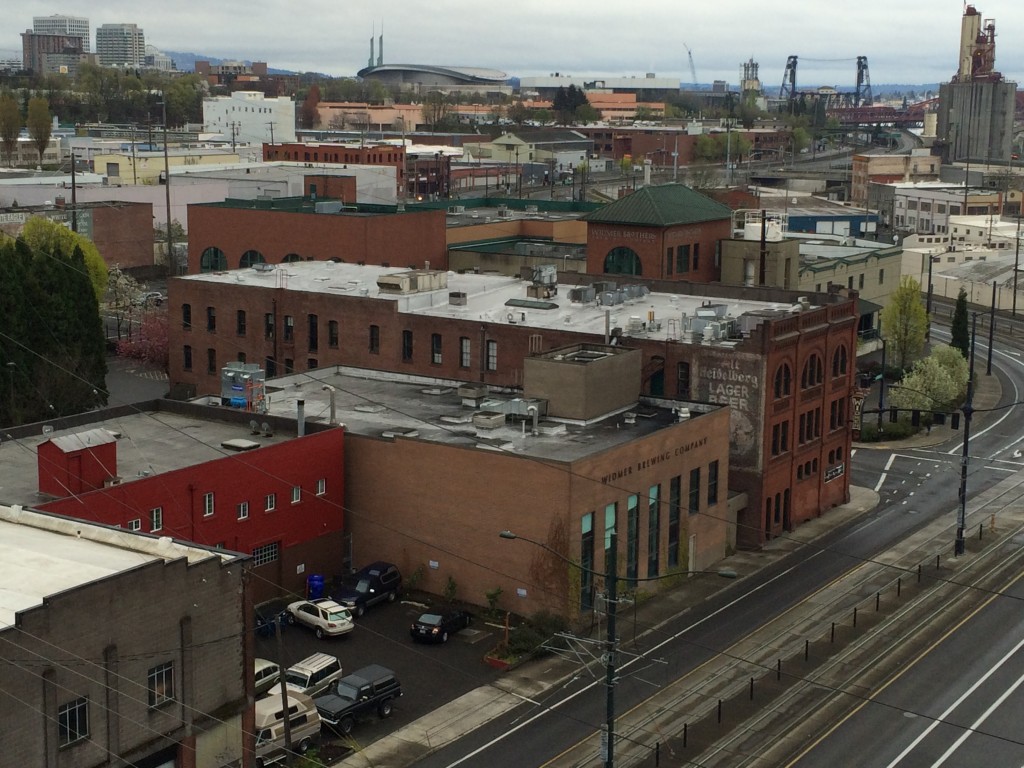 Once we finally completed our 8K we were greeted to various brews from five different breweries including Lagunitas Brewing Co, Stormbreaker Brewing, Burnside Brewing Co, Laurelwood Public House & Brewery, and Widmer Brothers Brewery and Pub. There also was cider from Reverend Nat’s Hard Cider and wine from Tesoaria Vineyard and Winery.

The clouds stayed with us but no rain fell to make this a perfect day to get some exercise and then drink some samples of the areas best craft beers. Seems like a definite win-win situation to us. 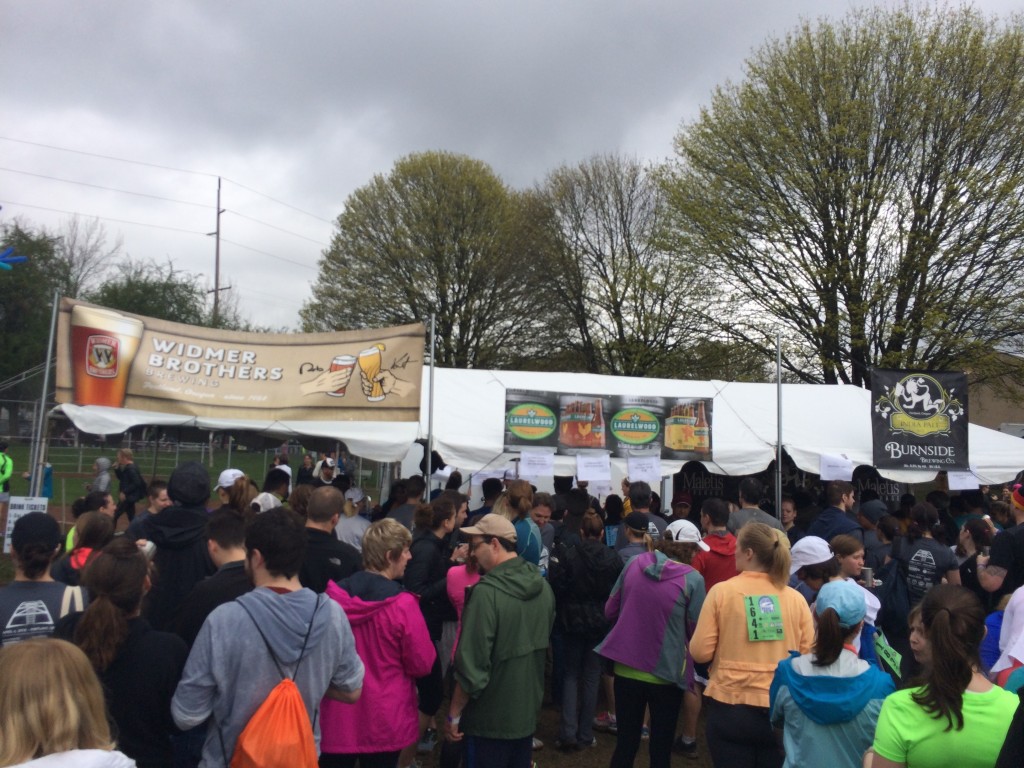 The one disappointment during the post race festivities that we experienced were that the beer lines were long and somewhat disorganized. Having the beer stations more spread out from one another would prove beneficial in the future. From the previous days rain the grounds were very muddy but in all we managed and still had a great time! 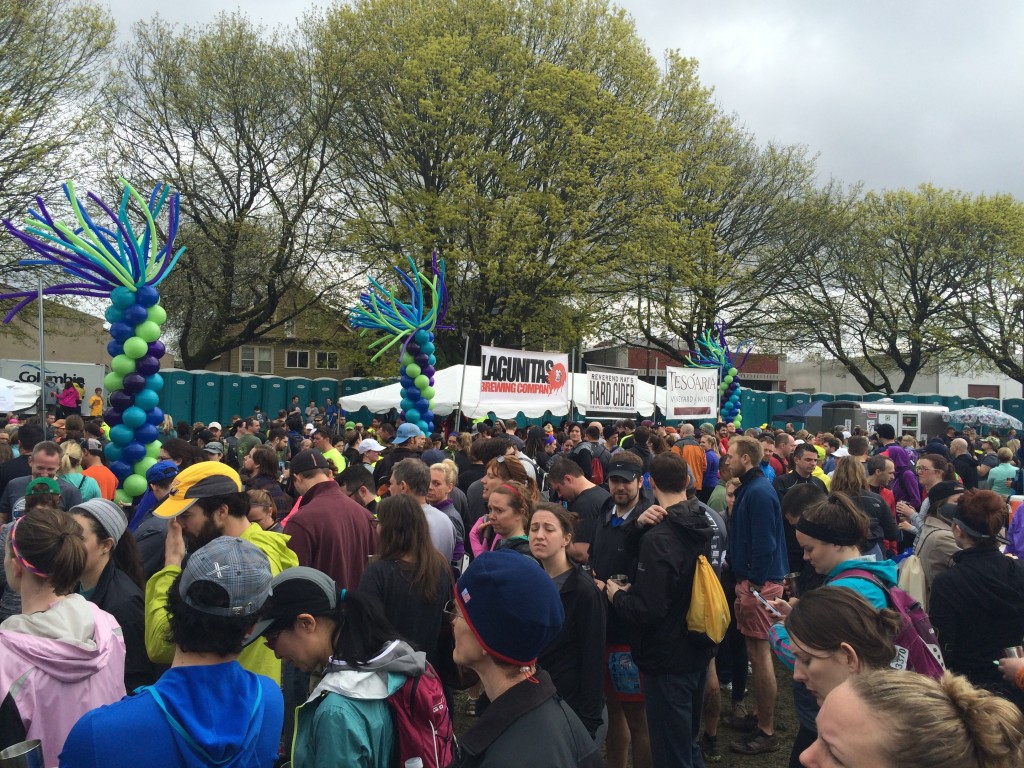 We look forward to signing up for next years Bridge to Brews. With some minor improvements this can be the ideal race for fellow craft beer fans that like to work for their beer from either running or walking.