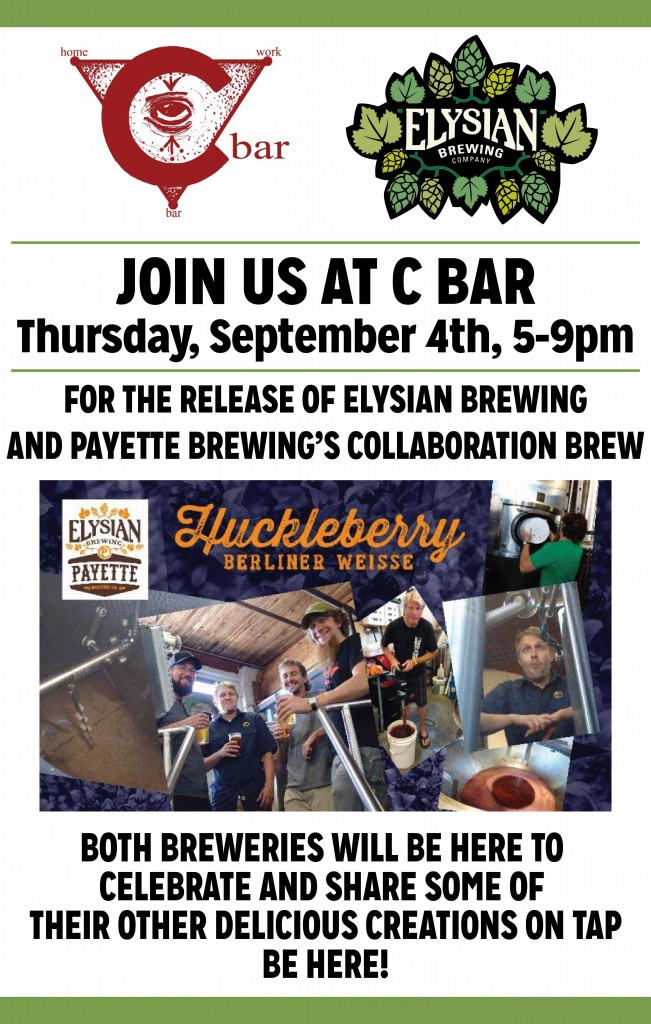 Last week we mentioned the collaborative release details for Huckleberry Berliner Weisse from Seattle’s Elysian Brewing and Boise’s Payette Brewing. This past Friday Elysian released this beer at all of their Seattle locations. On Thursday, September 4th from 5:00 to 9:00pm Portland will be able to try this deliciously tart wonder for the first time at C Bar in Southeast Portland.

Payette Brewing of Boise, Idaho and Elysian Brewing of Seattle, Washington teamed up for the first time to brew this Northwest huckleberry sour ale. The beer is light, tart and bright freakin’ PINK! It’s brewed in the (mostly) traditional Berliner Weisse style, employs a grain bill of half wheat and half barley, is soured with Lactobacillus, and weighs in at a thirst quenching 2.8% ABV. Add to this a whopping two-and-a-half pounds per barrel of delicious Idaho-grown huckleberries and you have the perfect antidote for these hot summer days. This small batch Collab brew is limited in quantity, so don’t hesitate and miss out! 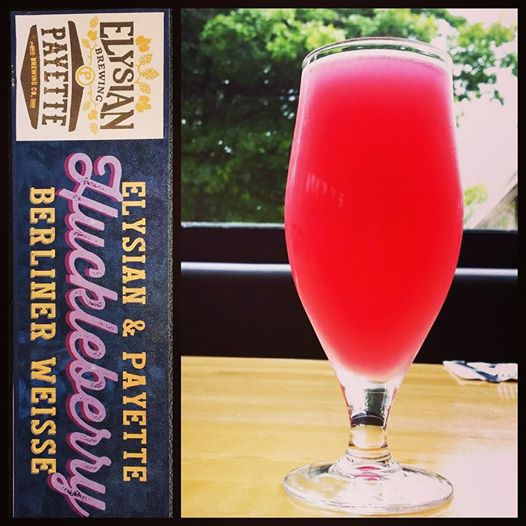 We happened to be in Seattle this past weekend and while at Elysian Bar this is one of the beers that we samples. This pink tart lil’ monster delivers a great sourness for a beer at 2.8% ABV.

Join both breweries this Thursday at the C Bar for the release of their limited release collaboration brew, Huckleberry Berliner Weisse! Both breweries will be on hand to celebrate the release. There will also be several other beer selections from both breweries on tap for the event at C Bar.