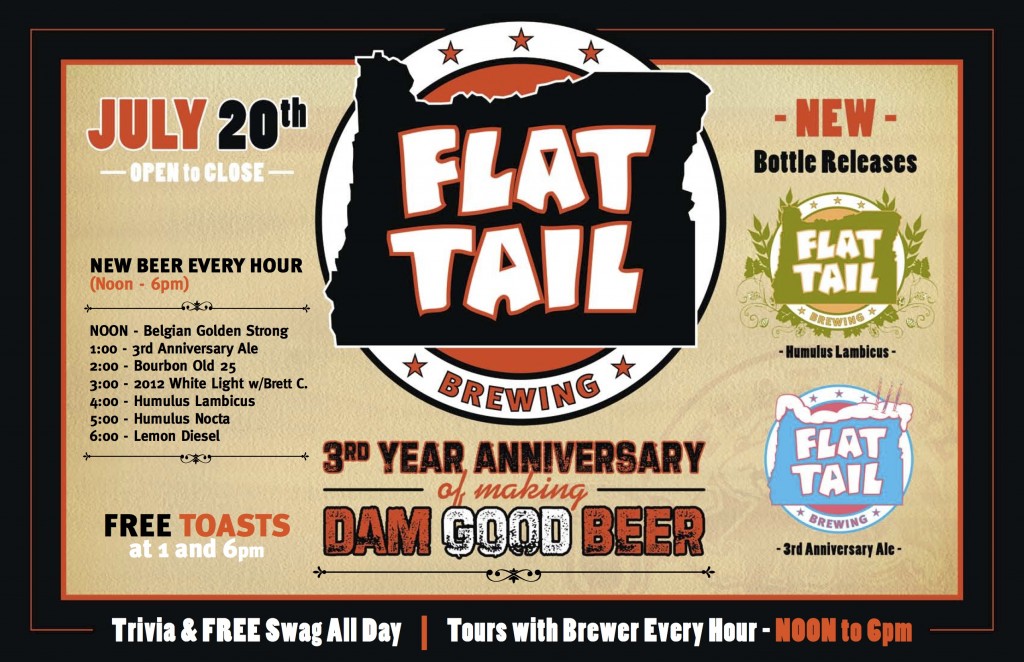 Oregon Craft Beer Month continues to roll along with a new event in the Willamette Valley. On Saturday, July 20th, Flat Tail Brewing will be hosting their 3rd Year Anniversary at their pub in downtown Corvallis.

With all of the new brewery openings in and around Corvallis, Flat Tail is one of the longer tenured breweries with only 3 years under their belt. Led by brewmaster/co-owner Dave Marliave, Flat Tail Brewing has been on the cutting edge of craft beer. Marliave is not afraid to try out unusual ingredients in his beers. Most are hits like his recent Cucumber Cuvée at the recent Fruit Beer Festival. This Berliner Weiss aged for a year with Brettanomyces was one of my favorites from the fest. 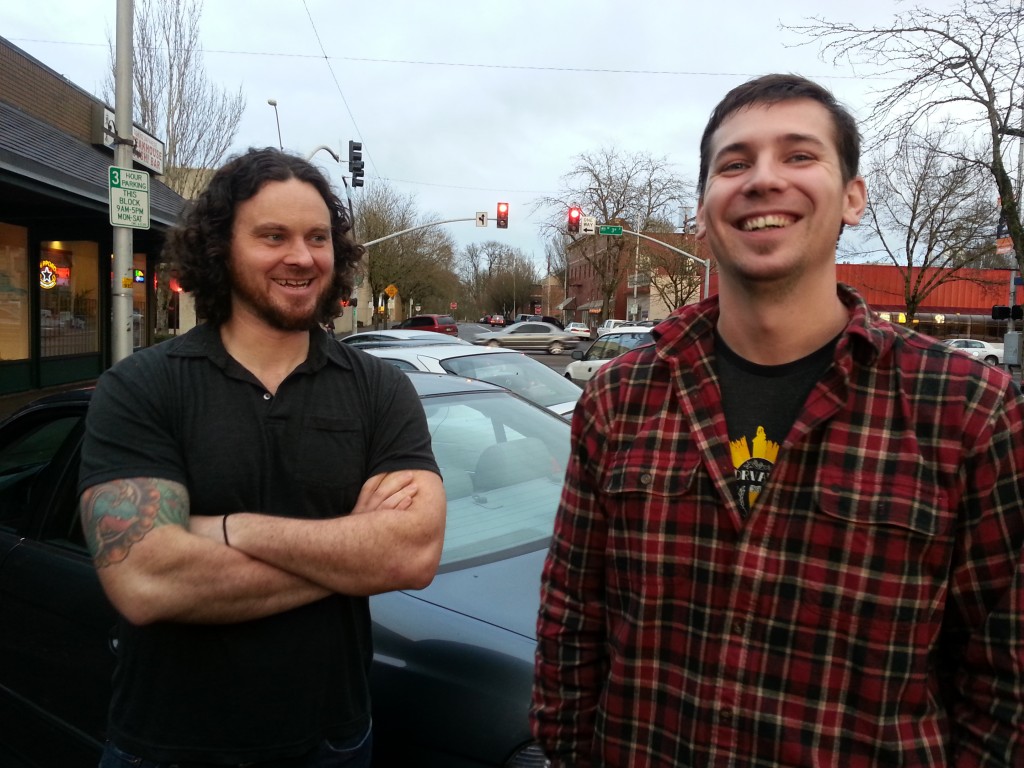 Beginning at Noon, Flat Tail will be tapping a new beer on the top of each hour with the following beers:

At 1:00 and 6:00pm they’ll be presenting a free toast to all in attendance. And if you’re interested in a brewery tour they’ll be hosting tours every hour from Noon to 6:00pm. Then for all you bottle collectors, Flat Tail will be releasing two new special releases, Humulus Lambicus and 3rd Anniversary Ale. 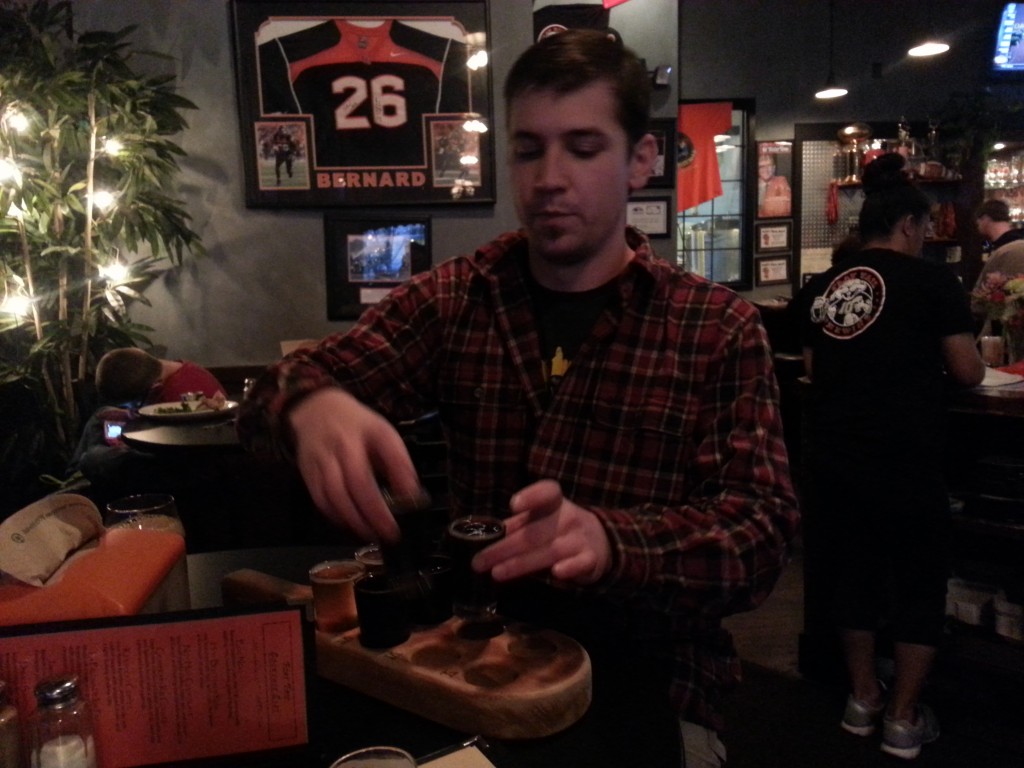 So do yourself a favor and continue your Oregon Craft Beer Month celebration in Corvallis at Flat Tail Brewing. Happy Anniversary Dave!