I am shouting out to all of my friends in the Oregon beer world and I want to make certain that this year’s KillerBeerWeek is the best yet. Many ideas have been floating around and we are down to have you help if you want to get in with us. Here’s what we are working towards in the third week (8 days) of October.

Making Brewpublic’s Top Ten Best craft beer bars in the Universe, Roscoe’s is at the peak, the zenith, the summit when it comes to off-the-chain offerings in the craft beer world. Proprietors Jeremy Lewis and Quyen Ly are two of my favorites in the Portland beer world. They know how to bring bad-ass kegs into the joint and they get the pick of the litter for their devotion to the most obscure and delicious beers. We kick off KillerBeerWeek with this event because in order to set it off, you need to have a proper launching pad. Roscoe’s.  There might be a theme included in addition to simply “Killer.” Last year, the Summit kickoff doubled as MikeFest. Will this be fused with ChuckFest? When is AngeloFest?

There are a lot of awesome breweries representing Oregon’s Central Willamette Valley. The Eug aka Emerald City is blowin’ up and obviously so’s the Heart of the Valley, Corvallis. Block 15, Flat Tail, the non-beer tasties like Two Towns Cider and Nectar Creek Mead are hits. In Eugene Falling Sky, Oakshire, Ninkasi, Rogue, Steelhead, McMenamins,Claim 52, and Hop Valley are brewing. Planktown and Hop Valley are representing Springfield, Oregon (Yeah, Springtucky has good brew, child). 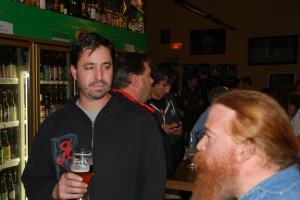 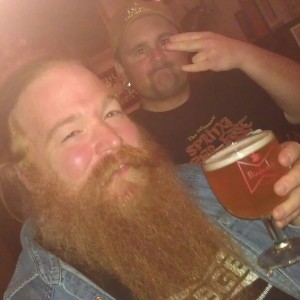 Calling out to all Charles’, Charlies, Chucks, and Chaz’s (etc) : Bring your finest beer. Like all of the Brewpublic named beer fest (TommyFest next? Ha!) the brewers are encouraged to make their beer feature some funny if not irreverent name. It’s all about the name. Ha. Side note:Chuck Silva if you are reading this, you must come and bring a brew. Hoping to see (amongst many many more) Charlie Papazian, Charles Finkel, Charles Culp, Chuck Porter, Charlie Devereux, Chuck from Rhode Island, Charlie Brown, Charlie Herrin (video included), Charlie Van Meter, Chuck Bruce…okay this is all a pipedream.  We really want all Chucks! How much wood…

Always a mega-highlight of KillerBeerWeek is the Monday event at The Green Dragon. Working with Rob Brewer and the Rogue/Buckman Family, I am stoked to return the most Killer lineup of pumpkin beers in Portland. Big tip of hat to Elysian Brewing of Seattle who dominates the world of pumpkin beers btw. Rob and the crew are getting SE 9th Avenue turned into a block tastival of a very pumpkin theme  There will probably be more slimy smashed pumpkins again. This event features a butt-load of pumpkins from the Chatoe Rogue farms. It is a good Halloween time fest if you like awesomeness. Note: This is a call to all brewers and collaborating brewers to make your best and baddest pumpkin brew(s) for this one if you dare! 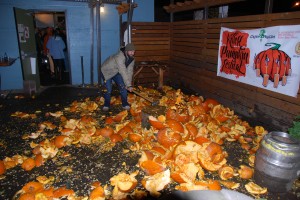 Drew Salmi and I are looking to have a festival of tea beers. By what do I mean by “tea” in reference to “beer”? Not fully sure. Drew if you are reading this I hope we can work on sorting this out soon. I even was thinking of including coffee beers too. Maybe make is about caffeinated morning drinks infused with fermented alcoholic beverages. Breweries that I think would be badass to have on this event would include Agrarian (duh), Upright, Falling Sky, Mt Tabor, The Commons, Block 15, Flat Tail, Mateveza. Elysian, Widmer (remember Teaser  XPA), Oakshire (bbl aged Frederick’s Lost Arm?), and perhaps a bunch of unexpected ones. This will be fun. I would love to see more breweries come up with more tea-infused beers. Oolong IPA? Sounds good to me. 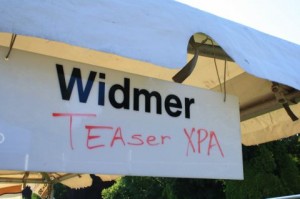 The biggest most baddest night of the entire 8-day week. It’s incredible. We are incredible. You and me. Bailey’s Taproom comes correct and wrecks everything to get you into some of the nation’s best beers brewed locally. They also just turned 6 and kicked off their new Upper Lip events space nearby. As a bonus, there are mostly one-offs from some of the area’s most dynamic brewers. The focus is always favoring Oregon and new and interesting styles. If you’ve been to one of these before, you know the scene here is off the hook. Bailey’s is the best beer bar in Portland to throw this kind of insane celebration of phenomenal beer and brewers! Check out all of their mindblowing events. It is an ode to Killer, fa sho! 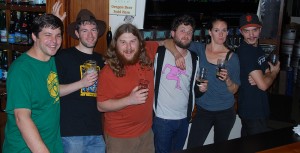 We are thinking about doing multiple events on multiple days. Want to work with new venues. Want to promote craft beer in new and fun ways. Love puns and silly word interplays. Now this post is getting into free flow. I need to go the sleep.  Let’s talk about this soon!