Here’s a few beers from Belmont Station that I recently tried that might be worth your time and money to check out: 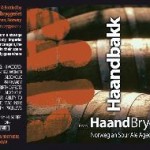 HaandBryggeriet Haandbaak:  Forget all the double A’s in the name (unless your Aaron). This wonderful Norwegian sour ale aged in oak barrels is a Nordic exposure to the Flemish. Pouring a deep chestnut-brown body with an attractive tan head, the Haandbaak possesses a welcoming cherry tartness coupled by a musky, tannin-laden nose.  This is not a beer for the weekend warrior.  This beer is complex and sophisticated.  Okay, it’s really purposefully infected with the Wild Yeast that you’ve grown to love in beers like Panil Barriquée, Rodenbach Classic Red, and even the Deschutes Dissident.  Give this one a whirl.  If you are a fan of the style, you shan’t be disappointed. RIYL: Deschutes Dissident, Panil Barriquee, Monk’s Cafe Flemish Sour Red

HaandBryggeriet Doppel Dram:  Double IPA all the way.  And all the way from Norway, this feisty beer has traveled quite well.  Upon first whiff, a sense that this beer is dutifully hopped.  Northwest flowery hops and English Goldings/Fuggles give this brew a striking citrus nose.  Lemon, orange, grapefruit esters jump out of the bottle and entice the hop zealot.  The flavor, however, tells another tale.  A deep, chalky malt underpinning give the palate a tenacious shift in opinion.  Molasses, toffee grit indicative of the 9% ABV in this spicy brew. The alcohol is carefully masked and the flavor intricacies unfold a new interpretation upon each sip.  Enjoy with a friend who appreciates bold and unique hopped beers. RIYL: Southern Tier Un*earthly, Nørrebro North Bridge Extreme, Three Floyds Dreadknaught

Hacker-Pschorr Dunkel Weiss:  This dark wheaten lager from is from Munich, German and a brewery that has been around 99 years longer than the Reinheitsgebot purity law of 1516. Pouring a mild brown body with a fluffy off-white head, this beer is quite easy drinking considering how rich it is.  Robust malty caramel flavors pair with a citrus hops bite, while the wheat and yeast play creates a creamy phenolic presence. Try it on tap at Belmont while you still can.  It’s quite delicious. RIYL: Erdinger Dunkel Weiss, Michelob Dunkel Weiss, Franziskaner Dunkel Hefe-Weisse

Heater-Allen Bobtoberfest: This McMinnville (Oregon) Marzen is the perfect treat for the 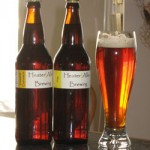 RIYL: Snoqualmie Harvest Moon Fest Beer, Paulaner Oktoberfestbier, Baron Oktoberfest cool harvest season.  With a bright caramel/dark orange body and a small wispy white, swirling head, this brew screams “Autumn!”  A sweet malty nose preludes a back of the tongue bittering bite.  Lots of snappy Munich/Viennas pair with Two-row malt to deliver a familiar yet authentic West Coast style.  “In memory of Bob Allen  Brother, teacher, brewer, and Friend.” Bob has got to be smiling about this beer! 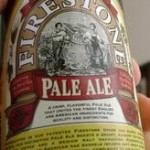 Firestone Walker Pale 31: Recently this pale ale medaled at the Great American Beer Festival along with a grip of other Firestone beers.  The key to this brewery is they know how to meld English and West Coast styles to create super drinkable ales.  Their specialty is perhaps the pale ale.  Alongside a more English-tasting counterpart in the DBA (Double Barrel Ale), the Pale 31 is a light, bubbly sessionable brew.  At 4.8% ABV, 31 is generously hopped with Cascades to give it a spicy, floral, and mildly piny nose.  Sharp on the tongue up front before creamily making its way down the gullet, this brew finishes with a faint bready maltness and a lingering full-on NW hops bitterness. RIYL: Sierra Nevada Pale Ale, Marin Mt Tam Pale Ale, Moylan’s Tipperary Pale Ale, Anchor Liberty Ale

Cascade Kriek Ale:  Another GABF medal winner, Cascade Brewing (known to many as the Raccoon Lodge on the Beaverton-Hillsdale Highway) won a bronze in its inaugural year of entry into the acclaimed festival.  A barrel-aged sour ale flavored with cherries, the Kriek pours a murky, carbonic amber with tones of brown and purple beneath a spotty beige thin head.  Spicy fruitiness and tingling effervescence combine with a pronounced tartness.  Spry, spritzy, and crisp, there is a hint of yogurt-like creaminess from the Lactobacilus yeast having its way in this party beer. Available in 750 ML bottles. RIYL: Cantillion Kriek, Oud Beersel Kriek, Boon Kriek 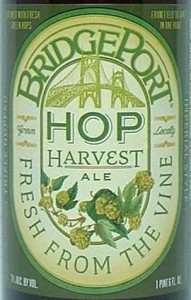 BridgePort Hop Harvest Ale: The 2008 BridgePort wet hop beer is quite amazing.  Steeped with a generous dose of whole cone Centennials, this is one fresh hop beer to rival all others.  According to BridgePort brewmaster Karl Ockert, the base recipe for this beer is an amped-up rendition of the original 1980’s Blue Heron Amber.  Dark copper-chestnut hues and a lavish creamy off-white head present a peppery hops nose and a chewy, mildly caramel malt spine.  Waves of hops approach the palate and start the taster off with a bitter tongue lashing before unfurling a flowery bouquet.  Quite complex for a hoppy beer, the Hop Harvest also possesses a distinct earthiness and sugary acidic bite.  The 7% ABV brew finishes with an awareness of biscuity grains and lingering nuttiness as well as an obvious piquant resinous spice.  This beer is also quite affordable at under $5 for a 22-ounce bottle.  If you get the chance, make sure to try it on cask at the brewpub as well. RIYL: Roots Hoppipotimus, Hopworks Fest of Fury, Ninkasi Believer Red, Double Mountain Killer Green