The New Year is upon us and what better way to celebrate then with some great craft beer at some local beer spots. There are quite a few bars around town that will be celebrating in their own way. Surprisingly, there are also a few places (and one blog) that will be celebrating anniversaries as well. It will be hard deciding which party to attend but they all sound like they should be fun. 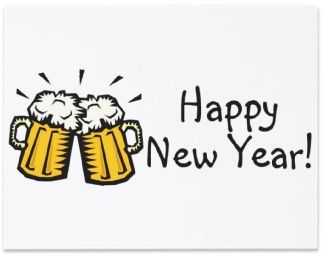 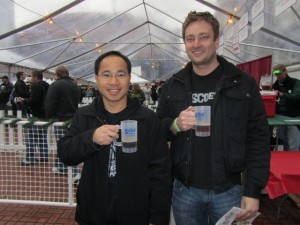 This months beer summit will be a celebration of our 4th Anniversary and New Year’s Eve. the event will begin on Dec 31st at 4 PM. We will be rolling out an 16 amazing specialty craft beers for the event(all on tap).

Come celebrate with Migration as we ring in the New Year Friday, December 31st.  Starting at 7pm we’ll be featuring live music and dj’s through the evening and of course will be doing a proper toast at 12am for big and beautiful 2011!  No cover, just great beer and good times!

Our favorite one-man wrecking crew, Tony Smiley, will be gracing us with his kick-ass arena rock tomorrow night (NYE) as we celebrate another great year together. Tony will be kicking out the jams from 9pm all the way through the proverbial ball-drop, and beyond. Hope all of you in the Hood can make it down to the Double! 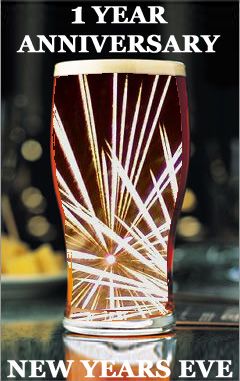 During our first year we struggled to find out footing and undoubtedly pissed off a few people along the way, but I am happy to say that the entire beer community has stayed supportive of the project. We intend to give back to the community in more ways than one beginning with the Glen Hay Falconer Foundation. Some of our favorite breweries have provided us with some of our favorite beers of the last year, and we will be tapping a few at NE Portland’s new hotspot, Grain & Gristle.

Last but not least… 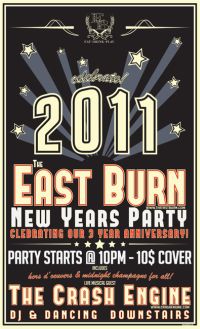