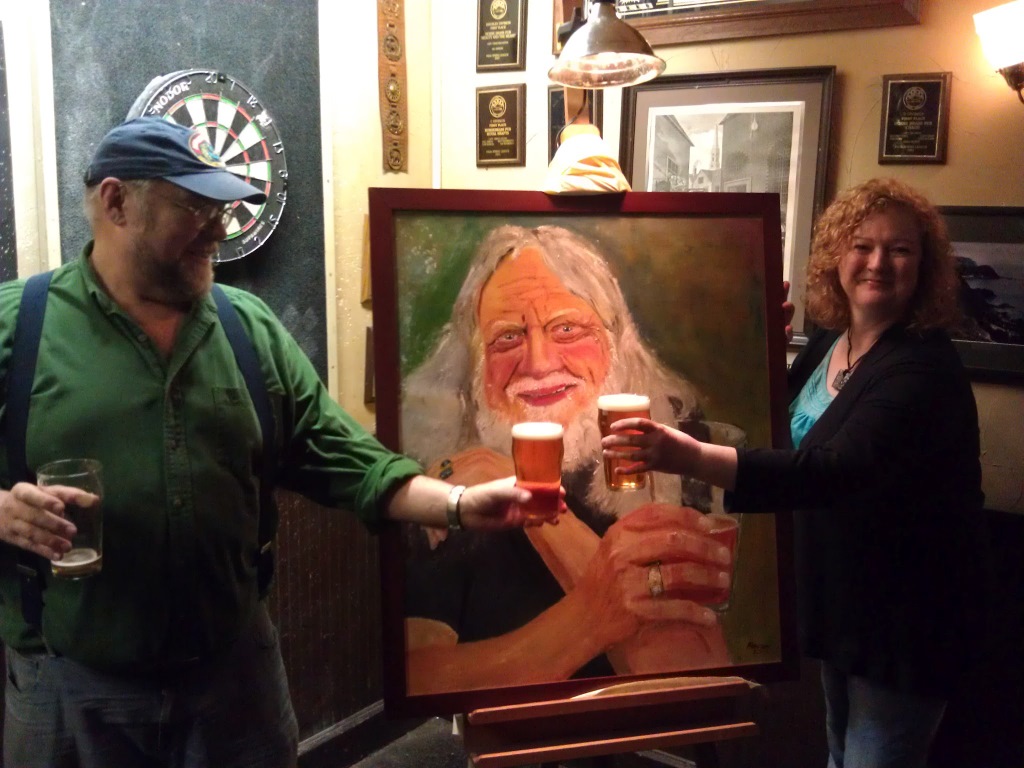 There were definitely great events being held this weekend in Beervana but there were also some great ones that filled the work week, specifically a memorable event this past Monday.  So with that we decided to share a “weekdays” review before the weekend was over. 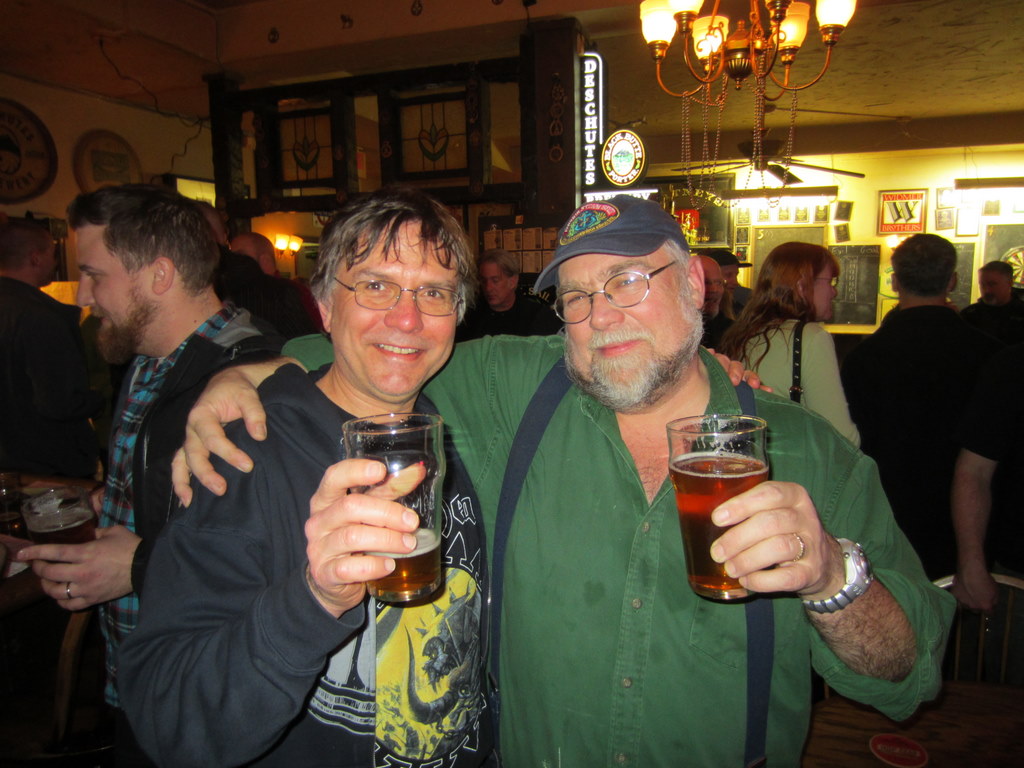 The week in beer got started on Monday at the Horse Brass with the unveiling of John Foyston’s portrait painting of the late Don Younger.  Near the 1 year anniversary of Don’s passing a wonderful portrait was painted and dedicated by John to the Horse Brass for a place of their choosing.  The painting is from a photo taken by Lisa Morrison.  Along with the unveiling of the painting there was a special beer tapping. 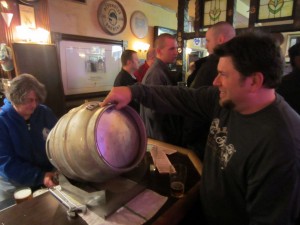 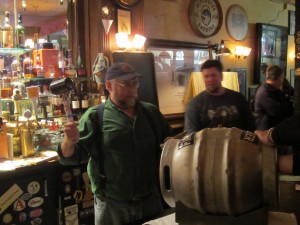 John Reid from Maletis beverage distributing coordinated with Firestone Walker to have a firkin of Union Jack on hand for the patrons in attendance.  With many Oregon brewers, friends of John, Don and the Brass it was night worthy of honoring Don’s memory. 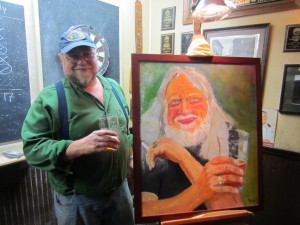 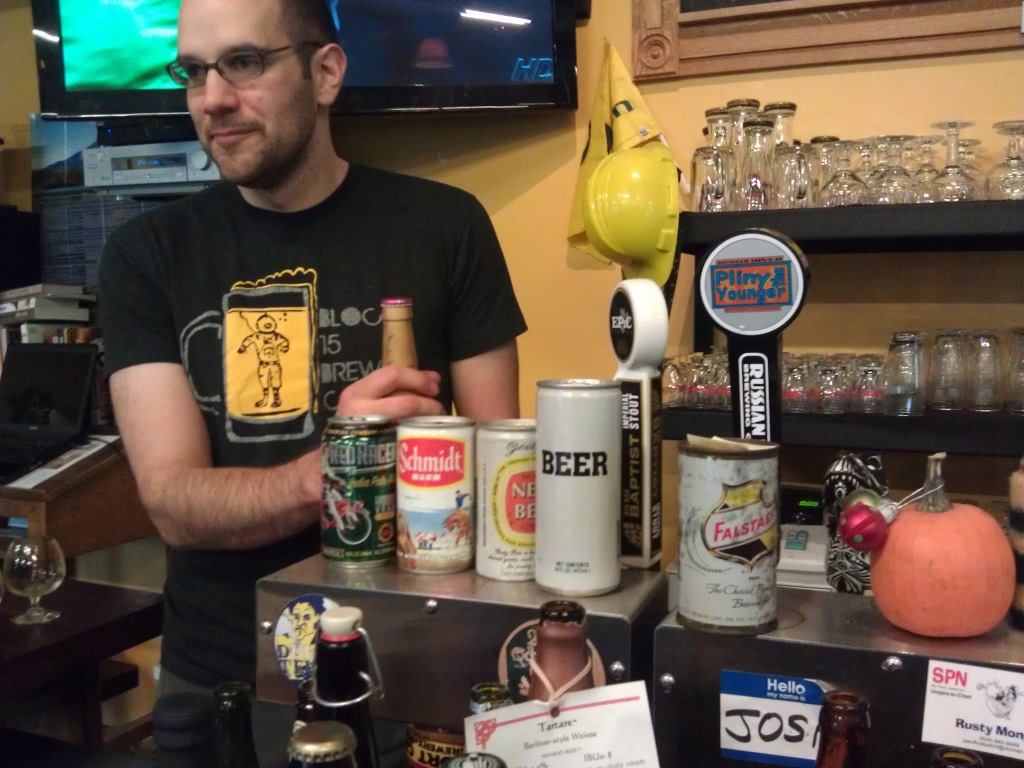 There was also a less, or rather not, publicized tapping of PtY at The Beermongers.  Beertender Josh Grgas was able to secure a 1/6 bbl for the fine establishment for a tapping on Wednesday afternoon for the loyal customers and friends of the Mongers.  Yours truly barely made it in time to get a 5 oz glass of the super IPA.  Everyone in attendance when I arrived were in jovial spirits, as you could imagine, after being able to get their palates on at least one full glass of the coveted beverage.  This allowed these few lucky ones to later avoid the the madness that I’m sure took place before and during the other tappings.

On Thursday we headed down to Eugene with the ultimate destination being Matthew Knight arena for the Ducks-Huskies basketball game.  Along the way there were a couple of beer stops of course which actually ended up being much more fun and satisfying than the event on the court. 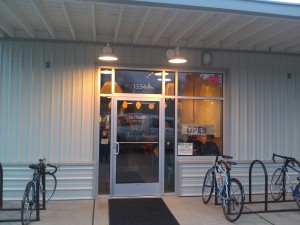 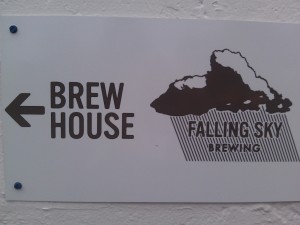 The first stop was at the recently opened  Falling Sky brewpub.  Falling Sky Brewing has been in business for a little while with a brew shop but will soon be commercially brewing up and serving their own beer at the pub next door.  The tap list didn’t include any of their own brews but they did have a small batch ready for the KLCC Brewfest during the weekend.

Since I wasn’t going to stay long enough to make it to the brewfest,  brewer Michael Zarkesh was kind enough to give me a sample of their Juniper Amber.   Falling Sky is a really nice spot with the view of the brewery through windows from inside the pub, and a great outdoor seating area in the south downtown area of Eugene, this is a place I look forward to visiting again next time I’m in town. 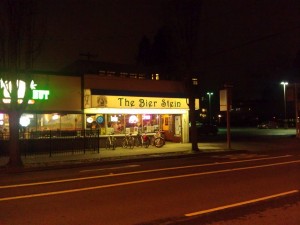 In between visiting Falling Sky and the basketball game we made our way to The Bier Stein for Green Flash Brewing night.  Green Flash’s northwest rep Dana Vasquez was on hand with samples of all their great bottled beers along with four drafts, including two beers not usually available in our area: “Fizzy Yellow Beer” a bohemian style pilsner and their Belgian Trippel. 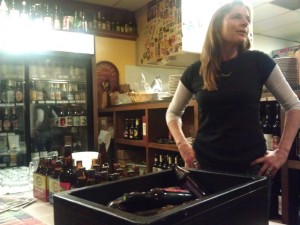 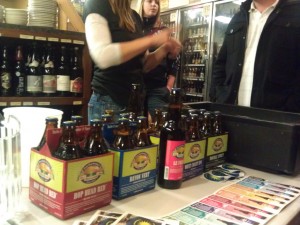 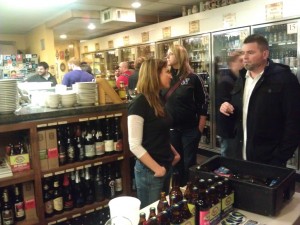 As for myself, I was all over the $5 special, which was a Rayon Vert poured in a special Green Flash Rayon Vert labeled glass.  After chatting a bit with Dana she gave me some good news for Green Flash fans. 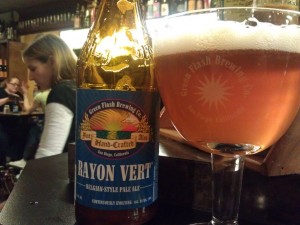 They will soon be shipping a few more styles of their delicious beverages to our region, as they have expanded their operations recently.   I know I speak for all hopheads when I say bring on the Palate Wrecker!  One other bonus to the Bier Stein visit was that I was able to pick up Block 15 bottles of Pappy’s Dark and Super Nebula, this saved me the effort of attending of worrying about getting one of the limited bottles which were to be available on Saturday at The Hop and Vine.

As I mentioned before we did eventually arrive at Matthew Knight Arena for the game.  We had a nice stroll through campus but the actual game was quite dull (for Huskies fans that is). 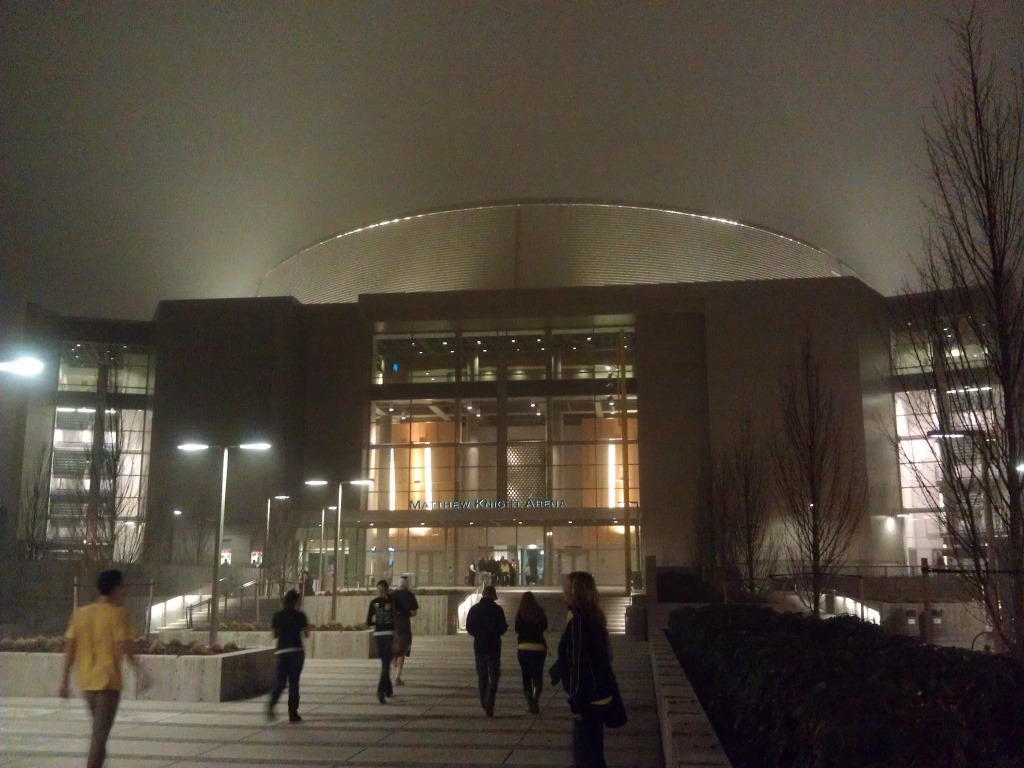 Hope you enjoyed your week in beer and of course the weekend too.