They say a picture is worth a thousand words, but how many beers is it worth? Who knows. Here’s some pictures we took or came across this week that we thought you would like to see. We also included a few words on each. 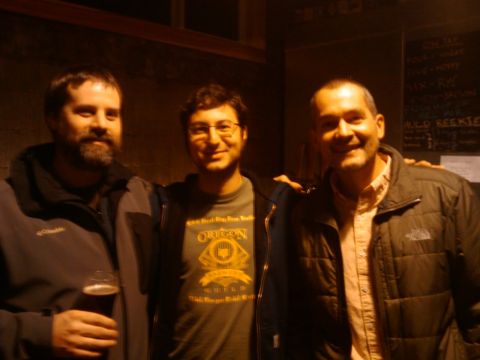 The Big Three. Taken on a cellphone camera, we ran into three of Oregon’s brewing big dogs. Curtis of Cascade, Alex of Upright, and Brett of Rogue were at Upright’s tasting room before the last Trailblazers home game against Utah. Curtis a Utah native, forgive him, was happy to see the Blazers fall to his Jazz. Alex was pouring his unique Turkey on Rye brew, a sour chili and chocolate beer unlike anything we’ve ever had. 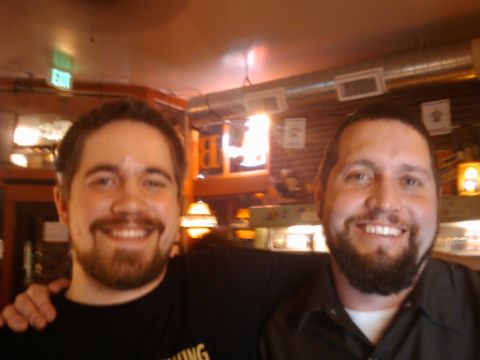 Separated at Birth? Two great beer minds and all around jovial dudes . We made a visit to Saraveza for a special meet the brewer event featuring Matt Van Wyk of Eugene’s Oakshire Brewing. The brewery brought their new Smokin’ Bagpipes Scotch Ale, Two Wheeler Red IPA, and other delicious faves like Very Ill-Tempered Gnome and Collaboration Eviler. These were served by Van Wyk’s long lost cousin Jonathan Carmean aka Oregon bartender of the year. 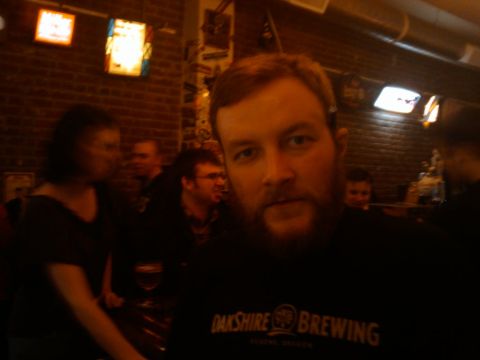 The Elder: Tyler the Elder is one of the best barkeeps of all-time. Filling out the all-star line-up of Saravazian sluggers, the Elder and Jonathan Carmean are like the Bash Bros from the Oakland A’s in the 1980s (sans the steroids). Having great beers is not all it takes to run a cool bar. Having a cool atmosphere with great staff is what sets Saraveza ahead of the pack. Thanks for the Sang Noir, sir. Respect your elders.

Only in Portland (in the US): Whilst traipsing about the streets of Southeast Portland, Oregon, I noticed this empty bottle of Kasteel Rouge off the sidewalk by a convenience store. At first I thought it must be a bottle of Mad Dog 20/20 or some ghetto booty liquor, but lo and behold, it was a bottle of Belgian joy. I don’t think I’ve seen a bottle of Flemish Red just tossed to the side like this. Cheap beer and empty potato chip bags, sure, but this is a bottle I’d keep in my window sill for a while in remembrance. 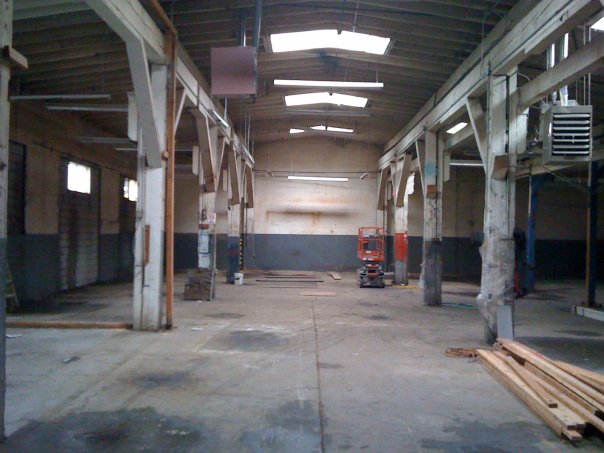 Dog’s Digs: We stumbled across this photo on Alan Sprints’ Facebook page. Sprints is the founder and brewer of Hair of the Dog. The brewery is moving to a new close-in Southeast location. Looks like there’s a lot of work a head for the esteemed brewery, but it looks like there will be plenty more space to do what they do best. 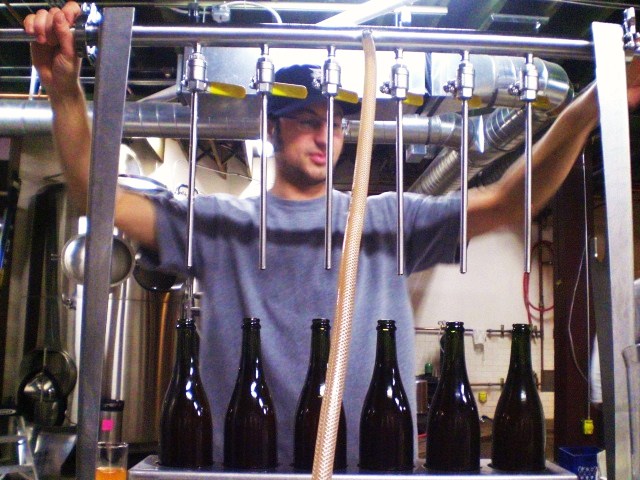 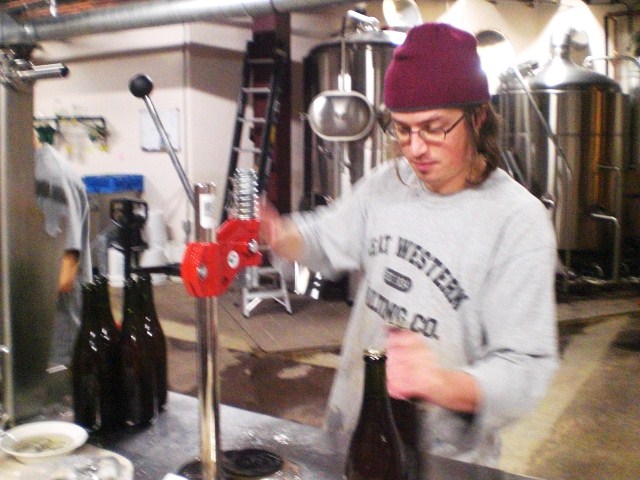 Four Play: Upright Brewing have been turning a lot of beer geeks’ heads lately. Brewers Alex Ganum and Gerritt Ill have seemingly boundless imaginations when it comes to recipe creation and flavor development. This week a special soured version of their wheaten Four Ale was drawn from Pinot Noir casks where added cherry fruit gave the brew a one-of-a-kind profiile. It was then bottled for further conditioning. Look for a special keg of this beautifully tart beer at Brewpublic’s upcoming My Beery Valentine event over Valentine’s Day/Zwickelmania weekend (February 13 and 14). Super limited bottles will arrive in future months as well. Stay tuned.

Super Jubel: Once every ten years Deschutes Brewing releases the Super Jubel, a jacked up rendition of the brewery’s beloved winter warmer ale. We saw this picture from a post on Deschutes’ Twitter page and it made us smile. 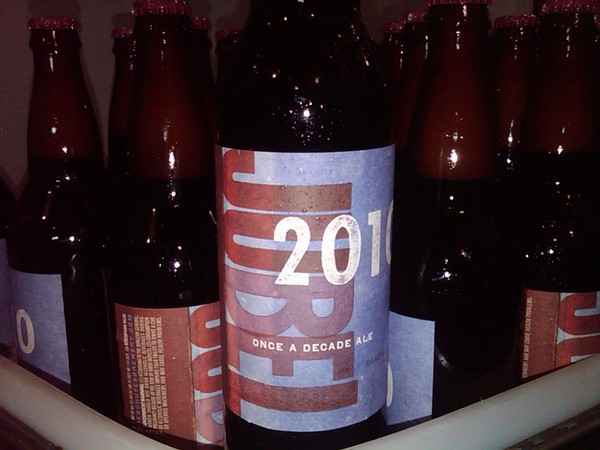