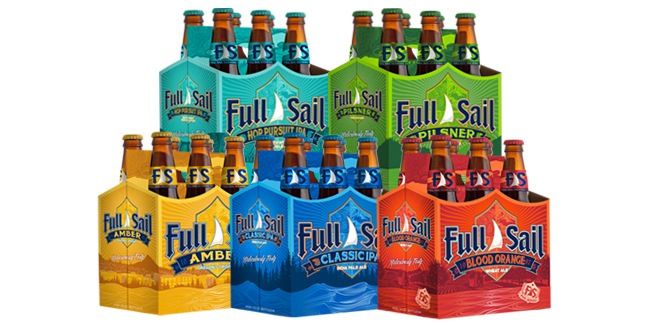 Just one year after its sale to San Francisco based Encore Consumer Capital, a private equity firm, Full Sail Brewing Company has announced that it’s rebranding its packaging. Settling on a new package design, the Hood River, Oregon brewery is ready to tackle new challenges ahead in the evolving craft beer industry. With these packaging changes and two new beers for 2016, Hop Pursuit IPA and Blood Orange Wheat Ale, Full Sail Brewing looks to revitalize its image that dates back to many years as it has continued to evolve since its inception in 1987.

“In an increasingly competitive craft-beer marketplace, we knew Full Sail’s packaging needed to be as notable and attention getting as the award-winning brews inside the bottle,” says Full Sail Executive Brewmaster Jamie Emmerson. The color palette, hand-drawn artwork and contrasting design elements that vary from package to package together tell a story about Full Sail’s environment, ingredients, geography, heritage, and taste.

A good brew starts with great water, and the new packaging’s water imagery honors this magnificent resource. “A layer of spot varnish that evokes flicker and catches the attention of your peripheral vision and hand-drawn, wavy lines in a moiré illustration style are the guiding visual elements,” says MiQ Willmott of TWEEQiM creativeLab, who penned the artwork. The revitalized Full Sail logo and coat of arms also breathe new life into the story behind the brand, highlighting Full Sail’s Oregon heritage and connection to the winds that blow through the Gorge, Mt. Hood’s majestic beauty, the mighty waters of the Columbia and the abundant agriculture that supplies the brewery. 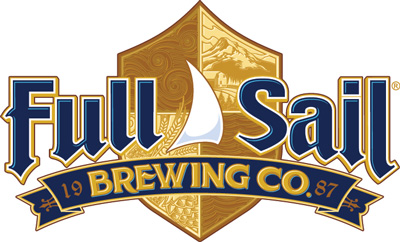 Subtle design elements on each package serve as a nod to Full Sail’s principles and priorities. A topographical map and GPS coordinates pinpoint the brewery’s location in Hood River and the Columbia Gorge, whose natural beauty and resources have always provided Full Sail’s inspiration. Artistic renderings pay homage to Hood River’s water sources, bounty of fresh ingredients, the brewery’s commitment to environmentally sustainable practices, and of course, the award-winning taste in each and every bottle.

“There’s never been a more exciting time to be a part of Full Sail,” says Full Sail Brewmaster Jim Kelter. “This rebranding reflects our pride and heritage as one of the original craft brewers as well as our vision for the future, which – more than anything – entails continuing to make delicious beer that we know our customers love.”