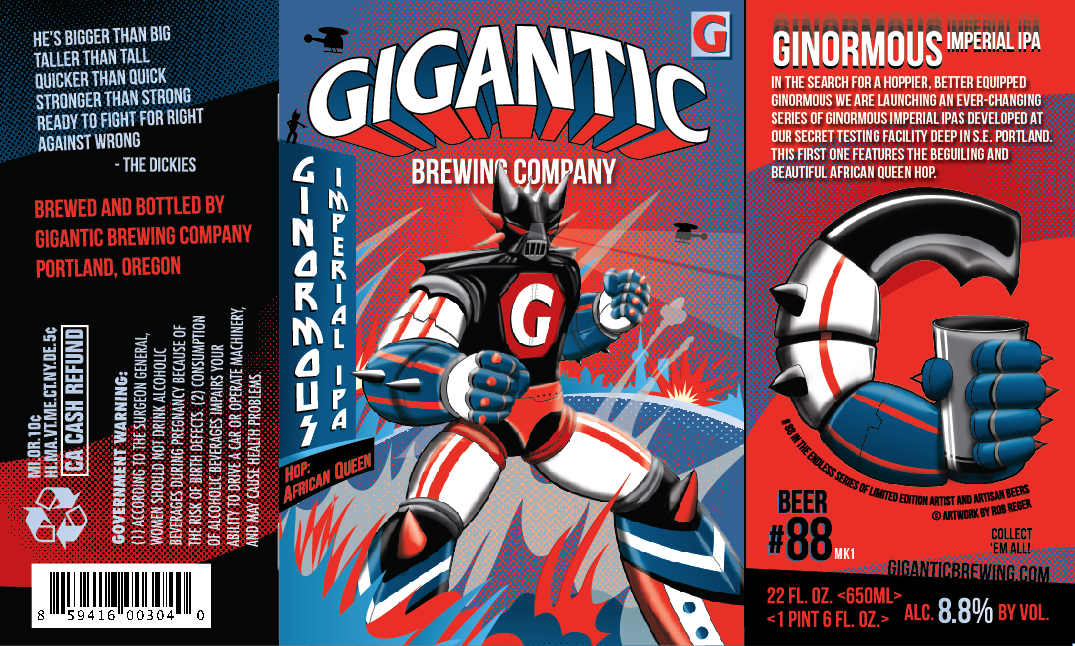 The second year-round beer that was brewed by Gigantic Brewing is about to experience a slight change. Beginning next week Gigantic will debut a new rotating version of its Ginormous Imperial IPA.

On Tuesday, June 6th from 3:00-9:00pm Gigantic Brewing will debut Ginormous MK1 at its Gigantic Taproom & Champagne Lounge in Southeast Portland. This new rotating version of Ginormous will feature a different hop bill with each release that will take place about every two months. First up with the new Ginormous MK1, this Imperial IPA features the new African Queen hop.

We have started a new program with our Ginormous Imperial IPA. We are going to be releasing a new version of Ginormous approximately every 7 weeks, each iteration featuring a new hop bill. We will be using some of the cool new hops – African Queen, Southern Aroma, Calista, and experimentals – and some of the favorites – Mosaic, Citra, Simcoe, Crystal, Nelson, and Galaxy.

To let people know that each beer is unique, every label will feature our robot Ginormo in a different position. We’ll also not the specific featured hop(s) and the beers will be numbered MK1, MK2, MK3 (Mark 1, Mark 2, Mark 3 – the way you track new production models of experimental machines… or robots)