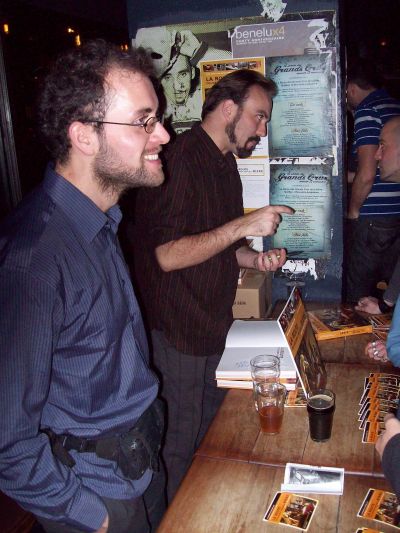 Two friends of mine released a beer guide and I would like to introduce you their work.

The first section gives the readers the basic tools that will enable the reader’s capacity to find what they like and to be able to understand and describe why they like it. A second section provides a brief summary of the distinguishable aspects of the 200+ breweries on the territory. If not all the establishments were visited, most of them were and at least one beer was tasted from each. The third section constitutes the heart of the book and justifies the title. Almost 100 beers are hand-picked by the authors and elected as “Grands Crus”, meaning world-class examples of their style. Unlike on beer rating websites, the chosen ales and lagers represent an extremely broad range of flavors. It is the authors’ wager that at least one of these beers could convert anyone to appreciate craft beer. A whole page is dedicated to each of the cherished elixirs, providing a complete description of the style, the tasting profile and suggesting food pairings or similar beers should you fall in love. The fourth and last section acts more as a beer hunter companion. The reader is encouraged to look out for his own favorites. A list of breweries and beers is all well and fine, but what matters is how to get a hold of them. Here, the well-travelled authors suggest itineraries for beer runs and provide list of the best stores to be impressed by the selection.

To complement the book, Olivier Germain has accompanied the authors on many beer trips where he took delightful pictures, often seizing the artistic souls behind many of the craft beers we love. Moreover, since the beer world is dynamic, the authors have launched a blog where travel notes, Grands Crus from outside the territory or various related articles can be read. Catch up at lescoureursdesboires.blogspot.com . -David Lévesque Gendron 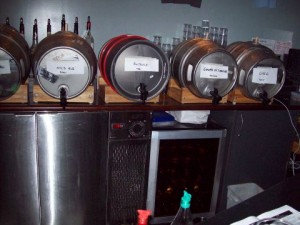 I assisted at two different events for the release of this book.  The first one was in collaboration with the editor of the book, Québec-Amérique.  The second event, the official beer geek one, has been hosted by Le Bénélux during their last cask night, on November 13, 2010.   I know that I’m extremely late to report it.  It was an overcrowded night where nine casks from Le Bénélux, Dieu du Ciel!, Hopfenstark, Broadway Pub, Brouhaha, Le Trou du Diable, Les Trois Mousquetaires, and Microbrasserie Charlevoix were on the menu.   As a beer geek, I always try to discover new beers.  Revisiting great beers in their cask version is a good way to give them a second life.  For, let’s say reasons like my birthday party and the friendly crowd, I have no notes about those casks and a portion of the event… but I can assure you that beers tasted there were awesome. 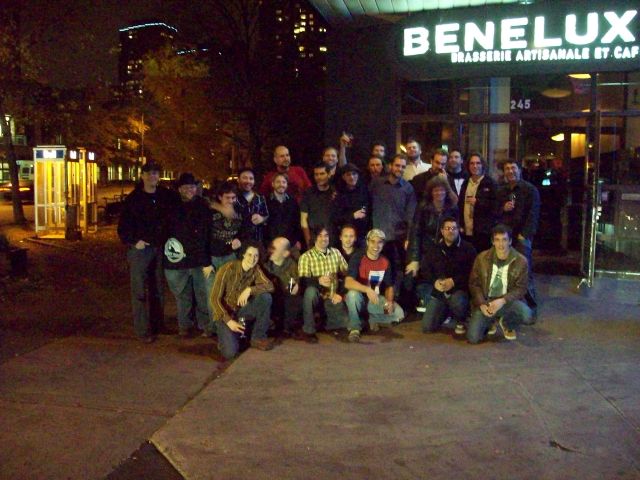 Fortunately, I’ll try to be more professional for the next occasion.  Another release party is set for April 16, 2011 at le Siboire in Sherbrooke.  Again, a list of exclusive casked beers will be presented there, including six tap beers from Hill Farmstead Brewery.  Be there!