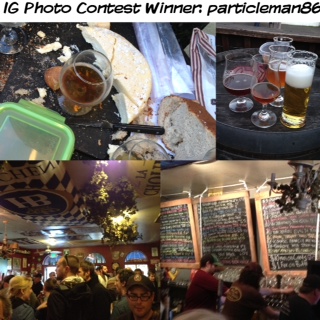 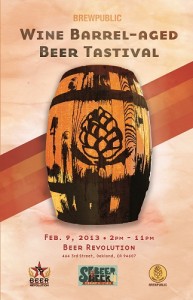 With a name like Tastival, how can one not have fun? Saturday, February 9th, was the first ever Wine Barrel-Aged Beer Tastival in the Bay Area put on at Beer Revolution in Oakland for SF Beer Week. There were over 30 beers that were sourced by Brewpublic from Northern California, Oregon, and beyond. I felt it was my duty to sample some of these delights and boy was I pleased with what I consumed. The day had all the ingredients for awesome: great people, cool venue, and damn tasty brews.

I am a pretty lucky gal living in the Bay. Over 500 events currently make SF Beer Week the largest beer week in the country. Though there are many fantastic events, a wine barrel-aged event was especially unique as it has not been done before in this area. Beer Revolution was packed solid for the majority of the day. Tables were full, lines to get one’s beer were long, and the noise level was high. To me, all those are signs of a successful turnout. Some attendees really got into it. I chatted with a group that brought their own homemade cheese wheel, jam, homemade fresh-baked bread, and sweet potato sticks to accompany their wine barrel-aged beer. 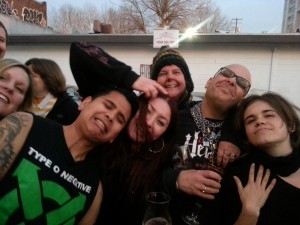 I spoke with many guests who came to the event because they were curious about the beers. Barrel-aged is a big trend in craft beer now, but bourbon barrels seem to be getting all the love and attention. A lot of craft lovers are not super familiar with wine barrel-aged and certainly not over 30 in one spot at an event highlighting this variety of brew. I heard nothing but positive feedback from people sipping their beers. Many folks were writing down what they were drinking because they did not want to forget since they were enjoying it so much. I think that after the Tastival, craft enthusiasts in the Bay Area were able to be a part of something they never have been before and tried beers they might not have otherwise had the opportunity to taste. Mission accomplished.

Last but certainly not least, I want to thank everyone who attended and helped with the Tastival. The beer lovin’ public got to be a part of somethin’ special, and so was I. As SF beer week continues on, it’ll be hard to find another event quite like this one…and none will have as cool of a name. 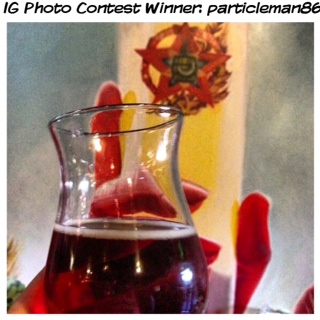 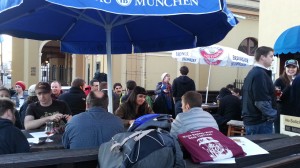 I feel honored to be a part of my first SF Beer Week. Living in Portland, Oregon for several years, it was easy to look at the craft beer world through a myopic lens. Now that I live in another great region for craft brew, albeit not quite as prolific as up north in Beervana, I feel lucky, like Kim, to have access to so many wonderful beers made by so many talented individuals.

The opening Saturday of SF Beer Week put us to the test for our first event. I was nervous that it wouldn’t turn out as good as I wanted it to, but hey, I’ve always got this stressing fear in the back of my mind when I work on events because I want them to be killer and go off without a hitch. For the most part, Brewpublic’s Wine Barrel-Aged Beer Tastival was just that – a huge hit! The pub at Beer Revolution quickly filled to capacity and stayed packed all day as folks lined-up for several offerings that they likely won’t see again. By the end of my five hour shift pour the beer I had helped to source, the bar had run out of 8 kegs that went on tap to start the afternoon’s festivities. 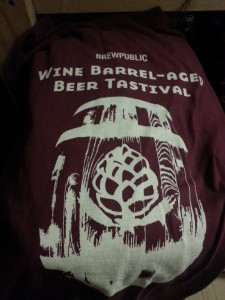 According to what I could gauge amongst the insanity, the most popular choices on this day appeared to be Upright Blend Edmunds, Block 15 White Framboise, The Commons Flemish Kiss, Hopworks Blosser Bomb, and Russian River Supplication and Sanctification. It was nice to see that folks were diggin’ the not so frequently available Oregon breweries’ stuff. Lompoc Franc’ly Brewdolph, Fort George South, and GoodLife Syrah Barrel-Aged Pass Stout were other top picks of the day. There was no denying that these good people in attendance loved the theme of the day. The rich wine and barrel character of the beers really added some distinctly interesting elements to the base brews that they had been sitting on. What a fun time! Chaotic, but fun indeed.

But as can now be expected with Beer Revolution special events, and especially those taking place amidst SF Beer Week, this was just the beginning of the madness. Stay tuned. We’ll bring you more reviews of the festivities…

ps- We’ve still got a few t-shirts left from the Wine Barrel-Aged Beer Tastival. If you’re interested in buying one, email angelo at brewpublic dot com or stop by Beer Revolution.