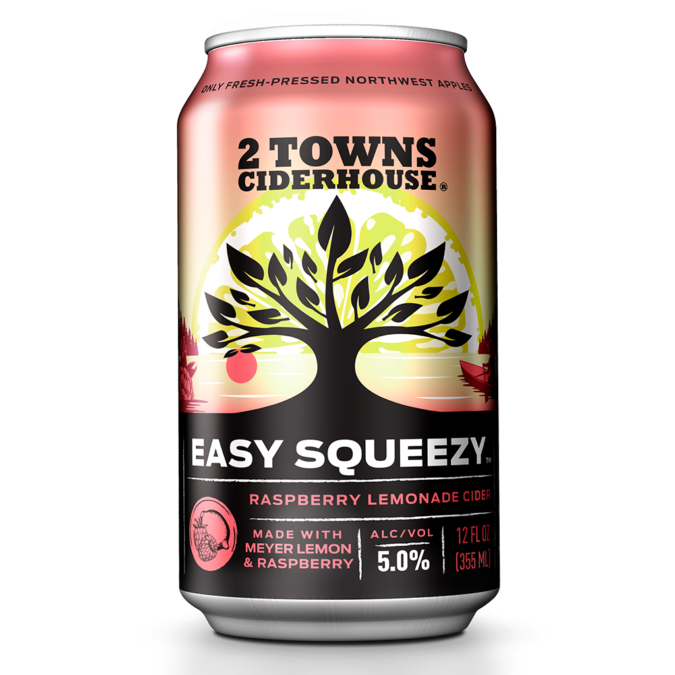 Last summer, 2 Towns Ciderhouse debuted Easy Peasy as a seasonal cider. Since demand for this was large, the cider maker decided to add it to its year round offerings.

“This cider is a a great mixture of everything the West coast has to offer. We have Washington grown apples, Oregon grown raspberries, and California Meyer Lemons,“ said Lee Larsen, CEO and co-founder of 2 Towns in a statement. “We think this will really round out our year-round series.”

Easy Squeezy is available in cans, bottles and on draft. 2 Towns will be including Easy Squeezy in its 12 can-variety pack alongside BrightCider, Made Marion and Pacific Pineapple. Easy Squeezy will be available to distributors throughout Oregon, Washington, California, Alaska, Idaho, Hawaii, Chicago and parts of Minnesota, and Montana.