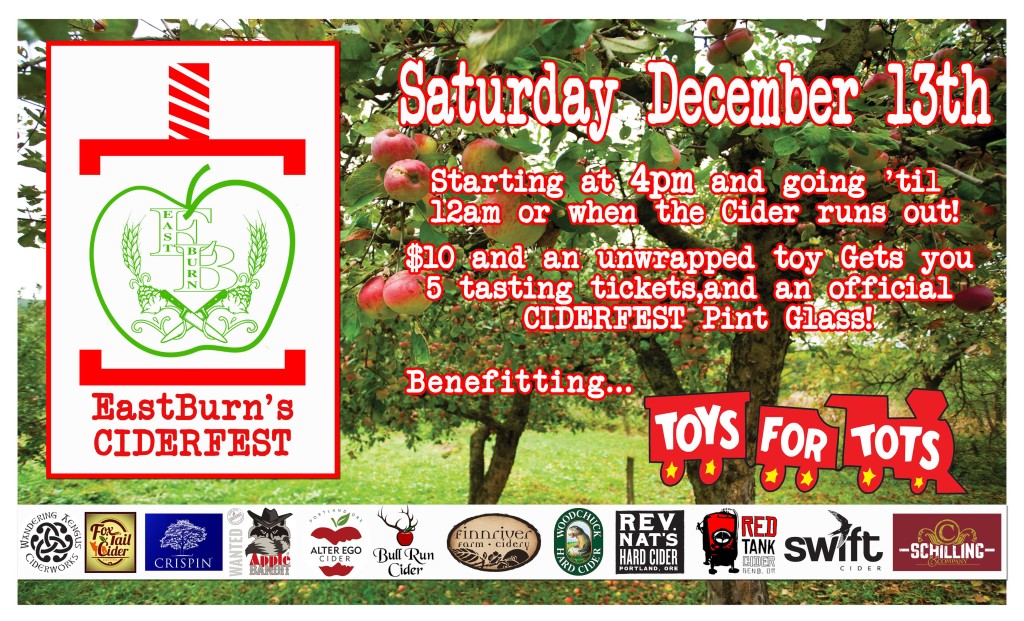 The inaugural EastBurn CIDERFEST will celebrate many of the regions best cider. Taking place on Saturday, December 13th, EastBurn will be bringing craft cider to the forefront beginning at 4:oopm and running through Midnight.

Since the holidays are fast approaching, EastBurn is also using this day to help raise money for Toys for Tots. Entry to CIDERFEST is $10 and this includes a CIDERFEST pint glass along with five taster tickets. Each ticket gets a 4oz taster and additional drink tickets are $1 each.

In addition to some great cider on tap, EastBurn will also have great live music from members of Fruition and New Solution!

CIDERFEST will feature cider from:

So make sure to bring a nice unwrapped toy that will assist in making one kid’s Holiday Season a bit more enjoyable!