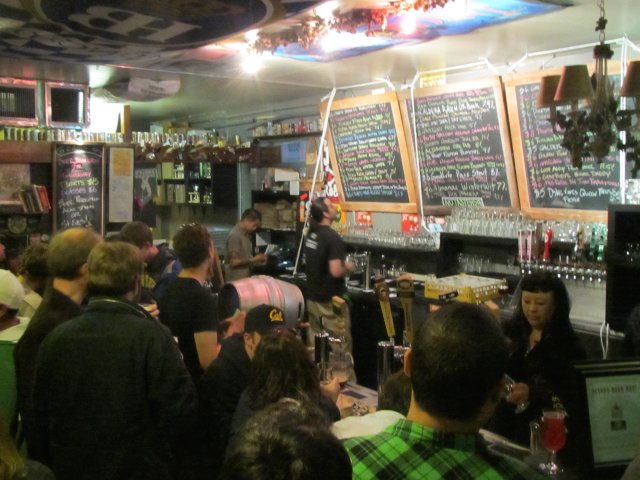 What. A. Weekend. Certainly a memorable one to say the very least. It had its ups and downs, but overall, it was positive; the glass more than half full. 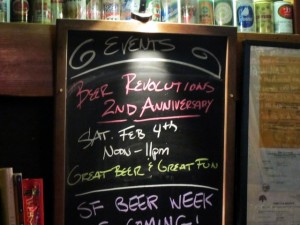 The highlight of the past weekend was indeed spending two days in Oakland, California at Beer Revolution. If you haven’t been to this place yet, you really need to make plans to check it out asap. They’ve got close to fifty rotating taps of craft beer, mostly regionally sourced, and hundreds of choice bottled brews, safely stowed in refrigerated units. Husband and wife owners Fraggle and Rebecca provide a casual blue 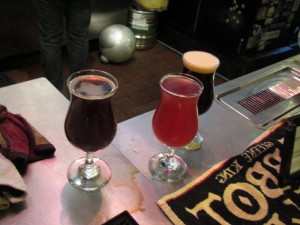 collar atmosphere with reasonable prices. The staff is friendly and quite passionate and educated about the products they are slinging. For Beer Rev’s second anniversary celebration on Saturday February 4, 2012, the tap lines were cleared from the previous night and we counted 45 rotating taps of some of the best brews anywhere on the West Coast. In fact, many Oregon beers were pouring that we’re even hard pressed to find in the Portland area. This is because the staff travels far and wide in pursuit of the perfect pint. Special offerings from Bend breweries such Boneyard Beer, Deschutes Brewery (brewed a special “Ryeders on the Storm” ale just for this event), and GoodLife Brewing were featured on this night, as was goods from Beer ValleyBrewing (Ontario, OR), Everybody’s Brewing (White Salmon, WA), Amnesia Brewing (Portland, OR) and Hopworks Urban Brewery (Portland, OR). Here’s a look at the menu boards so you can see what we mean: 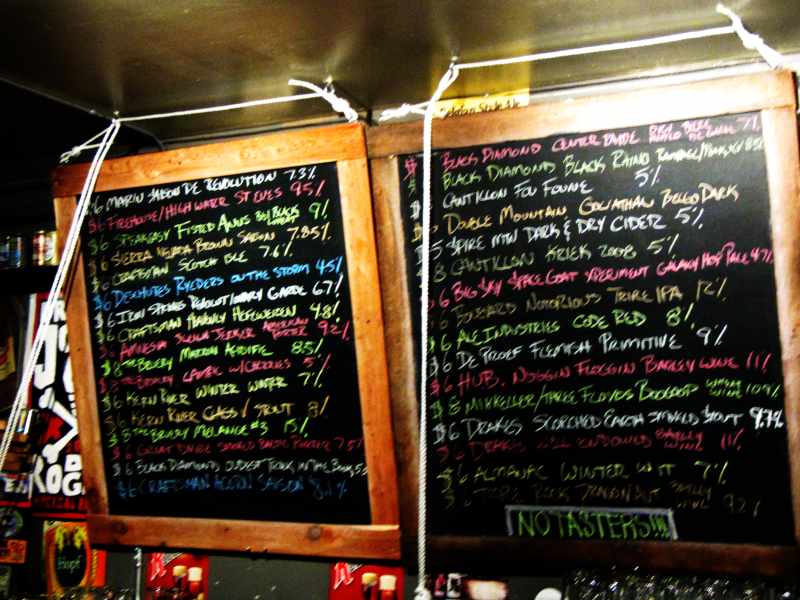 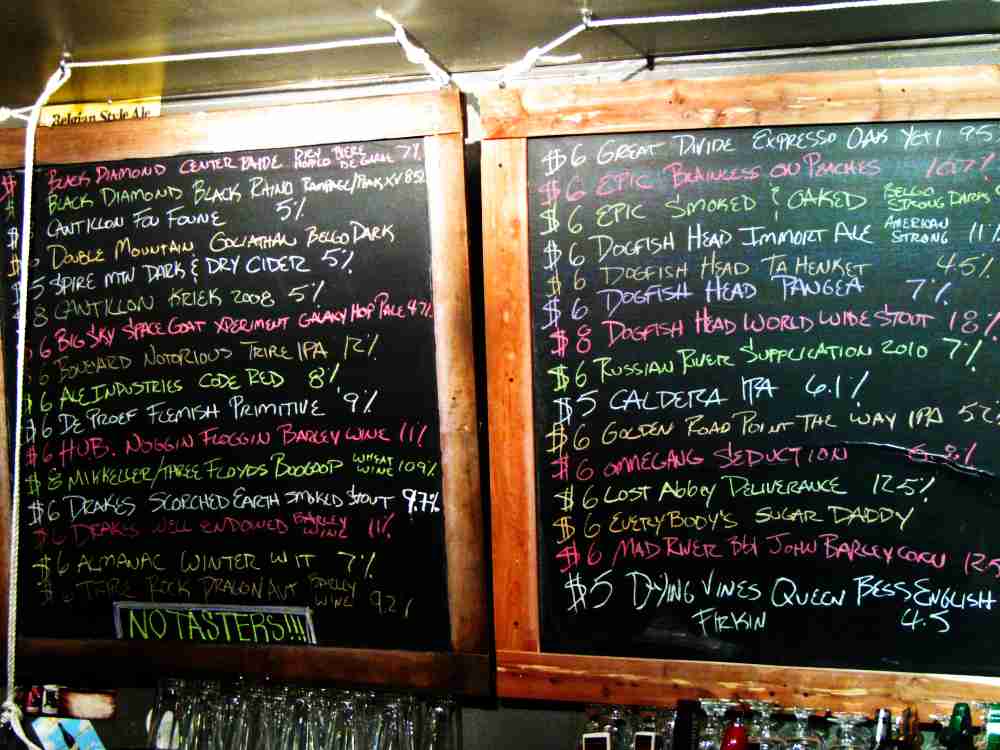 You can learn more about the specialty beers made for this event here. 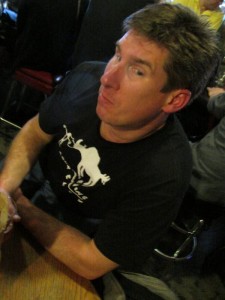 The great thing about enjoying world class beer is not always the beer itself. Having friends to share the experience with is always key. It was great to kick it with Ashley Routson (@TheBeerWench), Mt Tabor brewer and FH Steinbart employee Duke Geren (@Dukester), New Brew Thursday‘s Stephen Johnson (@darthweef), Arik (@PhatEmoKid), Taylor (@TheArtofBeer), and so many more. Many regional brewers were on hand including James Costa of Oakland Brewing Co, Derek Smith of Black Diamond Brewing Co., and Daniel Del Grande of Bison Brewing Co. 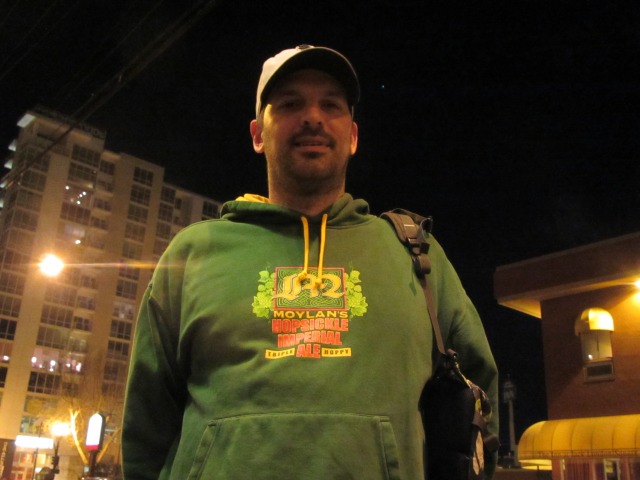 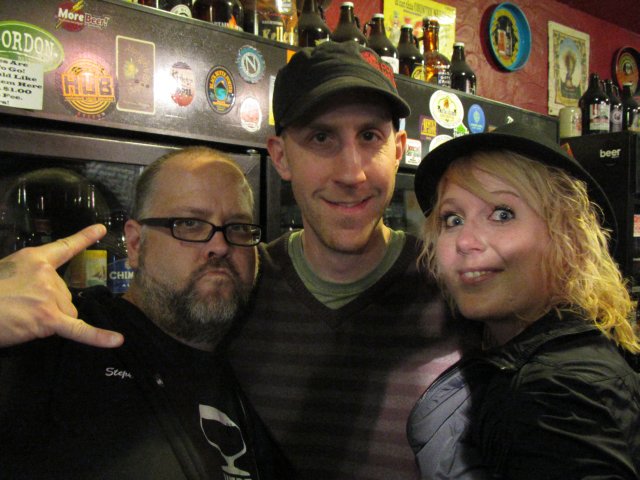 It was a bustling good time where so many new friends were made and lots of terrific beers were imbibed. One other highlight of the night was a huge vegan chocolate anniversary cake that was provided by the Beer Rev staff. Simply delicious. 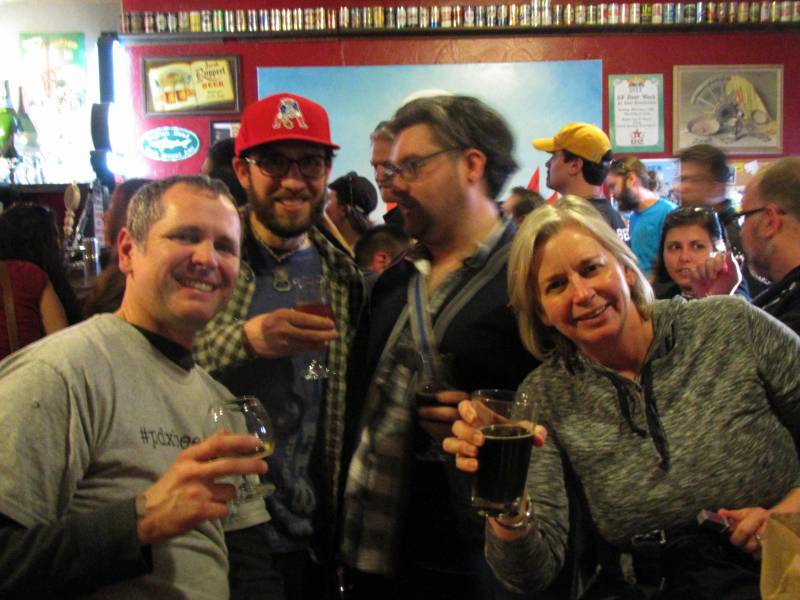 Some of the unquestionable highlights, beerwise, of the evening was a 2008 Kriek and a Fou Foune from Cantillon, as well as a Lambic with Cherries and Melange #3 from The Bruery. We even got to try a quite dank IPA from Los Angeles startup brewery Golden Road, where former Full Sail and Fanno Creek brewer Cole Hackbarth is now producing some killer brews. 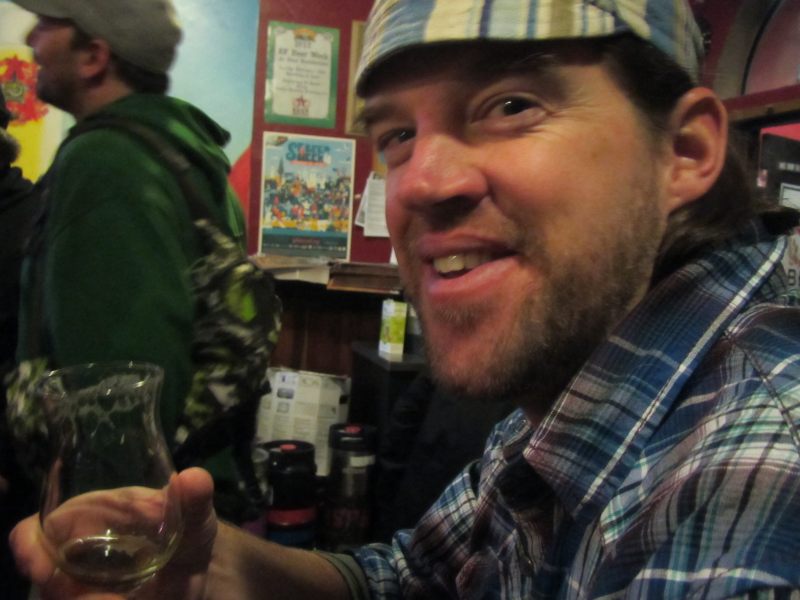 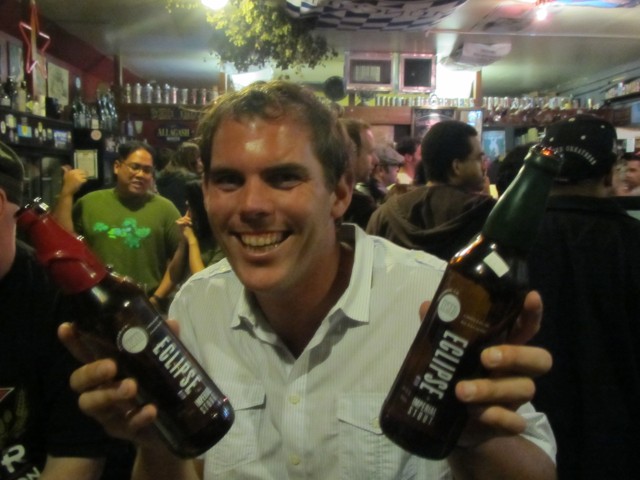 As previously mentioned, this was as much about the experiences shared with these wonderful people as it was about the mindblowingly off the chain brews featured. Congratulations to Beer Revolution on two spectacular years, and here’s to many, many more! Cheers!