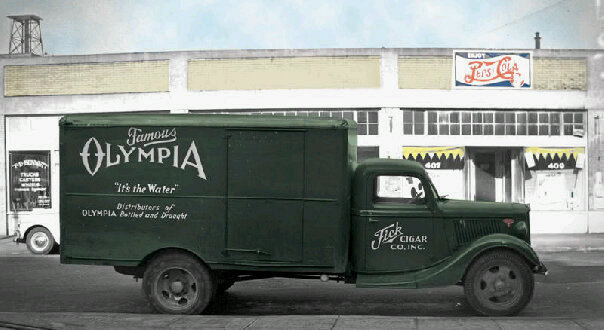 After recently speaking with Brant Kunze of the newly opened taproom and bottleshop known as “Bottles” in Portland’s Beaumont Neighborhood, we were inspired by a new idea. Kunze mentioned a reoccurring event his shop would host called “Meet the Distributor” where patrons could stop by and become familiarized with the men and women who distribute beer to the community. In fact, most times you’re having a beer at your favorite watering hole, whether it be Belmont Station, Horse Brass, Saraveza, The BeerMongers, Apex, etc, you are likely in the presence of a distributor. Beer and alcohol distribution currently operates in Oregon and most states within the three-tier system since the repeal of Prohibition in 1933. In addition to the distributors, the other two tiers include producers (include brewers, wine makers, distillers and importers) and retailers. In some instances, self-distribution and brewpub sales make it so not all three tiers are needed, but in greater volumes, distributors play an integral role in getting the breweries’ beer into the hands of the consumer. The basic premise of the system is that the producer must sell to the distributor who must then sell to the retailer (and only retailers may sell to consumers).

To learn more about the world of beer from a distributor’s perspective, we spoke with Jim Fick, part owner and Vice President with General Distributors.

Tell us a little about General Distributors, the history, and your role with the company.

Jim Fick: We have been in business since Prohibition ended in 1933 and are located in Oregon City. My Grandfather started the company and my siblings and I as the third generation are deeply involved. My Father is CEO, my brother is President, I’m VP, and my two sisters serve on the board of directors.

How many employees do you have and what region do you cover? 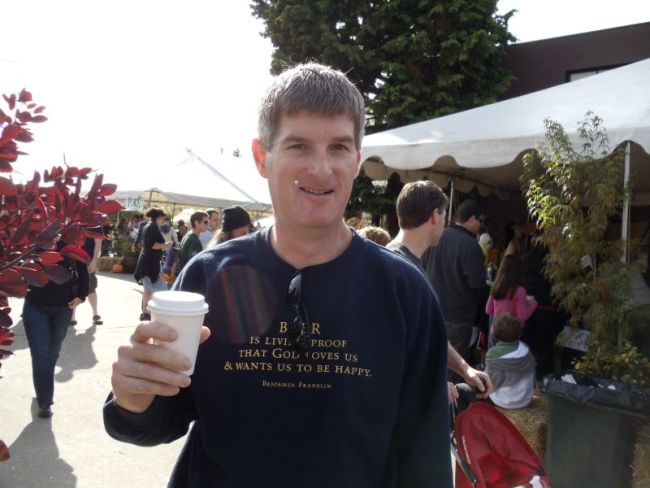 What products does General work with?

What is your view of the three-tier distributor system that has been in place since after Prohibition ended?

JF: I think hardly anybody knows much about it, I sure didn’t. It works well in general but it could be improved upon. I think Oregon’s beer distribution laws are better for craft brewers than most other states’, with the right to self-distribute up to 5,000 barrels per year here. We fully supported the change in the limit from 1,000 to 5,000 barrels. We feel it is good for brewers to get their feet wet self-distributing in the marketplace to learn the challenges and headaches of distribution so when they decide they are sick of doing it and want to sign up with a distributor they will have a better understanding of what value we add to the process. One change to the three-tier system I think would be beneficial is the ability of a craft brewer to change distributors if they are unhappy as long as the volume they represent is below a certain threshold of the distributor’s volume, say five or ten percent. Currently if the distributor is unwilling to sell the brand rights the craft brewer is stuck and unhappy unless they are willing to undergo a legal termination process of the distributor for non-performance. The system was originally setup to protect retailers and distributors from the large brewers, it doesn’t need to restrict craft brewers from moving. 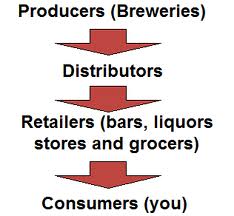 The somewhat unseen problem with the three-tier system for craft brewers is distributor consolidation. As large distributors buy up smaller ones nationwide, forced/encouraged by the big brewers, craft brewers are finding it harder to have somewhere to go. In many markets, only having one option means you are buried in their salesbook 100 brewers down the list, not getting any attention. Or, you can go with a specialty distributor who doesn’t have a major brand and therefore doesn’t have the greatest coverage to the “mom and pop” retail and on-premise establishments, so you miss out on opportunities. It’s a tough call for a brewer just getting out into the market to make.

Also, it should be noted that in Oregon you can actually buy beer off a distributor’s dock. (Three case or a 1/6 barrel minimum by law) Not too many people realize that but our own dock is actually our #1 account.

What are some of the challenges distributors face?

JF: There’s always the threat of a large tax increase. Remember last session an increase in the Oregon beer tax of over 1900% was introduced. Such a draconian increase would have had a devastating effect on Oregon beer sales. Fortunately, the Oregon distributors, Oregon Brewer’s Guild, and the general craft brewing community successfully lobbied the legislature to kill such an increase. It was great to be down in Salem with folks like Gary Fish (Deschutes), Kurt Widmer (Widmer Bros), and Irene Firmat (Full Sail). They have a great story to tell legislators and are effective in their lobbying efforts.

The other big threat is legal. State laws nationwide are being challenged by large retailers in court and by initiatives like I-1100 in Washington (editor’s note: The Washington Privatize Liquor Distribution, also known as I-1100 and the Costco Initiative, will appear on the November 2, 2010 ballot in Washington as an Initiative to the People. The proposed measure would close state liquor stores and authorize sale, distribution, and importation by private parties.)

What do you enjoy most about working as a distributor?

JF: People are fun in this industry. Beer is a social product, okay to drink at home by yourself but even better to drink with friends or down at the bar or tavern or wherever. Getting out and meeting brewers, taproom owners and servers, craft beer enthusiasts, and attending conventions, is all a blast. Selling beer is the best business to be in. Craft brewers tend to be small family owned businesses, just like we are, and this business is all about relationships. We don’t just plunk beer down on the retailer’s floor in the back, we build brands together.

How has the craft beer revolution impacted General’s role in the beer world?

JF: It has grown tremendously in importance the last 10-15 years or so. Awareness continues to grow, and people continue to switch to craft beer. I think young adults of both sexes are increasingly into the enjoyment of trying something new and different in breweries and styles. Craft beer is roughly a third of all dollar beer sales in grocery stores in Portland. As growth has continued, we have devoted more and more resources to this segment of the market. I don’t think we’re anywhere near the limit of what craft beer can do in the Portland area in terms of market share.

Thanks for the interview, Jim.

To learn more about General Distributors, visit their website: http://generaldistributors.com